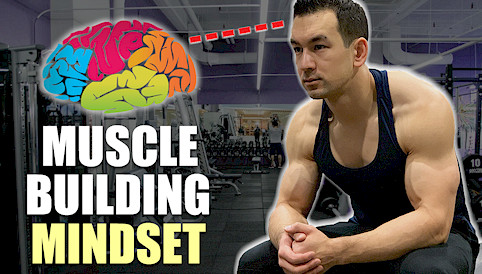 While many lifters focus solely on the mechanical side of proper training, nutrition, and supplementation…

…The ability to implement those things consistently depends on being in the right frame of mind.

Your attitude, and the way you view and perceive things throughout your fitness journey, can make the difference between success and failure.

In this article, we’ll go over five bodybuilding mindset tips that’ll boost adherence and help you reach your goals faster.

1. Remember That Every “Fit” Person Was Once a Beginner 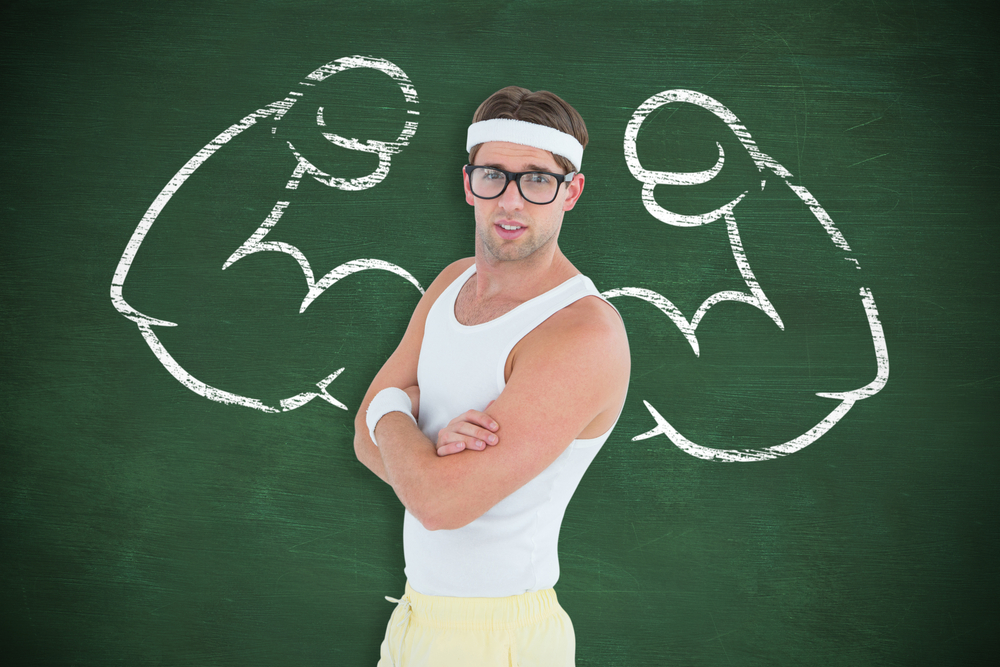 It’s easy to pedestalize someone who’s already put in the time and effort to build an impressive physique.

You might believe their accomplishment is a huge and lofty goal only reserved for a select few. But remember: every single one of them started somewhere.

They don’t have any magical qualities that you don’t have. And a lot of them were really skinny or overweight to begin with, which motivated them to get fit in the first place.

They had a vision. They had a goal. Then, they followed a process consistently until they got their desired result. So, follow the same process and you’ll get similar results.

Sure, genetics do play a role; there’s no question about that. But anyone can build an impressive physique by committing to a proper program and following through on it.

Speaking for myself, I was skinny before I started to work out, and felt insecure about it.

I also knew nothing about lifting. It was a foreign world to me. I didn’t know what a compound exercise was. I had zero concepts of calories or macros. And, I had never heard of whey or creatine.

I remember printing exercise tutorials and following the instructions in my basement with a plastic weight set from Walmart.

I also remember my older brother’s friend being over and making fun of me for trying. And now, here I am as a fitness coach teaching others how to get in shape.

So, don’t pedestalize anyone. The people you see at the gym who are in great shape are literally you in the future if you put in the work. This is an important mindset to adopt.

One of the main things that can push you into action and cause you to commit is knowing in advance that you’ll succeed.

Thus, remember that everyone who’s in great shape was once a beginner. That’ll help you view your goal as more realistic and attainable.

2. Recognize The Long-Term ROI Of Fitness 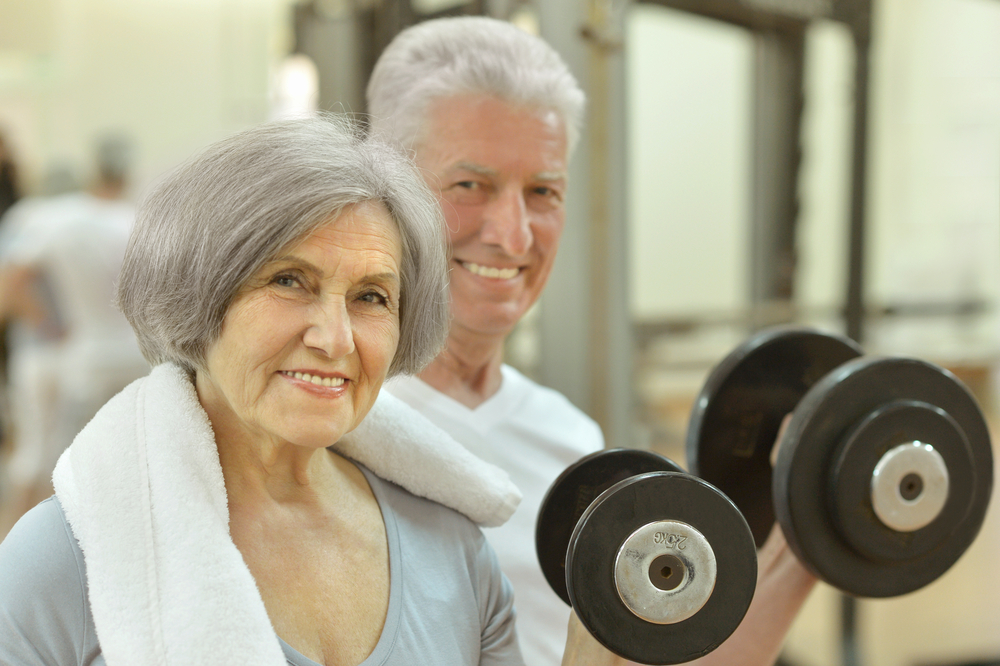 It’s easy to think short-term and only focus on the immediate benefits of committing to a workout and nutrition plan. But it is just as important to think about the long-term effects.

When you put in the work in the beginning stages, you’ll build proper training and nutrition habits, which can pay dividends for the rest of your life.

Remember: fitness isn’t something that you’ll do for the next six or twelve months. It’s a lifelong game that’ll benefit you 10, 20, 60, or even more years down the line.

I’m not just talking about an aesthetics benefits here. You’ll also reap the rewards in terms of health, strength, energy, confidence, and mindset.

I’d say that on average, it only takes one or two years before your workout and nutrition plan become a usual part of your weekly routine.

You’ll then no longer have to think about going to the gym or eating healthy—it has become a part of your personality. It’s ingrained deep in your sense of self.

When you think of it, one to two years isn’t that long in the overall scope of your life. So if you’re still new and feel overwhelmed, that’s normal.

Just remember that fitness is a skill like anything else. It’s okay to go through an initial “grind” period where things seem unfamiliar or even frustrating.

But as you learn how to eat and train properly, and integrate that into your life, it gets easier and easier, eventually becoming automatic.

So, keep in mind that adopting these new habits is not only going to serve you in the short term. It’s going to benefit you for the rest of your life.

Such a long-term view guides you through the initial stages when things feel more challenging. It’ll help you reach the point where your new lifestyle has become second nature.

And that’s when you truly can slap a big “S” on your chest… because you’ll be unstoppable.

3. Adopt A Slow-And-Steady Frame Of Mind 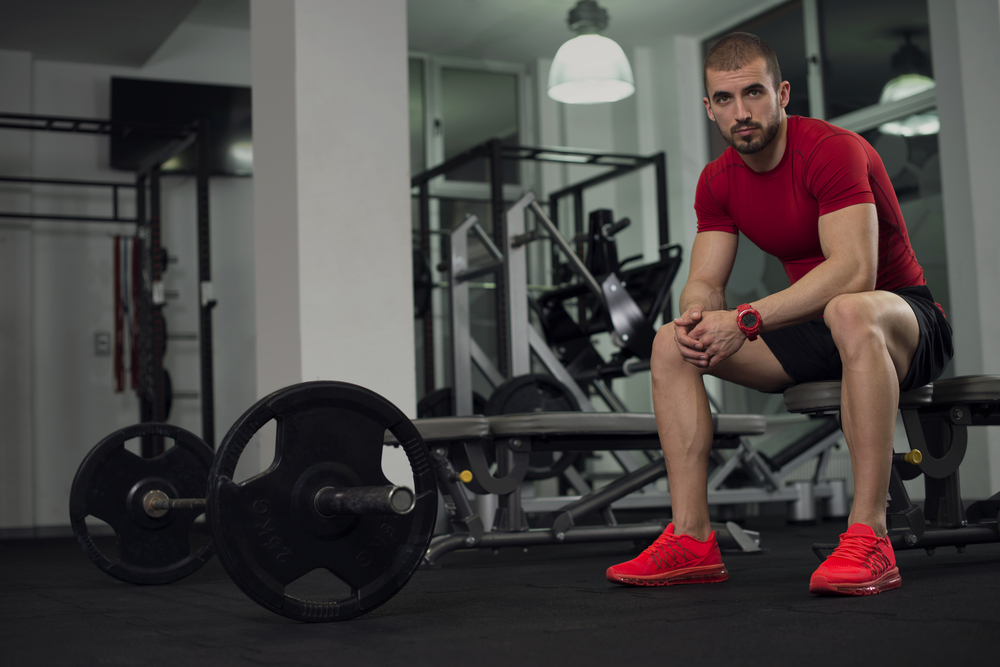 Many people approach their muscle building goals with a “speed” mindset. They try to rush things and force the process to happen as quickly as possible.

With all the “quick fix” info out there, I can’t blame people for falling into this mindset, especially beginners. But the reality is that trying to build muscle “fast” is one of the biggest mistakes you can make.

It raises the chance you’ll make mistakes in your approach that slow down your progress in the long term or even throw you off track altogether.

For example, you might force-feed yourself in the hope that eating more calories leads to faster growth. But the only thing that those excess calories will do is growing your midsection, when you could have been clean bulking.

Or, it may make you impatient in the gym, leading you to add weight to your exercises too quickly. Not only can that cause you to learn improper form, but it also increases injury risk.

As a result, you might be forced to spend time on the sidelines to recover from a preventable injury. Or, you might even trigger a joint issue that’ll stay with you for months, years, or even decades.

Those are not even the most common issues with trying to build muscle too fast. The main problem is that it can cause unrealistic expectations.

Many people expect to go from skinny to Spartacus or from flabby to firm in just a couple of weeks or months of training.  When the results then don’t live up to those expectations, people often throw in the towel due to a loss of motivation.

That’s why it’s crucial to acknowledge from the start that it takes months and even years to build a significant amount of muscle.

So, don’t check the mirror every two hours to see if you’ve made extra gains. Instead, remember that beginner and intermediate lifters can add anywhere from one to three pounds per month.

Therefore, slow down and take your time. Focus on building good habits, such as being consistent, training hard, and getting the right amount of protein and calories.

Nothing major will happen from week to week. But when you build and maintain the right habits, you’ll see significant progress over the course of months and years.

In the big picture, taking a slower approach is the fastest way to gain muscle, as counter-intuitive as that might sound.

4. Focus On Consistency Instead Of Perfection 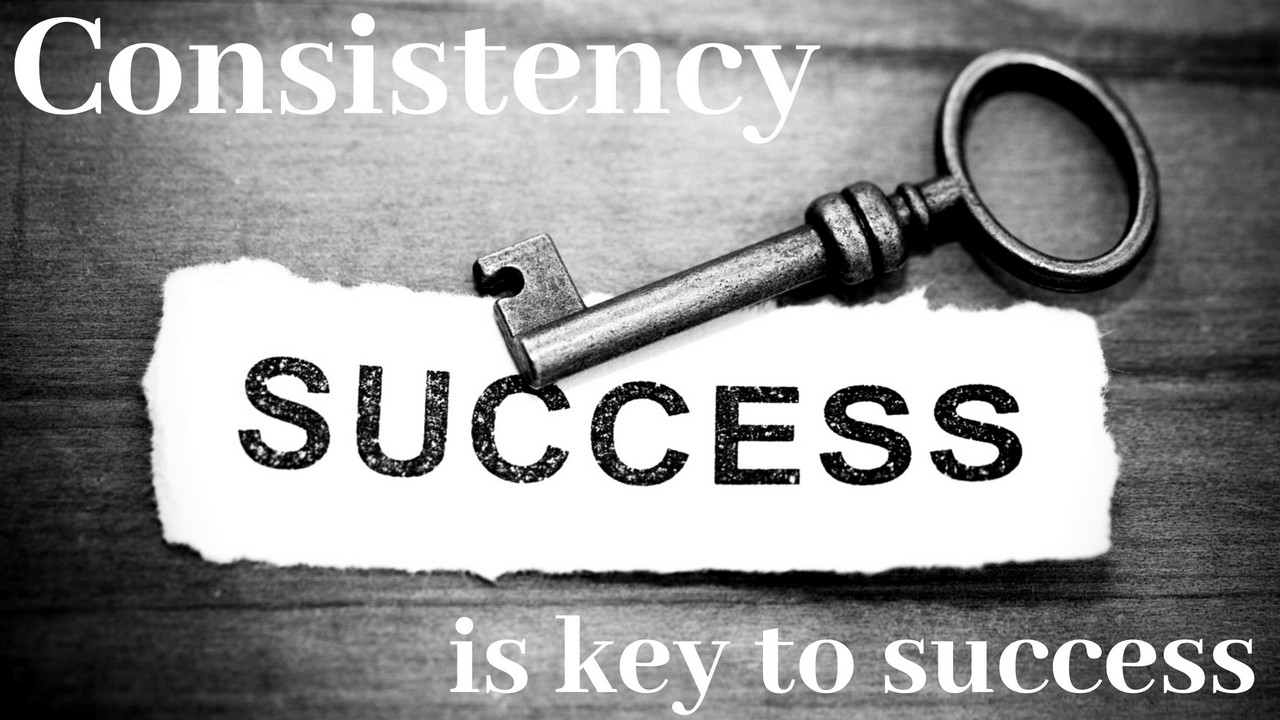 Beginners are often excited when they start a muscle building program. They think the process is going to be clean and smooth sailing, and they believe they’ll go from A to Z in a straight line.

The problem? It doesn’t work that way. The journey is going to be messy at times. Expecting that you’ll experience no bumps in the road often causes issues.

If you approach the journey as if nothing will go wrong, any setback will likely discourage you, and it’ll be tough to stay on track. For example, you might:

Such things are normal and happen to everyone from time to time. So, if you want to succeed, you have to acknowledge upfront that there will be challenges.

By accepting that will be the case, those challenges will be much easier to overcome. You’ll understand they don’t mean you’ve gone off track but instead that the struggles are part of the path itself.

Once again, it won’t be a straight line from where you are now to where you want to be. It’ll be a series of ups and downs. And that’s fine as long as the general trend is moving in the right direction.

If you gradually move closer to your goal, you’ll eventually reach your target if you give it enough time and don’t quit. 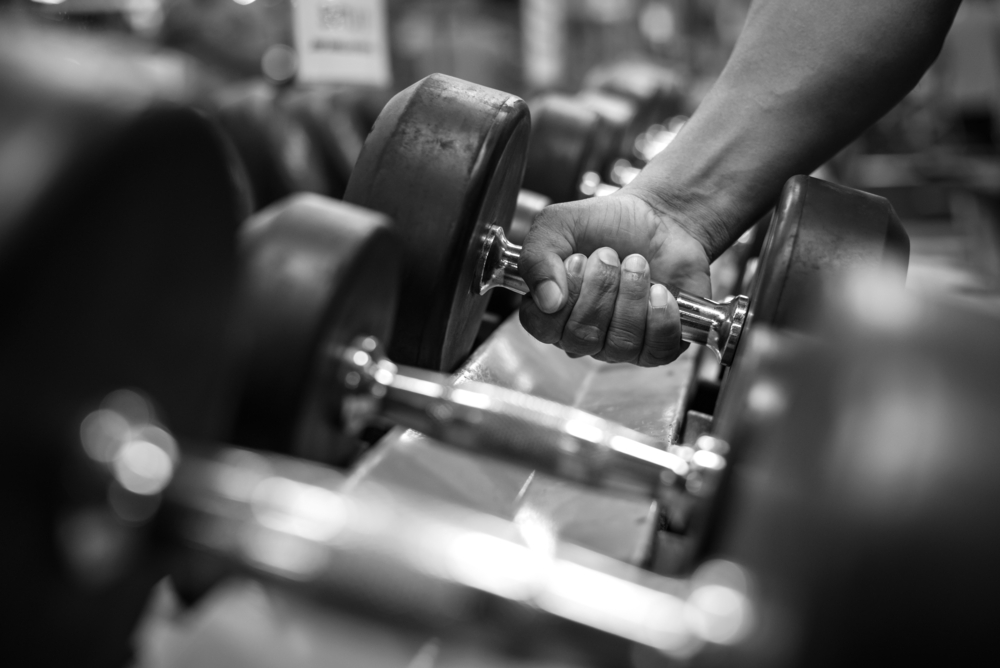 Unless there’s a legitimate reason to postpone or skip a workout, you must be able to go ahead and execute regardless of how you feel.

Sure, skipping one workout doesn’t make much of a difference in the grand scheme of things if you get back on track immediately. But that’s where the problem lies.

By skipping a workout, you’ll lose consistency and momentum. As a result, it’ll become easier to miss the next one and the next one, and from there, you’ll keep spiraling downward.

Besides, skipping a workout justifies you cheating on your diet. After all, you already “messed up.” And that’ll also have a compounding effect.

Remember: a huge percentage of fitness success is about creating habits. Exercising should become as automatic as brushing your teeth.  It shouldn’t be something you think about too much or consider “skipping.” It should be something you do because it’s part of your normal routine.

If you’re a beginning lifter or are coming back from an extended layoff, you will need discipline and willpower to build those habits. You’ll probably have to push through and force yourself at times.

But every time you act regardless of how you feel, it’ll become easier in the future to make the right decision. You’ll need less willpower every time.

In fact, you may even start to look forward to going to the gym and maintaining your healthy eating habits. Your brain will begin to perceive them as a positive instead of a negative because of how consistent training and nutrition make you feel, as well as the external results you’re getting.

So, get a proper plan and execute it no matter how motivated or unmotivated you might feel. If you do that, motivation becomes less and less of a factor over time.

It’s about building habits and making fitness a part of your life and self-image.