BODYBUILDING AND SODIUM INTAKE: HOW MUCH SALT IS OKAY?

December 26, 2015
Sean Nalewanyj
General Nutrition, Nutrition
No Comments on BODYBUILDING AND SODIUM INTAKE: HOW MUCH SALT IS OKAY? 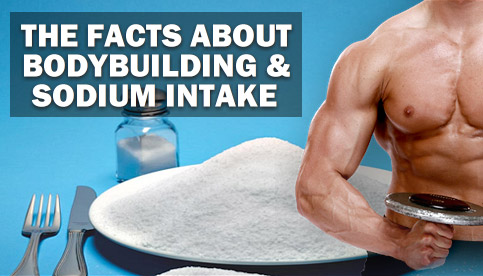 Bodybuilding and sodium intake have a complicated relationship.

Take the advice of most run-of-the-mill “fitness gurus,” and you’ll likely come away believing that sodium is the root of all evil and that you should take every step possible to minimize its consumption.

They’ll tell you that sodium causes high blood pressure and heart disease and that it will “bloat” your physique by causing you to retain an excessive amount of water.

If you are someone who lives in fear of sodium due to its supposed negative health effects and “muscle bloating” reputation, keep on reading and I’ll explain the real facts when it comes to bodybuilding and sodium intake…

The Skinny On Salt: Sodium Itself Is Not The “Bad Guy” 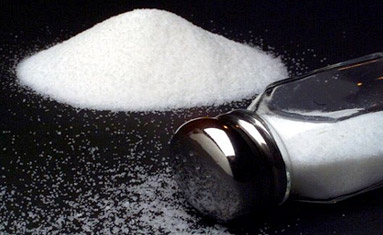 The idea that one should eat a low-sodium diet is an “obvious” piece of advice that is generally taken for granted these days and never even questioned.

We’ve heard it a million times before and just assume that salt is a “bad” thing that we should try to minimize.

Most people don’t know this, but the anti-sodium campaign actually began primarily as a commercial movement for companies to sell their low-sodium food products as a “healthy alternative.”

In much the same way that low fat foods are promoted, the average consumer will tend to just accept what they’re told by advertisers without realizing that most of it is based on selling products as opposed to being scientifically accurate.

The reality is that, contrary to what nearly everyone believes and repeats, sodium itself is not inherently “bad.”

It’s actually critical to your health for a variety of reasons, such as:

Having too little sodium in your body can lead to all kinds of negative consequences such as muscle cramps, dizziness/confusion, electrolyte imbalances, and more.

According to studies out of McGill and McMaster Universities, unless a person has a specific health condition that requires a marked reduction in sodium intake, sodium itself will not cause negative health problems.

In fact, only around 10% of hypertension cases have an exact known cause (usually related to stress or genetics) and the idea that sodium itself is solely responsible for this is simply unfounded.

The bottom line is that there’s no reason to avoid sodium, especially if you’re training hard in the gym (but not overtraining) and are sweating a reasonable amount. In that case you’ll actually require even more sodium than the average person in order to maintain a healthy electrolyte balance.

I don’t recommend going to extremes and consuming huge quantities of sodium every day, but the problems with water retention and negative health effects are not necessarily related to the objective amount of sodium in your diet, but rather:

Let’s go over these two factors…

#1 – The Ratio Of Sodium To Potassium 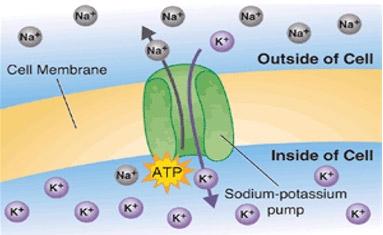 Sodium is a mineral that brings water into cells, while potassium has the opposite effect and pumps water out.

If you’re like the average person in the West though, chances are that your sodium intake currently exceeds your potassium intake by a pretty significant margin.

Not only does this contribute to water retention by affecting the fluid balance of the sodium-potassium pump, but according to scientists from the Center for Disease Control as well as Harvard University, a high sodium to potassium ratio also significantly increases the risk of heart attacks.

As a general guideline for reducing excessive water retention and lowering heart attack risk, you should aim to consume at least as much potassium as you do sodium.

It’s likely not going to be practical for the average person to go through and calculate exactly how much sodium and exactly how much potassium they’re consuming each day, so I’d instead recommend just taking some basic steps to keep things decently balanced overall.

A few ways you can keep your sodium intake within reasonable limits include:

Side Note: The actual recommended daily sodium intake set by the USDA is about 2.3 grams, with 1.5 grams being recommended to African Americans, individuals over 51 years of age, or those with hypertension, diabetes, or kidney disease. However, for hard-training lifters and athletes who sweat a lot, more will likely be required for optimal health and performance. Sodium intakes of 3-4 grams or more may be appropriate in those cases, though it does depend on the individual.

When it comes to potassium, I’d recommend making an effort to get in a few servings of potassium-rich foods in your diet if you aren’t doing so already.

Here are a few examples of food sources high in potassium…

Obviously your sodium and potassium intake will fluctuate, but just do what you can to keep things relatively balanced in the big picture.

Keep in mind also that the ideal ratio of sodium to potassium is not known, and the the 1:1 figure is just an estimate. Some people may require more or less depending on their body, and more research is needed here.

However, the main point is that most people definitely do consume an unbalanced ratio consisting of significantly more sodium than potassium, and steps should be taken to balance this out. 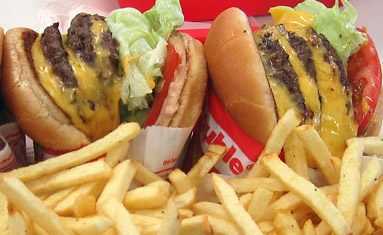 I’m sure everyone out there has had the experience of consuming a large high sodium restaurant meal (or two) and then waking up the next day to a noticeably softer and more bloated looking physique. (See my post on “cheat” meals.)

When sodium levels remain consistent over a period of time and are then suddenly “spiked” with an unusually larger amount, water retention is almost guaranteed to follow. This is due to sudden changes in the body’s levels of “aldosterone,” which is a hormone that regulates water balance.

The opposite can happen too. Even though most people think that dropping their sodium intake down will automatically reduce water retention, going from a moderate or high sodium intake straight down to a low sodium intake can actually have the same effect.

Short term fluctuations in sodium intake are obviously normal, and in the bigger picture it really isn’t a big deal since things will balance out once you go back to your regular diet.

However, if you do want to keep water retention controlled from day to day or want to avoid looking bloated for a certain occasion, constant ups and downs in your sodium intake are definitely something you want to avoid.

Bodybuilding And Sodium: The Bottom Line 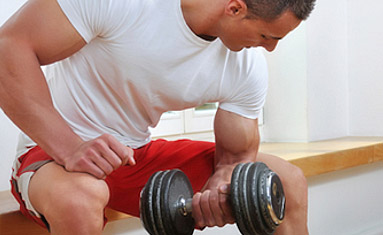 When it comes to sodium intake as it relates to bodybuilding and overall health, the main take away points are this:

In the end, the primary takeaway when it comes to bodybuilding and sodium is simply one of balance and moderation.

You don’t need to sit around monitoring every milligram of sodium and potassium that you consume, but I would suggest taking some basic steps to keep things reasonably balanced in the overall picture.

HUNGRY WHILE CUTTING? 12 WAYS TO REDUCE HUNGER ON A DIET
HOW TO BUILD ROUND “3D DELTS” THAT POP (4 EXERCISES)
“SHOULD I EAT BACK THE CALORIES BURNED FROM EXERCISE?”
THE BEST CARDIO EXERCISES TO BURN FAT AND GET LEAN
IS 30 REPS PER SET EFFECTIVE FOR BUILDING MUSCLE?
BODYBUILDING AND FAT INTAKE: YOUR COMPLETE GUIDE