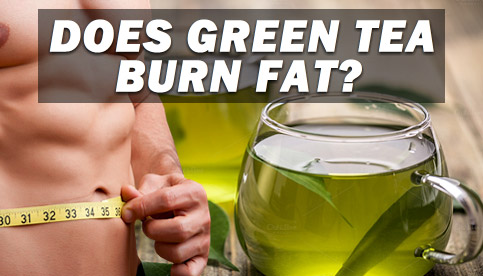 Green tea is one of the most widely consumed beverages in the world.

Along with delivering a wide variety of overall health benefits, green tea (both in the form of actual tea and as a supplement) is also promoted for its supposed ability to improve fat loss.

The combination of caffeine along with certain flavonoids found in green tea leaves is claimed to elevate metabolic rate, increase fat oxidation and improve insulin sensitivity.

But does green really help out in a significant way when it comes to dropping body fat and getting leaner?

Let’s take a look at what the science says about green tea and weight loss.

The Theory Behind Green Tea And Fat Loss 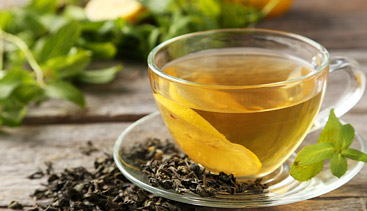 While losing fat is a highly complex process at the biological level, it ultimately comes down to one primary factor: you must create a calorie deficit by consistently burning more calories than you consume.

In order for this to happen, stored fat must first be released from its cells – a process that green tea appears to assist with.

The key players behind this are caffeine and the catechin EGCG (epigallocatechin gallate), which work together synergistically in the release of noradrenaline.

Noradrenaline is a powerful fat burning neurotransmitter that increases the body’s utilization of fat as a primary energy source.

Green tea also appears to increase metabolic rate by regulating certain hormones involved in thermogenesis, which is the number of calories the body burns as heat. 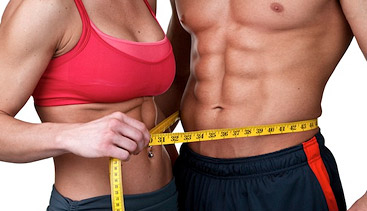 It’s one thing for a particular substance to improve fat loss on paper, but the real question is whether or not it actually carries over to the real world in any significant way.

Does green tea burn fat to a degree that will have real practical benefit to your fat loss program?

First off, in order to obtain a noteworthy fat burning effect from green tea, you’ll generally need to consume it in supplement form.

Significant fat loss benefits require a dosage of around 400-500mg of EGCG per day, whereas a typical cup of green tea only provides about 50mg.

So, unless you’re consuming upwards of 8 cups or more per day, you’ll need to purchase a high quality green tea extract to really see any worthwhile increase in fat loss.

Secondly, green tea only appears to be an effective fat burner in those who don’t consume caffeine regularly.

If you’re a coffee or tea drinker who has built up a tolerance to caffeine over time, green tea extract likely won’t do much for you in the fat loss department. (3)

And given the fact that the average caffeine consumption in the U.S. is around 300mg per day, it’s unlikely that most Americans – or other individuals with a high habitual caffeine intake – will experience noticeable fat loss benefits from green tea.

What about those who don’t consume caffeine regularly and are looking for a small extra boost to their fat loss efforts?

In that case, green tea extract may be a worthwhile addition to a well-rounded fat loss plan since it is one of the few fat burning supplements out there with some decent scientific research to back it up. (4, 5)

However, it’s important to keep in mind that the net effect will still be quite modest in the overall picture and nowhere near what many supplement companies selling green tea fat burners will claim.

For example, one study supplemented a group of young healthy men with a green tea extract containing 270 mg EGCG and 150 mg caffeine. The researchers saw a 4% increase in metabolic rate over a 24 hour period. (6)

Another study using a similar combination found that participants burned an average of 179 additional calories for the day in comparison to the placebo group. (7)

A study on 115 overweight women demonstrated an average weight loss of 2.4lbs. over a 12 week period when supplementing with 856 mg of green tea extract daily. (8)

Green tea has also been shown to increase the percentage of fat oxidation during and after exercise when taken acutely before training sessions. (9, 10)

Furthermore, green tea was able to improve insulin sensitivity by 13% in healthy young men given 366mg of EGCG per day. (11)

Insulin sensitivity plays an important role in optimizing nutrient partitioning, which essentially refers to whether the food you consume is more likely to be stored in muscle tissue or fat mass.

All in all, green tea extract appears to have some potential for producing a modest fat burning effect in those who don’t habitually consume caffeine.

By modest, we’re talking about no more than maybe an extra 100 calories or so per day in those who respond well, or around a couple pounds of extra fat loss over a 12 week period.

This is just a rough estimation and in no way a guarantee though, since the results are highly variable and there’s no way to predict how any given individual will respond.

Some people may see a slightly greater effect, while others may not experience any clear benefits at all.

In addition, since green tea contains caffeine (and many studies using green tea supplements paired it with a caffeine supplement), it’s hard to know how much of the fat burning effect seen is a result of the green tea itself or is simply a result of introducing caffeine (which is a research-backed fat burner) into an uncaffeinated diet.

Hard to say for sure, but it’s probably a bit of both.

In any case, if you do decide to give green tea supplements a try, aim for a total of 400-500mg EGCG per day ideally split into three divided doses.

Since green tea supplements contain negligible amounts of caffeine, you’ll ideally want to combine this with about 200mg of caffeine per day (also split into three doses either from a caffeine-containing beverage or caffeine supplement) to obtain the full fat burning benefits of the EGCG-caffeine combination.

Another important factor to consider is the fairly low absorption rate of EGCG. This is because humans lack the transporters that can carry the molecules from your gut into your body. (12, 13)

You can increase the absorption of EGCG by combining it with fish oil, quercetin and/or black pepper, as well as by taking it on an empty stomach. (14, 15, 16)

Beyond Fat Loss: The Health Benefits Of Green Tea 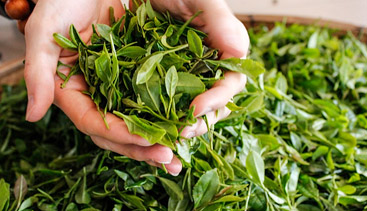 Green tea and weight loss is one thing, but let’s not overlook the huge list of potential health benefits that green tea carries with it as well.

Green tea is rich in catechins and flavonoids, which are powerful antioxidants that decrease inflammation in your body by fighting free radicals.

This is why green tea can slow down aging, improve joint health and decrease the risk of many diseases.

For example, researchers have found that:

– Consuming green tea can decrease the risk of developing breast cancer by as much as 22%. (18)

– Green tea prevents LDL cholesterol from oxidating. This is why green tea drinkers have a much lower risk of cardiovascular diseases. (20, 21, 22)

What’s more, the natural combination of caffeine and l-theanine found in green tea is one of the most widely studied “performance stacks” available for promoting enhanced cognition.

Caffeine binds to adenosine receptors in your brain, increasing nerve cell activity and leaving you more energized and focused.

L-theanine then works alongside the caffeine to further increase mental focus, alertness and mood, while at the same time “smoothening out” the caffeine buzz by inducing mental relaxation (due to an increase in GABA concentrations) without any sedative effects. (24, 25)

This is why drinking an adequate amount of green tea produces a relaxed but sharp mental focus, perfect for when you have to get work done, or as a pre-workout before the gym. 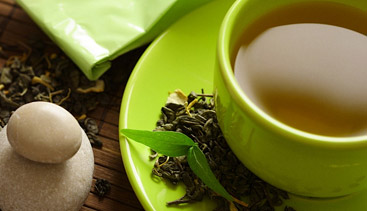 So, does green tea burn fat?

As a fat loss agent, green tea does appear to have some notable effects in those who do not consume caffeine regularly as long as a sufficient amount of EGCG (400-500mg) is consumed each day.

Don’t expect any miracles, but a couple extra pounds of fat burned over the course of 12 weeks or so wouldn’t be unrealistic in those who respond well to supplementation.

Even if you aren’t using green fat as a fat burning aid, it’s still backed by a ton of research demonstrating a long list of potential heath benefits. This is true both for the actual tea and for the supplement forms.

On top of this, the caffeine/l-theanine combination found in green tea is effective for improving mental focus without the unwanted “jitters” that often result from caffeine consumed in isolation.