THE MYTH OF “FAST CARBS” VS. “SLOW CARBS”

December 28, 2012
Sean Nalewanyj
Carbohydrates, Nutrition
No Comments on THE MYTH OF “FAST CARBS” VS. “SLOW CARBS” 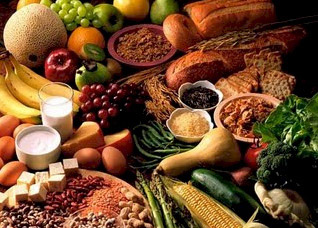 What are the best carbohydrate sources to include in your bodybuilding nutrition plan?

This is the typical auto-pilot response that you’ll get from most “fitness nutrition experts”.

On the surface, it seems to make sense.

One would assume that if a carbohydrate raises blood sugar levels slowly, then it should keep your energy levels balanced, insulin levels stable and prevent excess fat storage.

In the real world, attempting to structure your carb intake based on absorption speed has little to no practical relevance.

Here are 4 of the main reasons why this is so…

First, carbohydrate absorption speed is based on the glycemic index, which is a highly flawed tool for bodybuilding nutrition.

The glycemic index (GI) is a chart that ranks carbohydrates from 0 to 100 based on how quickly or slowly they raise blood sugar levels in a 2-hour period after they are consumed.

Here’s the problem: GI rankings are based on the glycemic effects of specific foods that are consumed isolated and in a fasted state.

Aside from first thing in the morning, you’ll never be consuming your carbohydrates in a fasted state. And even then, a typical bodybuilding nutrition plan always combines carbohydrates with fats and proteins. Consume your carbohydrates as part of a complete meal and the glycemic response can be dramatically altered.

Second, the glycemic ranking of a carbohydrate source is not necessarily indicative of its effects on insulin.

Third, carbohydrates are not the only food source that produce an insulin release.

Most people don’t even know this, but most protein-rich foods that you find in a typical bodybuilding nutrition plan elicit just as high (or higher) an insulin response as most of the carbohydrate sources.

When you factor in the insulin index, and the fact that most proteins cause a significant elevation in insulin levels, the whole notion of controlling insulin by eating “slow carbs” goes straight out the window.

Lastly, even in the rare case that you did consume a high glycemic/high insulin producing carbohydrate source alone in a fasted state, it still won’t affect you to any meaningful degree.

Unless you have a pre-existing health condition, your body is incredibly efficient at keeping your blood sugar levels and insulin levels within a fairly precise range.

Slam 300 grams of pure sugar first thing in the morning, and yeah, you might run into some problems. But in a practical, real-world scenario this is never going to happen, and having your blood sugar/insulin increase to higher than normal levels isn’t going to have any measurable impact on your muscle building or fat burning goals.

At the end of the day, the issue of “fast carbs” vs. “slow carbs” has no practical relevance to your bodybuilding nutrition plan.

All you really need to focus on is 2 things:

1) Getting the bulk of your carb intake (80-90%) from high fiber, minimally processed sources. This includes foods such as oatmeal, rice (brown or white), potatoes, pasta, pita, ezekial bread, fruits and vegetables.

2) Consuming your carbohydrates as part of a complete meal.

As long as you do these 2 things, you’re good as gold, and there’s no need to analyze the fast carbs vs. slow carbs issue any further.