﻿IS IT NORMAL TO FEEL HUNGER WHILE DIETING?

January 18, 2022
Sean Nalewanyj
General Nutrition
No Comments on ﻿IS IT NORMAL TO FEEL HUNGER WHILE DIETING? 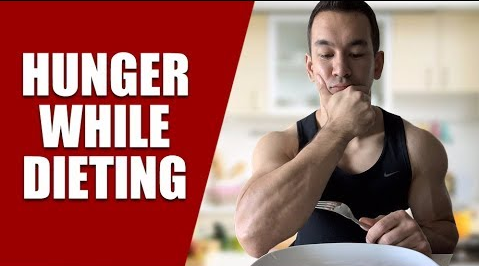 In fact, it’s completely normal to be feeling hunger while in a dieting phase, to a certain degree.

A lot of people want to know what the best fat loss diet is, or the easiest way to lose weight and keep the weight off in the long term. 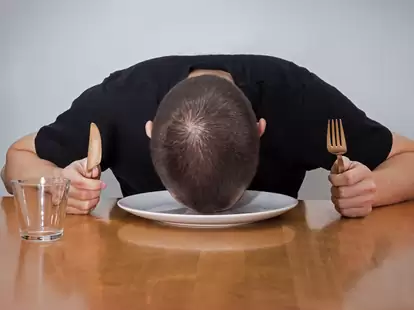 The truth is: in order to lose body fat, you need to be eating in a calorie deficit. You need to consistently burn more calories than you consume. Despite what some may tell you, there’s no way around that.

Understand what happens when you eat in a calorie deficit over an extended period of time. Your body is naturally going to send out hunger signals to some degree to try to motivate you to eat. As a result, you are going to experience increased cravings that you’ll have to deal with. To best learn how to manage your hunger throughout the dieting process, read on.

Advice for Beginners: Don’t be Fooled By the Lies of the Fitness Industry

I know the idea of a calorie deficit sounds pretty simple on the surface. But for some beginners in their fitness journey, it can probably get a little confusing.

There might be some beginners out there who are carrying excess fat and are trying to lean down. Or, there are those who might be finishing up their first bulk and are transitioning into a cutting phase.

So, to understand the basics of a calorie deficit, you must accept beforehand that hunger is a natural part of the process. 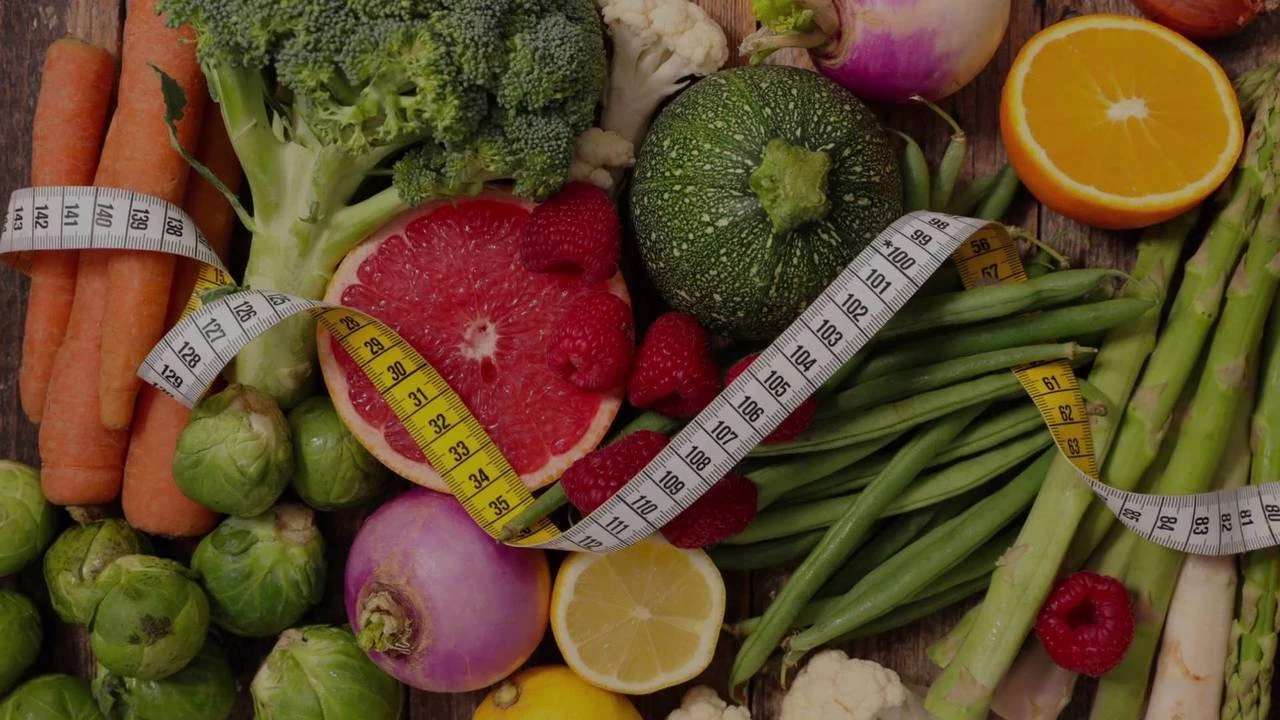 I think some people tend to get misled by certain content they might see on YouTube or on Instagram. On social media, fat loss is basically portrayed as being easy as long as you follow a specific person’s or influencer’s dietary approach. Or, you can look like them if you buy their program, their supplements, or whatever else they’re trying to sell you. (Usually, it’s all B.S. anyway.)

Some might even claim that if you just use intermittent fasting and drink coffee, then fat loss is going to be an effortless process. Or, if you follow a ketogenic diet or you use carb backloading, or some specific macronutrient breakdown, then you can lose fat and build the body of your dreams without ever feeling any cravings at all.

While that is very marketable, it’s just not the reality of how things work in the real world.

Now, I’m definitely not saying you have to starve yourself or that you have to experience huge amounts of hunger just to lose some body fat.

Instead, Understand the Truth Behind Fat Loss and Dieting Hunger 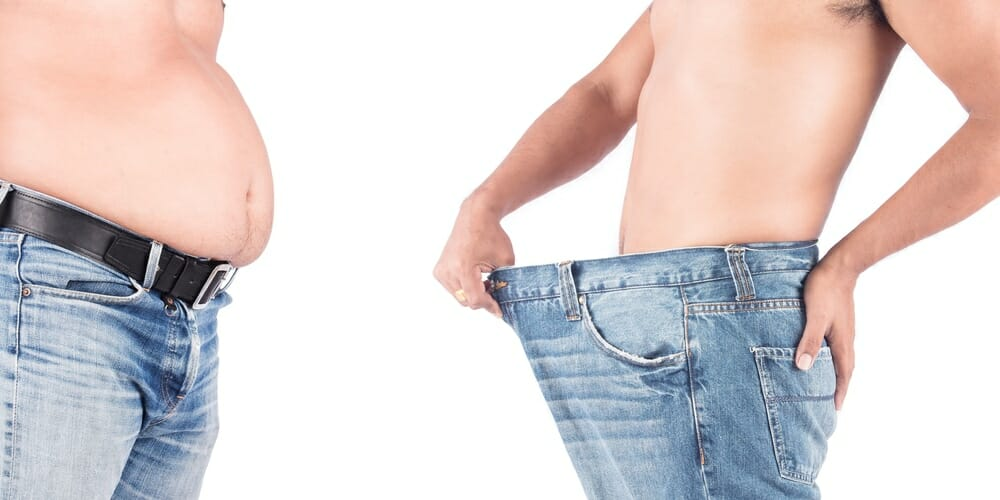 That’s definitely not the case. Yes, there are several strategies you can use to reduce hunger while dieting as much as possible. Though, there will always be individual variation at play.

It doesn’t mean you’re doing something wrong. It’s just a natural byproduct of consuming fewer calories than your body requires to maintain its current weight.

I mean, if you’re someone who’s overweight, then you have to think about how you gained that fat in the first place. The reason you gained body fat is because you were eating in an ultimately unnecessary calorie surplus. It took place over an extended period of time–long enough that that fat was able to accumulate.

You were consuming more calories than your body required, and were probably indulging in a higher amount of good tasting but higher calorie foods. You probably also weren’t exercising on a consistent basis either. Really, this is how most people get out of shape to begin with.

So, this idea that someone is going to get out of shape through overeating and under exercising, but then get back into shape in an easy, effortless way, is just not realistic.

If you’ve allowed yourself to go too far in one direction, but you want to pull yourself back in the opposite direction, it’s going to involve some discomfort. There’s a certain price that has to be paid to undo the damage, so to speak.

And if this wasn’t true, then everyone would have a lean and impressive physique. Everyone who started out on a fat loss program would see it all the way through to the end, which is obviously not the case.

Again, the degree of hunger that’s involved during a cutting phase is going to vary from person to person. It depends on your current body fat percentage, how lean you’re ultimately trying to get, and on the size of the deficit that you’re using.

Some people would rather lose fat more slowly with a smaller deficit but be less hungry throughout the process. Some prefer to just tough it out with a bigger deficit in order to lose fat faster.

Whatever the case, it definitely shouldn’t be your goal to make yourself hungry. You might feel completely fine during the initial stages of your cut, but as time goes on and as you get leaner, your body will make certain hormonal adjustments and those cravings will start to kick in more strongly.

Eventually, once you’ve dropped your desired amount of body fat and you’re able to raise your calories back up and go back to eating at maintenance, then the hunger will subside. Hormone levels will rebalance, and you’ll go back to feeling normal again. This isn’t a permanent thing, but it’s just something you’ll have to deal with throughout the actual fat burning process.

This is why you should learn how to track progress during a cut to maximize your results. A properly structured plan is so important because you need to stack the odds as much in your favor as possible, and get your appetite as under control as you can.

Now, these are things I’ve talked about before, but I’ll just give you some quick tips. 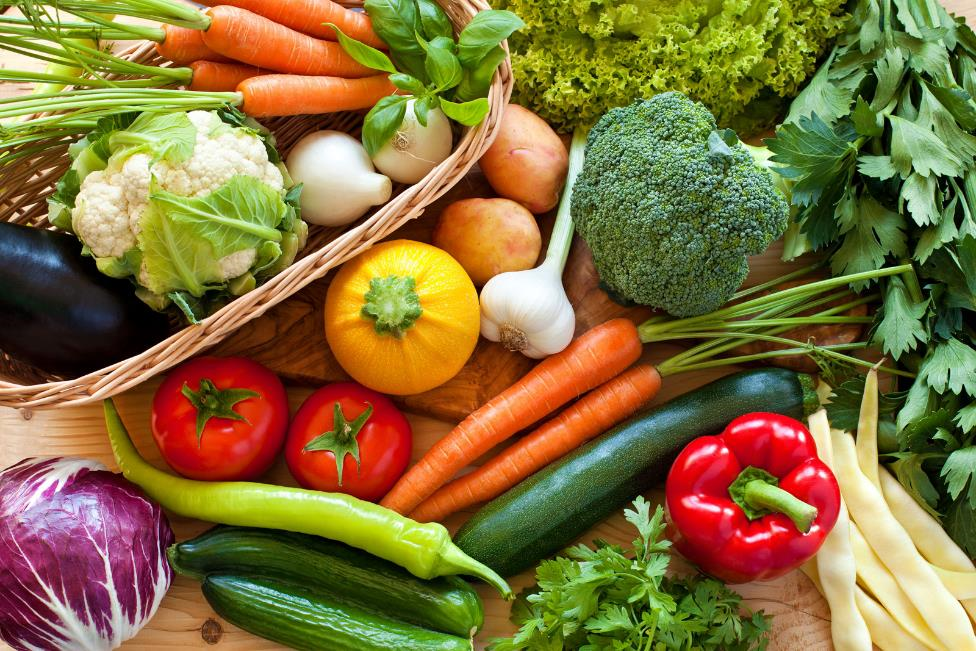 This is probably the most important tip and involves maximizing your total food volume relative to the number of calories.

You want to focus on eating a mostly whole food, minimally processed diet, and base it around foods that are as non calorie dense as possible.

Increasing your vegetable intake is a great way to do this. That’s going to allow you to physically fill yourself up as much as possible while still staying within your caloric limits.

Drinking plenty of water throughout the day can also help you fill yourself up a bit more on top of that as well. 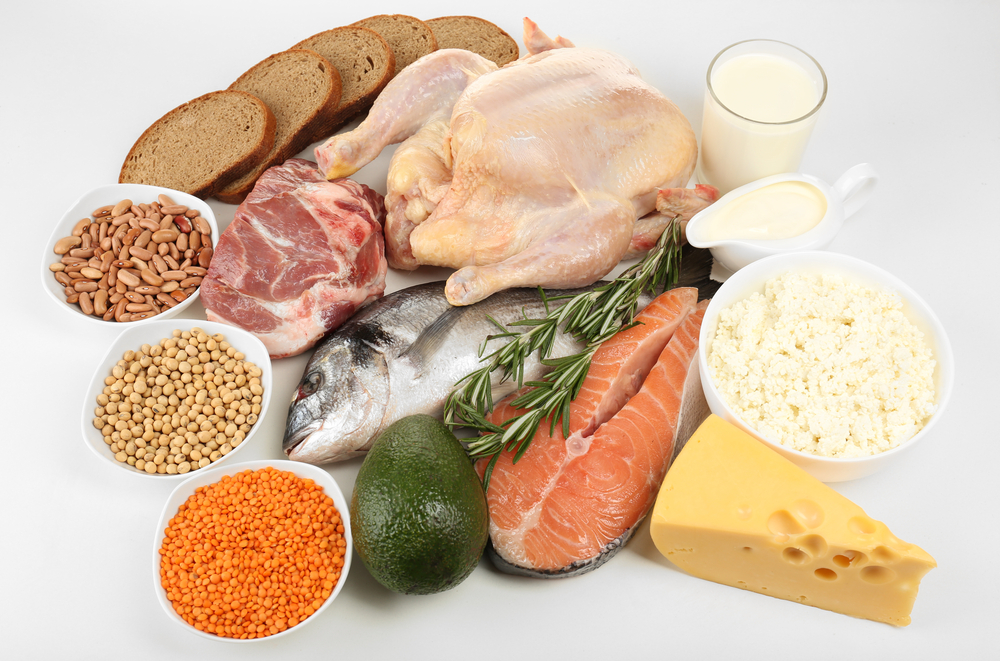 Make sure you’re getting enough protein from good sources, as it’s the most satiating of the three macronutrients. You should be getting at least 0.8 grams per pound of body weight daily if you want to reduce dieting hunger.

If you have issues sticking to your cutting plan because of increased hunger, then don’t use too large of a calorie deficit.

Anywhere between about 300 to 500 calories below your maintenance calories is usually going to be a good figure to aim for. That’ll be large enough to produce significant fat loss from week to week. Yet, it will still be small enough to help keep your appetite moderated. Also, you can experiment with different daily meal frequencies and layouts.

Some people do well with larger meals eaten less frequently, while others prefer smaller meals more frequently. Some people even get really good results by pushing their first meal to later in the day like with intermittent fasting.

#4: Tweaks to Training that Will Help with Dieting Hunger

Training is a really individual thing. You’ll need to play around a bit and experiment to see what works best for you. But while we’re on this subject, I’d recommend not going overboard on cardio for fat loss.

There are some people who actually do better with higher cardio volume. They prefer to burn calories through exercise, and then eat a bit more as a result of that. But in my experience, large amounts of cardio usually causes a net increase in appetite overall. It also makes it harder to not overeat.

I’d say to start off with no more than three cardio sessions per week, and only increase that later on if you really need it. You shouldn’t need to do that until your fat loss has stalled and you’re deeper into a cutting phase.

Another thing that helps is getting enough sleep each night.

When you’re sleep-deprived, your body releases lower amounts of leptin and higher amounts of ghrelin. These are the two hormones that regulate appetite. So, definitely get your sleep dialed in.

Check out my article on bodybuilding sleep tips if you have trouble getting enough sleep each night.

This one is pretty self explanatory. Eating slower can help you feel a bit more satisfied with a slightly smaller amount of food.

So, I’ll leave it there. Definitely employ those tips as they can make a big difference in terms of minimizing hunger while dieting.

At the same time, recognize that some degree of hunger is still inevitable. Hunger will happen especially if you’re really serious about losing a significant amount of fat over the long term.

Usually it can’t be eliminated fully, and it’s just something you’ll have to deal with.

7 WAYS TO REDUCE WATER RETENTION FOR BETTER MUSCLE DEFINITION
7 BODYBUILDING SLEEP TIPS FOR BETTER REST AND RECOVERY
LEG EXTENSIONS: GOOD OR BAD? (SAFE FOR YOUR KNEES?)
WHY YOU NEED TO DO FACE PULLS (BENEFITS AND PROPER FORM)
HOW TO RETURN TO THE GYM AFTER A TRAINING LAYOFF
“DOES CARDIO BURN MUSCLE AND KILL GAINS?”