WHAT ARE “NET CARBS” AND HOW SHOULD YOU COUNT THEM?

May 5, 2016
Sean Nalewanyj
Carbohydrates, Nutrition
No Comments on WHAT ARE “NET CARBS” AND HOW SHOULD YOU COUNT THEM? 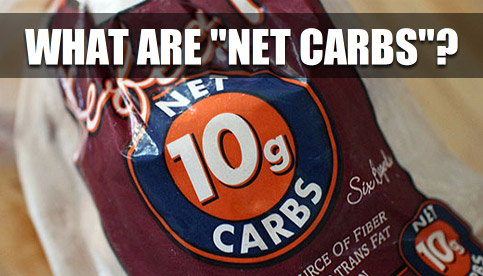 It sounds great on paper…

Your favorite protein bar or low carb snack of choice contains 25 grams of total carbohydrates, but only 5 of those grams actually “count” toward your daily total.

The other 20 magically “disappear” and are flushed out of your body without a trace, and therefore don’t need to be taken into account as part of your carbohydrate intake.

Welcome to the world of “net carbs”, also referred to as “active carbs” or “impact carbs”.

It’s an apparent dream come true for fat loss dieters who crave the taste of carb-containing foods but still want to keep their total calories for the day within limits.

But what are net carbs, and how do they work exactly?

Is it really true that these are the only carbs in a food product that matter, or is this just another marketing ploy the dieting industry would prefer you didn’t know about?

What Are Net Carbs? 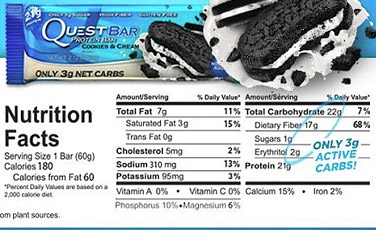 To put it simply, “net carbs” are what you get when you take the total grams of carbohydrate in a particular food, and then subtract the fiber and sugar alcohol content.

Since fiber and sugar alcohols exert only a modest effect on blood sugar levels in comparison to other forms of carbohydrates, the makers of these products feel somehow justified in claiming that they “don’t count”.

However, regardless of their effects on blood sugar, the bottom line is that fiber and sugar alcohols still contain calories and ARE broken down and absorbed by your body in significant amounts.

No, they don’t just vanish into thin air like the makers of that “Ultra Low-Carb Snickerdoodle Protein Snack” would have you believe, and they still do contribute to your daily carbohydrate totals. 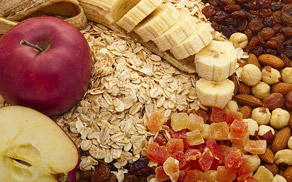 Although many people will try to claim that fiber isn’t metabolised by the body since we lack the enzyme needed to break it down into usable energy, this simply isn’t true.

Yes, insoluble fiber does pass through the body unprocessed, but this only makes up a few grams at most in the foods you’re consuming.

Soluble fiber on the other hand IS broken down by bacteria in the large intestine and is then re-absorbed by the body in the form of short-chain fatty acids.

There’s no consensus on exactly how much of the fiber is digested, but most figures average it out to around 2 calories per gram. 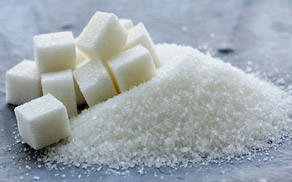 These are a type of sweet carbohydrate that are found naturally in fruits and vegetables.

They’re basically like a “hybrid” of sugar and alcohol molecules (though they do not actually contain ethanol itself), the most popular forms of which include xylitol, sorbitol, erythritol and maltitol.

Since they’re structurally similar to sugar, they are able to activate the sweet taste receptors on the tongue.

While it is true that most sugar alcohols have a negligible effect on blood sugar levels, they still contain around 1.5 to 3 calories per gram depending on the type. (The exception is erythritol which only contains 0.2 calories per gram)

This is lower than plain sugar, yes, but far from being “0 calorie”.

How To Count Net Carbs 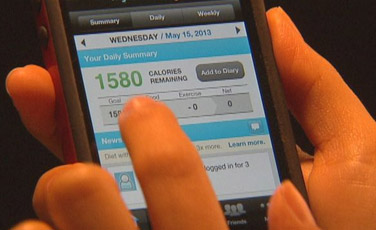 However, precise calorie counting is never going to be 100% perfect, especially when you start taking into account the thermic effect of food and other factors.

For that reason, I’d highly suggest that you just keep it simple by counting all of the carbohydrates you consume as part of your daily calorie and macronutrient totals.

Fall for the idea of “net carbs” like so many dieters out there do, and you can easily end up going overboard on total calories without even realizing it.

For example, if a particular product contained 30 grams of carbohydrates but only 10 of those were listed as “net carbs”, that’s 20 grams of carbs that are going unaccounted for.

Sure, if those 20 grams are comprised of fiber and sugar alcohol then the total caloric value will be lower, but if you’re eating these types of products multiple times a day and just ignoring a big chunk of the carbs each time, it can definitely add up over the long term.

The number one reason why most people fail to lose fat is from under-estimating how many calories they’re truly eating, and food labels that differentiate between total carbs and net carbs only make this problem worse.

The Bottom Line On Net Carbs Vs. Total Carbs 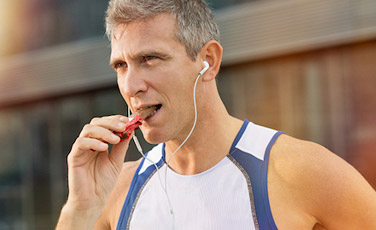 The idea that fiber and sugar alcohols “don’t count” toward your daily totals is nothing more than an advertising gimmick used to promote supposed “low carb” products.

“Net carbs” or “active carbs” have no legal definition and are not evaluated by the FDA, so it’s very easy for companies to get away with this.

The only situation where net carbs have some application is for diabetics, as differentiating between the types of carbohydrates eaten is important in order to figure out how their blood sugar levels will be affected.

However, for those who are simply trying to gain muscle or lose fat effectively and are wanting to track their macronutrient intake with reasonable accuracy, just ignore these “net carb” figures and take all the carbohydrates you’re eating into account.

1 COMMON MUSCLE BUILDING NUTRITION MISTAKE TO AVOID
WHY CHANGING YOUR WORKOUT TOO OFTEN IS A MISTAKE
BEST BULKING DIET TO BUILD MUSCLE? (THE SIMPLE TRUTH)
HOW TO PERFORM CARDIO WHILE BULKING & BUILDING MUSCLE
BEST INNER CHEST EXERCISES? (HOW TO BUILD INNER PECS)
HOW MUCH MUSCLE CAN YOU GAIN NATURALLY, AND HOW FAST?