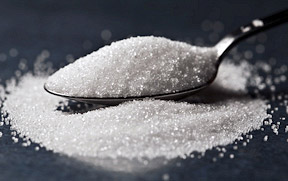 When it all comes down it, building muscle is all about building strength. As you gradually add more weight to the bar over time you force your muscles to continually adapt to greater and greater workloads. As a result, they get bigger and stronger week after week.

Therefore, any supplement that legitimately helps you push more weight for more reps in the gym is a winner in terms of improving your physique.

Beta alanine is one of those supplements. Though not as well-known as the basics like creatine or whey protein, it definitely deserves your attention.

In this short but to-the-point beta alanine review I’m going to outline:

What Is Beta Alanine? 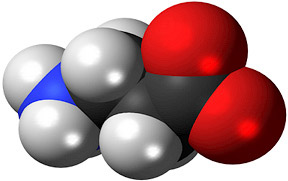 Beta alanine is a naturally occurring beta amino acid. It can be found in the foods you eat every day, but in order to obtain a useful amount for enhancing gym performance it must be consumed in supplemental form.

How Does Beta Alanine Work? 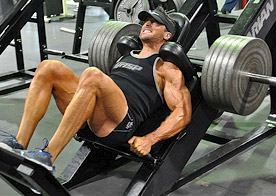 The key to beta alanine’s strength increasing effects lies in its ability to increase the levels of “carnosine” within your muscle tissue.

Research has shown that by supplementing with beta alanine on a daily basis, intra-muscular carnosine levels will increase by about 65% after 4 weeks and 80% after 10 weeks.

Why is this important?

Well, you know that burning sensation you feel in your muscles as you train intensely with weights? That burning is caused by a rise in hydrogen ions within the tissue.

They start off small, but as the set progresses they eventually become so concentrated that you’re forced to end the set.

Carnosine acts to neutralize and buffer those hydrogen ions. As a result, you’re able to continue the set for a longer period of time and thus Achieve a greater degree of muscle stimulation and growth.

How Do I Use Beta Alanine? 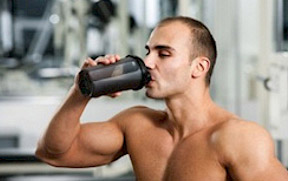 Simple: just take 3 grams per day (a bit less than a teaspoon) mixed in whatever liquid you want. The specific timing doesn’t matter either; you can take your beta alanine whenever it’s most convenient for you.

Stick to supplements that use the “Carnosyn” form of beta alanine, as this form is the purest and highest quality available.

To get the best results possible, combine your 3 grams of beta alanine with 3 grams of creatine monohydrate. Creatine also increases strength and power, but through a different pathway than beta alanine.

As a result, you get a synergistic effect that boosts your gym performance to the highest level possible.

That’s really all there is to it. I hope you found this beta alanine review useful!

WHY YOU NEED TO DO FACE PULLS (BENEFITS AND PROPER FORM)
NOT LOSING FAT? 20 CUTTING DIET MISTAKES TO AVOID
NOT GAINING STRENGTH IN THE GYM? (12 SIMPLE FIXES)
IS COUNTING MACROS NECESSARY TO BUILD A GREAT PHYSIQUE?
BEST INNER CHEST EXERCISES? (HOW TO BUILD INNER PECS)
20 LOW CALORIE SAUCES TO ADD FLAVOR TO YOUR FOODS