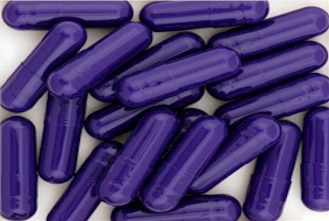 Buffered creatine (most popularly marketed under the name “Kre Alkalyn”) is a fairly popular form of creatine these days.

It is typically sold in pill form with many bold claims made about its muscle building effectiveness and superiority over regular creatine monohydrate.

I’ll come back to that in just a minute, but will first answer the question you’re wondering about today…

Are there any Kre Alkalyn side effects to be concerned about?

The important thing to realize is this…

Kre Alkalyn is already made up of about 98% creatine monohydrate, with the other 2% making up the so-called “buffer”.

For practical purposes, it is almost no different than a standard creatine monohydrate supplement.

Creatine monohydrate is the most widely researched bodybuilding compound on the market and has never been demonstrated in research to produce any unwanted side effects when consumed within a standard dosage.

This apples both to short term and long term creatine usage.

You’ll hear about a variety of side effects mentioned on forums, Facebook discussions and YouTube channels, but these are either being spread by those who are uninformed or who are simply trying to sell you an alternative product… 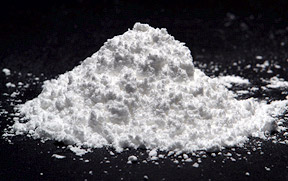 “Bloating” – Creatine drives additional water directly inside of your muscle cells and does not store any directly beneath the skin. For that reason, creatine does not cause any form of muscle softness or bloating. In fact, the opposite is true.

“Muscle Cramps” – A very large and comprehensive study involving 1500 users demonstrated that creatine usage actuallydeceases the instances of muscle cramping in comparison to those using a placebo.

“Stomach Discomfort” – When used within the standard recommended dosage of 3-5 grams per day, creatine does not cause any form of stomach discomfort. This has been shown in research many, many times.

“Kidney And Liver Damage” – Creatine is supported by endless studies demonstrating its short and long term effectiveness, and no evidence exists to suggest that creatine negatively alters kidney or liver function in any way. If you have a pre-existing issue then you should certainly speak to your doctor first, but in otherwise healthy individuals there is nothing to be concerned about.

So, what is the bottom line when it comes to Kre Alkalyn side effects?

Since Kre Alkalyn is made up of 98% creatine monohydrate, there is no reason to suspect that it will produce any negative side effects when used within the recommended daily dosage.

Creatine is the most effective natural sports supplement in existence and is completely safe when used properly.

What about the actual effectiveness of Kre Alkalyn Vs. Creatine Monohydrate?

If you’re considering including Kre Alkalyn in your supplement plan, I would strongly recommend checking out my complete review first before going out and spending your hard-earned money:

It will explain exactly what Kre Alkalyn is, what it is supposed to do, and what the actual concrete research says about its effects in comparison to regular creatine monohydrate.

DOES FASTED CARDIO BURN MORE FAT?
“WHY CAN’T I LOSE WEIGHT?!” HERE’S THE #1 REASON
THE BEST BODYBUILDING CARBS SOURCES FOR MUSCLE GROWTH
WHY A “HEALTHY DIET” IS NOT ENOUGH FOR REAL MUSCLE GROWTH & FAT LOSS
7 SIDE LATERAL RAISE MISTAKES TO AVOID FOR BIGGER SIDE DELTS
HOW TO RETURN TO THE GYM AFTER A TRAINING LAYOFF