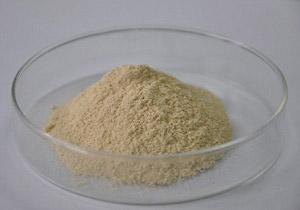 Beta ecdysterone (also known as ecdisten, ecdysone, isoinokosterone and 20-hydroxyecdysone) is what is known as a “plant sterol” : a compound found in plants that is structurally similar to anabolic human steroids such as testosterone.

It was first discovered in insects and it was found that they depended upon it for survival. Speculation then arose as to whether the presence of beta ecdysterone in insects played a role in their remarkable body size to strength ratio.

The way that beta ecyderstone supposedly achieves these benefits is by “priming” the anabolic environment in the body through increases in protein synthesis and the maintenance of a positive nitrogen balance. 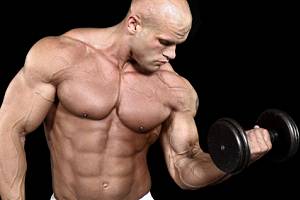 First off, let’s understand one thing: beta ecdysterone is a plant sterol; NOT a steroid.

Supplement companies often like to promote beta ecdysterone by saying that it has the “benefits of steroids but without the side effects”.

This is simply not true; beta ecdysterone does NOT function anything like a steroid. Plant sterols are substances manufactured within plants that provide nutrients primarily to insects and other small animals.

So far all of the published research in regards to ecdysterone usage has been conducted only on insects and rats.

Although some of the studies did show positive effects on protein synthesis, animals have far different metabolic systems than we do. For that reason, the research really doesn’t say much if anything about beta ecdysterone’s effects in humans.

The studies were conducted in Russia and Japan and also used a dosage that is about 15 times more potent than most of the beta ecdysterone products currently being offered.

Aside from these studies there is no reliable research in humans that demonstrates any anabolic effects from beta ecdysterone supplementation. In fact, most Western scientists have simply dismissed its use in athletes at this point.

It’s possible that more research will surface in the future that paints a different picture, but based on what is currently available I can’t see any reason why anyone should spend their money on the stuff. If you want an honest beta ecdysterone review, that’s it.

In addition, I don’t know of a single person who began supplementing with beta ecdysterone and saw direct positive effects as a result of using it.

WHY CHANGING YOUR WORKOUT TOO OFTEN IS A MISTAKE
5 BODYBUILDING DIET TIPS TO HELP YOU STAY CONSISTENT
IS CARDIO NECESSARY TO LOSE FAT DURING A CUTTING PHASE?
5 TIPS TO RELIEVE MUSCLE SORENESS POST WORKOUT (DOMS)
THE MYTH OF “FAT BURNING FOODS”
BODYBUILDING AND FAT INTAKE: YOUR COMPLETE GUIDE