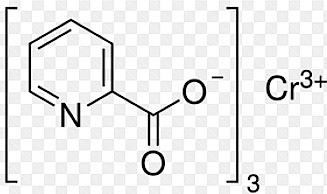 What is chromium picolinate?

Chromium is a biologically active trace mineral found in the human body, while picolinic acid is a substance that increases the absorption rate of chromium in the body.

Chromium picolinate is claimed to be a more absorbable form of chromium.

What does chromium picolinate do?

Chromium is also critical to the proper production and function of insulin.

Insulin is a hormone heavily involved in the muscle building and fat burning processes because it is essentially responsible for all nutrient transport and growth throughout the body.

If your insulin levels are not functioning properly, your muscle gains and fat loss would be virtually non-existent.

Chromium ensures that insulin is doing its job properly, and is therefore a very important part of the muscle building equation by improving the uptake of glucose and amino acids into the cells.

There is no question that chromium is a vital mineral in the process of building muscle and burning fat due to its effects on insulin, but the real question is in regards to additional supplementation of chromium picolinate.

Are there any real supplemental chromium picolinate benefits for bodybuilders and athletes?

In terms of overall body health it seems that chromium does provide some positives, as it has been shown to improve blood glucose levels, blood insulin levels and lipid profiles.

But what about chromium picolinate’s effects on building muscle and burning fat?

This is where things start to go downhill. 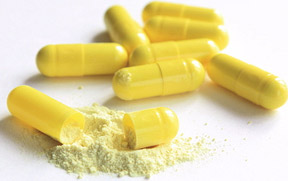 First off, the claim that chromium picolinate is a “more absorbable” form of chromium is unfounded to begin with.

These claims are merely based on two poorly controlled and unpublished studies cited by the company that holds the patent for chromium picolinate supplements.

Secondly, the independent research that is available has never shown any link between chromium picolinate supplementation and gains in lean muscle mass or losses in body fat.

One study conducted by the USDA Human Nutrition Center in Maryland evaluated the effects of chromium picolinate supplementation on body composition and strength. The study was 12 weeks long and involved either 200 micrograms of chromium picolinate or a placebo. No significant change in body composition or strength was noted between the two groups.

These are just two of several examples.

In fact, in November of 1996 the FTC ordered the companies selling these supplements to stop making unsubstantiated claims about chromium picolinate benefits for weight loss and muscle gain.

In addition to all of this, real-world users give mainly negative reviews. I haven’t come across anyone who saw any significant increase in muscle mass or loss in body fat due to the simple introduction of a chromium supplement.

Individuals would be far better off to ensure that they are obtaining an adequate amount of chromium from their diets rather than running out to buy the latest chromium picolinate supplement.

In addition, if you are supplementing with a good multivitamin on top of your existing diet, you’ll easily be obtaining a sufficient amount of chromium.

Chromium clearly plays an important role in the muscle building and fat burning processes as well as overall health in general. However, there is no evidence that suggests that supplementing with greater than normal levels of chromium picolinate will provide any additional benefit.

If you are interested in using chromium picolinate for health reasons then that’s fine, but in terms of altering body composition I would not recommend it.

DOES FASTED CARDIO BURN MORE FAT?
HOW TO RETURN TO THE GYM AFTER A TRAINING LAYOFF
NOT GAINING STRENGTH IN THE GYM? (12 SIMPLE FIXES)
GAINING FAT, NOT MUSCLE? 4 MISTAKES YOU’RE MAKING
THE REAL TRUTH ABOUT INTERMITTENT FASTING
IS CARDIO NECESSARY TO LOSE FAT DURING A CUTTING PHASE?