CREATINE AND CAFFEINE: IS IT OKAY TO MIX THEM?

November 16, 2014
Sean Nalewanyj
Creatine, Supplementation
1 Comment on CREATINE AND CAFFEINE: IS IT OKAY TO MIX THEM? 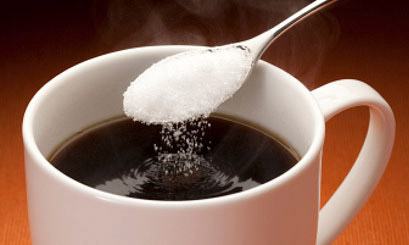 Although creatine is an incredibly simple and straightforward supplement to properly use, it still seems to be surrounded by a ton of confusion and conflicting advice even to this day.

“What is the best form of creatine to take? How much should I use per day? Should I do a creatine loading phase? What should I combine it with? Do I have to cycle creatine to maximize its benefits?”

These are just a few examples of the endless number of different creatine-related questions that land in my inbox on a daily basis.

You can check out my previous article that explains the details of how to take creatine properly if you’re still unsure, but in this post I want to tackle another common question that often pops ups, which is on the issue of creatine and caffeine.

You’ll often hear that the two should not be mixed together, since caffeine “blocks” creatine absorption and reduces its strength boosting effects.

If you check the label on certain creatine supplements you’ll even see specific guidelines that instruct you to avoid caffeine while using the product.

But what’s the truth here? Does caffeine block creatine, or is this just another supplementation myth?

Is It Okay to Consume Creatine And Caffeine Together?

Although this is a fairly common guideline that you’ll hear being tossed around quite a bit, most people don’t realize that this piece of advice ultimately stems from nothing more than one single study that was performed back in 1996.

The results of the study showed that the creatine-only group experienced modest improvements in overall training performance during bouts of intermittent exercise, while the group consuming both creatine and caffeine together showed no improvement.

Although it might look interesting at first glance, there are two important things to take into account here…

First of all, the study only looked at overall training performance and did not examine actual creatine uptake into the muscles.

Always remember that correlation does not equal causation, and just because one group removed the caffeine and performed better does NOT automatically mean that it was because the caffeine was “blocking” creatine’s effects in the other group.

Removing caffeine from anyone’s diet will certainly have noticeable physical effects, and it’s possible that a short-term reduction improved their performance in some other way. Improved sleep quality or reduced stress/anxiety could be a couple of possible reasons among many.

Secondly, this one study is exactly that: one study.

No research is perfect, and in order to truly determine whether creatine and caffeine do interact with eachother in a negative way, this effect would need to be repeated across multiple studies over time.

Not surprisingly, several follow up studies were performed that attempted to duplicate this and they showed no difference between consuming a creatine/caffeine combination versus creatine on its own.

For example, a 1998 follow-up study (Vanakoski, et al) demonstrated that when creatine was used on its own or when combined with caffeine that, “creatine was rapidly and efficiently absorbed, as reflected by plasma concentrations”.

So, based on the fact that the entire “caffeine blocks creatine” idea comes from nothing more than one single study… that the study did not examine actual creatine absorption or utilization by the body… and that multiple follow-up studies could not replicate the effect… I can’t see any good reason to take this guideline seriously at this point.

“But wait, caffeine is a diuretic, and creatine requires additional water to be stored in the muscles. Don’t these two things conflict?” 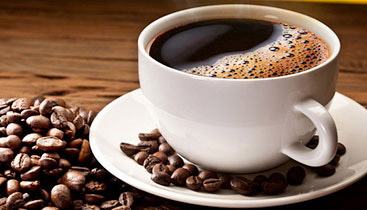 First off, although caffeine has traditionally been considered as a diuretic that causes the body to lose water, this has never actually been confirmed. And in fact, a 2003 meta-analysis of the available studies on caffeine and fluid balance actually shows that this isn’t the case at all.

The researchers examined studies dating from 1966 up to 2002 and concluded:

“The most ecologically valid of the published studies offers no support for the suggestion that consumption of caffeine-containing beverages as part of a normal lifestyle leads to fluid loss in excess of the volume ingested or is associated with poor hydration status.”

In other words, even if caffeine does have a diuretic effect in the body, the amount of liquid in your coffee, tea or pre-workout drink still contains enough water to offset this and to still produce a net gain in your body’s overall levels of water.

On top of this, the diuretic effects of caffeine are mostly seen in people who haven’t consumed caffeine for an extended period of time, and tolerance rapidly builds up once regular consumption is resumed.

Finally, those following a properly structured muscle building or fat burning diet will already be consuming plenty of water throughout the day anyway, making it a complete non-issue even if it was a cause for concern in the first place.

Mixing Creatine And Caffeine Together: The Bottom Line 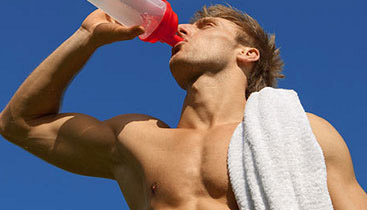 So, does caffeine block creatine absorption or inhibit its effects in any way?

We of course can’t say for sure, but based on the available evidence (or lack thereof) there doesn’t appear to be any real connection between the two.

If you typically consume your creatine in the morning along with some coffee, or if you use a pre-workout formula that contains both caffeine and creatine together, I really don’t think it’s anything to concern yourself with.

“BRO SPLIT” ROUTINES: ARE THEY EFFECTIVE FOR BUILDING MUSCLE?
CAN’T EAT ENOUGH CALORIES TO BULK UP AND GAIN MUSCLE? (4 TIPS)
1 COMMON MUSCLE BUILDING NUTRITION MISTAKE TO AVOID
10 ANNOYING GYM ETIQUETTE MISTAKES (DON’T BE THAT GUY)
CLEAN BULKING VS. DIRTY BULKING: WHICH IS BETTER?
HOW TO LOSE CHEST FAT AND GET RID OF “MAN BOOBS”