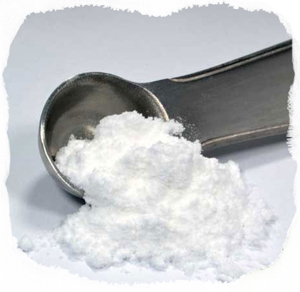 Creatine ethyl ester vs. monohydrate: which is a superior form for increasing muscle growth and gym performance?

Ever since creatine monohydrate made its way onto the bodybuilding scene in the 1990’s, supplement companies have been rushing to find the next “big thing”.

Since then, a whole slew of “high tech”, “new and improved” forms of creatine have found their way onto supplement store shelves.

Creatine ethyl ester is one of the most popular of these “breakthrough” forms and continues to be a top seller to this day.

The makers of CEE claim that it is more absorbable, better utilized and less likely to be converted to the waste product creatinine than standard creatine monohydrate.

They also point to several “problems” associated with creatine monohydrate use, claiming that it causes bloating, stomach discomfort and is not a stable form of creatine. And as you’d expect, they claim that creatine ethyl ester solves all of these supposed problems.

But aside from all the clever marketing and anecdotal reports, what does the actual concrete research say about creatine ethyl ester vs. monohydrate?

First off, it should be noted that standard creatine monohydrate does NOT cause any of the problems that the makers of these “breakthrough” creatine forms claim it does.

The effectiveness, safety and stability of creatine monohydrate has been confirmed over and over again through endless piles of research, as it is the most studied sports supplement on the market.

Secondly, we now have concrete research available that actually demonstrates creatine ethyl ester to be inferior to creatine monohydrate in a variety of ways. You’ll find the research here:

“Creatine ethyl ester did not show any additional benefit to increase muscle strength or performance than creatine monohydrate or maltodextrose placebo.”

That’s correct: creatine ethyl ester is actually less stable than creatine monohydrate and is converted into the waste product creatinine at a much faster rate.

Creatine monohydrate, on the other hand, has a bio-availability of nearly 100%, meaning that the body will absorb pretty much all of it.

Not only that, but creatine ethyl ester was also shown to be more likely to cause subcutaneous water retention or “bloating”.

The increased water retention from creatine monohydrate is stored inside the actual muscle cell, while CEE pushes more water outside of the cell and directly underneath the skin.

When you add in the fact that CEE is around 3 times more expensive than creatine monohydrate, the decision is pretty much a no-brainer. 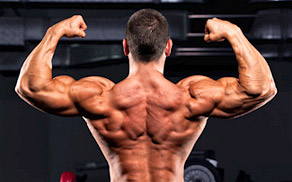 The fact is simple: there isn’t a single shred of empirical evidence that shows creatine ethyl ester to be superior to monohydrate in any way. In fact, the opposite is true as I’ve outlined above.

Yes, more research could certainly be done, but at this point CEE really has nothing going for it.

If you want to pay 3 times more for a type of creatine demonstrated to be inferior and less efficient, go with the ethyl ester form.

But if you’d prefer to base your supplement choices on science, logic and save money while you’re at it, stick with standard micronized creatine monohydrate.

ARE BCAA’S WORTH IT? (BRANCHED CHAIN AMINO ACIDS REVIEW)
HOW TO LOSE CHEST FAT AND GET RID OF “MAN BOOBS”
20 LOW CALORIE SAUCES TO ADD FLAVOR TO YOUR FOODS
NO SQUAT RACK? NO PROBLEM (7 BARBELL SQUAT ALTERNATIVES)
HOW TO LOSE FAT WITHOUT LOSING MUSCLE (4 SIMPLE TIPS)
7 WAYS FITNESS SUPPLEMENT COMPANIES ARE RIPPING YOU OFF