May 11, 2017
Sean Nalewanyj
Supplementation, Supplements To Avoid
No Comments on DO “HGH BOOSTERS” WORK FOR BUILDING MUSCLE & BURNING FAT?

Flip open any fitness magazine or browse through most typical bodybuilding websites and you’ll almost certainly come across a variety of advertisements for natural “growth hormone booster” supplements.

Just pop back a few pills, you’re told, and the list of benefits will be endless.

And slow down (if not reverse) the process of aging.

But what exactly is human growth hormone, how does it work, and do over-the-counter “HGH releasers” have any real benefit when it comes to building muscle and losing fat faster?

What Is Human Growth Hormone? 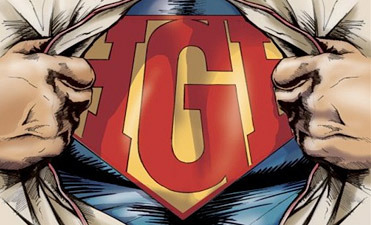 Human growth hormone (hGH), also referred to as “somatotropin,” is a peptide hormone that is produced and secreted from the pituitary gland.

It is regulated by 3 main substances (gonadotropin-releasing hormone (GHRH), growth hormone-releasing peptide (GHRP) and somatostatin) and is released into the body in a pulse-like fashion throughout the day.

These pulses stimulate the liver to produce insulin-like growth factor (IGF-1), which then aids in over 450 bodily functions including the growth and repair of bones and other tissues such as muscle, skin and organs.

There are approximately 20 of these “growth hormone pulses” that take place throughout the day, with the largest spikes occurring just after falling asleep as well as during intense exercise, particularly from workouts involving higher rep ranges and short rest periods that create high amounts of lactic acid.

Growth hormone levels increase significantly during puberty and play a critical role in the normal growth of children, peaking around 20 years old and then beginning to gradually decline throughout adulthood. 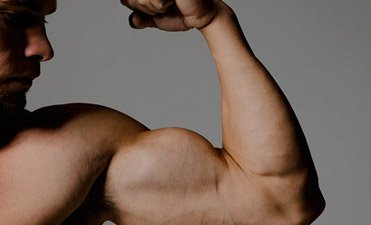 For example, one study on healthy young men performing a resistance training routine found no difference in strength and muscle growth among men who received GH administration or a placebo. (4)

Other research on bodybuilders and weightlifters found similar results. (5, 6)

The first group performed an arm workout on separate days for 15 weeks, while the second group did the same routine but followed it with a high volume, GH-stimulating leg workout.

Even though the second group experienced much higher growth hormone levels post-workout, there was no difference in muscle protein synthesis in either group after the 15 weeks. (7)

When taking all of the available research into account, it appears that growth hormone only produces measurable effects on muscle growth at extremely high doses, and typically only when combined with other substances such as testosterone and/or insulin.

Even then, its ability to increase lean body mass is not just limited to muscle tissue, but also includes internal organs and viscera which is clearly not something the average trainee desires.

Now, what about fat loss?

This area seems to be a different story.

Even at relatively small dosages, growth hormone administration can produce significant reductions in body fat levels by stimulating the breakdown of fatty acids. (8)

This is believed to be due to IGF-1 competing with the same receptor sites as insulin on the surface of cells. As a result, less glucose is transported into the cells to be burned as energy, and body fat is preferentially utilized instead.

On top of this, growth hormone is often used as a “recuperative tool” both for enhancing recovery in between workouts (or for athletes who want to stay in peak condition between games and training sessions), and for healing injuries.

In healthy individuals, growth hormone likely won’t have a significant effect on muscle growth unless very high doses are used, however, it is effective at increasing fat loss and improving recovery. 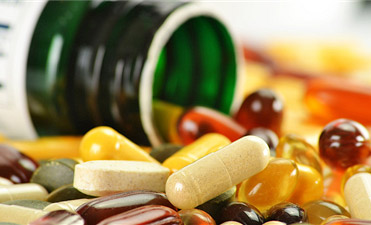 It’s one thing to be directly injecting actual doctor-prescribed human growth hormone into your body in an effort to improve fat loss and recovery, but the real question is whether or not natural over-the-counter “HGH boosters” can mimic these same effects like so many supplement companies claim.

While there are compounds available that can boost growth hormone levels naturally, the increases are likely not large enough (or sustained for a long enough period of time) to where fat loss or muscle growth would be significantly affected.

Keep in mind that simply “boosting growth hormone” in and of itself doesn’t really tell us anything. The question we really need to ask is “by how much” and “for how long”.

This is because hGH levels must be significantly increased above baseline for an extended period of time in order to produce measurable effects on body composition.

Most studies using exogenous growth hormone were able to elevate whole-day hGH levels by 300-600%, and there is simply no research available to show that any natural growth hormone supplements can come anywhere near this.

Arginine is an essential amino acid and is one of the most widely used “HGH boosting supplements” available. However, despite its popularity, the research is fairly mixed and questionable.

One study noted a 36% increase in exercise-induced growth hormone levels following ingestion of 3g l-arginine, though this fell back to baseline within an hour. (9) Some studies have even shown that arginine supplementation lowers GH levels during training. (10, 11)

At rest, 5-9g of l-arginine has been shown to temporarily boost GH levels by 34-120%, although 13g was ineffective since absorption was hindered due to GI distress. Still, other studies have found no reliable growth hormone release at all. (12, 13)

All in all, l-arginine seems capable of inducing short-lived growth hormone spikes, but is likely not able to sustain those levels for long enough to where favorable changes in body composition would result.

GABA is another amino acid that acts as an inhibitory neurotransmitter in the brain. Although it is often touted as a potent “HGH releaser”, it actually appears to act on two analogues of growth hormone instead, specifically Immunoreactive Growth hormone (irGH) and Immunofunctional Growth Hormone (ifGH).

Supplementation with 3g of GABA does appear to temporarily increase levels of these analogues by between 200-400% when taken at rest or before training respectively, though it is not known whether this actually contributes to changes in muscle growth or fat loss. (14)

In swimmers, creatine loading has been shown to increase GH levels by 39%, with the increase falling to less than 5% once a maintenance dose of 3g is used. (15)

Another study showed a growth hormone spike of 45%-83% for a 6 hour period following ingestion of 20g creatine. However, 20g of creatine is not a practical amount to be supplementing with every single day, with 3-5g being the standard recommended dose for ongoing use. (16)

Healthy adults given 1000mg Alpha-GPC experienced an increase in growth hormone levels beginning at 60 minutes following ingestion and falling back to baseline at 120 minutes. (17)

Other research has shown a boost in exercise-induced GH secretion using 600mg 45 minutes prior to training, with levels normalizing after 60 minutes. (18)

Appears to increase growth hormone release when taken prior to exercise. Athletes were given 6g of citrulline malate prior to a prolonged cycling test, with GH levels rising by 67% for a 3 hour period. (19)

A dose between 500mcg up to 5mg of melatonin can temporarily raise growth hormone levels as a result of its effects on sensitizing the pituitary gland to Growth-Hormone-Releasing-Hormone (GHRH), though not all research is consistent in demonstrating this. (21, 22)

Melatonin’s effects on exercise-induced growth hormone secretion is also inconclusive, with some studies showing a temporary increase for 2 hours post-exercise, and others actually showing a decrease. (23, 24, 25)

Glutamine is another amino acid that is often used for its supposed growth hormone boosting effects. Supplementation with 2 grams of glutamine was shown to increase GH levels by 78%, although only for a short period of 90 minutes. (26) 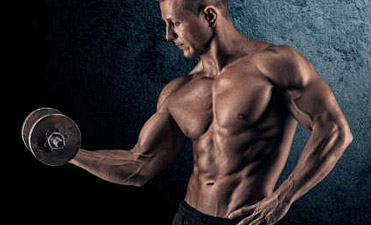 So, do HGH boosters work for building muscle and burning fat?

Since growth hormone deficiencies can stunt growth in children and decrease muscle mass in elderly individuals, many people have drawn false conclusions that simply increasing GH to an above average level will lead to faster muscle gains and fat loss.

However, not only is growth hormone itself unlikely to assist in increasing muscle hypertrophy unless used at extremely high doses, but natural HGH boosters are almost certainly not potent enough to produce significant changes in fat loss or recovery either.

When combined with other growth hormone boosting methods (such as maintaining a healthy body fat percentage, sleeping well and exercising intensely on a regular basis), it’s possible that the small spike in GH levels these compounds provide may have other modest overall health benefits, but if your goal is specifically to improve body composition, save your money and leave the growth hormone supplements on the shelf.

5 BODYBUILDING DIET TIPS TO HELP YOU STAY CONSISTENT
“SHOULD I EAT BACK THE CALORIES BURNED FROM EXERCISE?”
THE “BENEFITS” OF GLUTAMINE SUPPLEMENTS DEBUNKED
“BRO SPLIT” ROUTINES: ARE THEY EFFECTIVE FOR BUILDING MUSCLE?
CLEAN BULKING VS. DIRTY BULKING: WHICH IS BETTER?
HOW TO “CLEAN BULK” WITHOUT GAINING FAT (2 SIMPLE STEPS)