FLAXSEED OIL VS. FISH OIL: WHICH IS BETTER?

Fats play a variety of roles in your body, such as optimizing hormone levels, maintaining proper brain and nervous system function, protecting your joints and reducing inflammation.

The most important type of fat to pay attention to in your diet are the omega-3 fatty acids, as they are responsible for a huge list of benefits (related both to body composition and overall health) and cannot be produced by the body.

Saturated fats and omega-6 fatty acids are important as well, but your daily allotment of these fats will easily be met through your consumption of animal proteins and other tag along sources. For that reason, there’s no real need to pay specific attention to them.

There are a variety of food sources that are rich in omega-3 fatty acids, two of the most popular being flaxseed oil and fish oil.

But which of the two is a better overall source for obtaining your daily omega-3’s?

Let’s take a quick look at the issue of flaxseed oil vs. fish oil… 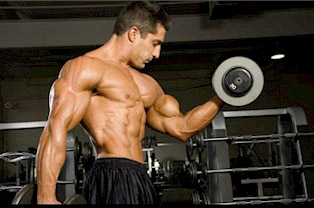 The first thing to understand is that omega-3 fatty acids are actually broken down into 3 separate compounds: ALA, EPA and DHA.

In reviewing the research, it’s fairly clear that the majority of the benefits obtained from omega-3 intake are produced by the EPA and DHA compounds. Not only that, but each compound seems to produce its own unique benefits, making each one important.

Whether or not ALA actually provides any real advantage on its own is not clear.

It may seem that since the ALA in flaxseed oil is converted into EPA and DHA, both flaxseed oil and fish oil would be equally beneficial sources.

The problem lies in the fact that the conversion process of ALA into EPA/DHA is quite poor.

Though it is influenced by several factors, this conversion rate can be as low as 5-10% in some cases. Not only that, but almost none of the ALA or resulting EPA is converted into DHA.

It provides a rich source of the active EPA and DHA lipids that are readily available for use by the body, and without  the inefficient conversion process that flaxseed oil undergoes.

Many studies have been conducted that show a clear link between fish oil consumption and direct bodybuilding benefits, including:

I’ve said it for years: anyone who is serious about their bodybuilding results and their health should be supplementing with high quality fish oil at a dosage of about 3 grams of combined EPA/DHA per day.