HMB REVIEW: SHOULD YOU USE AN HMB SUPPLEMENT?

August 31, 2012
Sean Nalewanyj
Supplementation, Supplements To Avoid
No Comments on HMB REVIEW: SHOULD YOU USE AN HMB SUPPLEMENT? 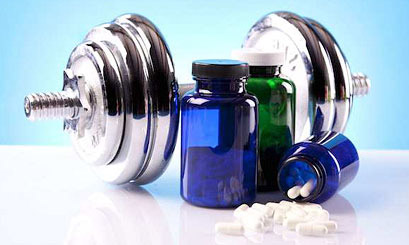 Beta-hydroxy beta-methylbutyrate, otherwise known as HMB, is a metabolite of the amino acid l-leucine. 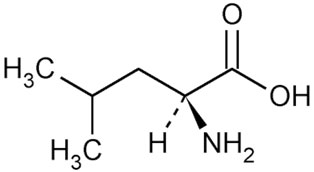 In fact, leucine is said to be responsible for most of the anabolic effects of protein by acting as the central “trigger” for protein synthesis.

Because leucine is the most powerful amino acid involved in muscle growth, scientists theorized that there may be a smaller metabolite of leucine that was responsible for its positive effects. If they could isolate that metabolite, it could then be taken in supplemental form to enhance muscle size and strength while only requiring a very small dosage.

This is where HMB came into the picture.

HMB supplements first burst onto the scene in 1996 and were being touted as the “next big thing” in the world of bodybuilding supplementation. Even to this day, HMB supplements are some of the most heavily marketed products you’ll find. 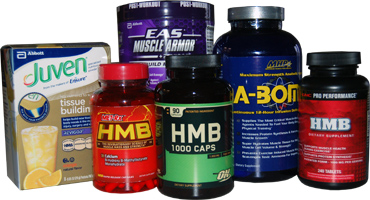 HMB is claimed to be both a powerful anti-catabolic supplement and an effective muscle builder as well. It’s said to decrease the rate of muscle breakdown in the body as well as play an important role in stimulating protein synthesis.

Sounds like a pretty nice combination of effects, but does it really work? Should you bother investing in an HMB supplement?

Some studies conducted on animals have shown very positive results. When given high amounts of HMB under stressful conditions, animals seemed to retain more muscle mass and also had lower death rates than those animals that were not fed HMB.

However, human metabolism does not function in the same way that it does in other animals, and studies on humans have been conflicting at best.

Early HMB supplement research on humans did show positive results with a dosage of 3 grams daily, but many of these studies contained several methodological flaws and were performed on untrained individuals.

In addition, the majority of the initial research that showed beneficial effects was carried out by the same person who holds the patent on HMB. This doesn’t automatically make the studies invalid, but it certainly raises a red flag, especially when you look at the hugely positive conclusions of the research.

Not surprisingly, many further studies on HMB have shown no positive effects on lean body mass or strength performance. Several of these studies even used double the amount that most HMB supplements recommend.

Real world experience seems to basically echo the same thing. The vast majority of HMB users report no positive increases in muscle mass, strength or recovery as a result of using the supplement.

Given the lack of conclusive research and the first-hand experience of most HMB users, I can’t think of any good reason to go out and spend your money on an HMB supplement at this point. 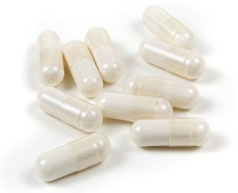 It may have useful applications for people with specific muscle-wasting conditions, but for hard-training bodybuilders and athletes, the stuff just doesn’t seem to work.

Even if HMB does eventually prove to be effective as a muscle building supplement, it will likely only be useful for very specific applications such as reducing post workout muscle soreness or improving recovery in complete beginners. But again, even for those applications the research is not clear.

If you’ve got cash left over to spend, buy steak and oatmeal, not HMB.

THE BIG PROBLEM WITH “CHEAT DAYS” (DO THIS INSTEAD)
NO MOTIVATION TO WORK OUT? HERE’S WHAT TO DO
HOW HEAVY SHOULD YOU LIFT? (“EGO LIFTING” VS. LIGHT WEIGHTS)
“WHY CAN’T I LOSE WEIGHT?!” HERE’S THE #1 REASON
THE #1 BEST CUTTING DIET TO LOSE FAT AND GET LEAN
20 LOW CALORIE SAUCES TO ADD FLAVOR TO YOUR FOODS