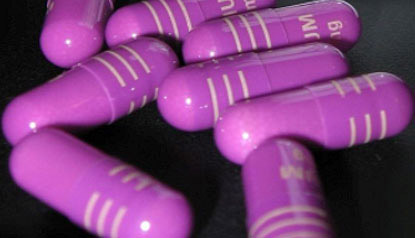 When creatine monohydrate first burst onto the scene back in the early 1990’s, it changed the bodybuilding supplement world forever.

No other natural muscle building substance is backed by more research demonstrating clear, significant effects on muscle growth and performance than this one.

Since then, an endless number of “new and improved” versions of creatine have popped up, each claiming to be superior to the original monohydrate in a variety of ways.

Kre Alkalyn uses a “patented molecular buffering process” that supposedly creates a “100% stable” form of buffered creatine that is less likely to be converted into the waste product creatinine.

Kre Alkalyn is claimed to be up to 10 times more powerful than standard monohydrate with the following benefits:

1) No bloating or cramping.
2) No necessity for a loading phase.
3) Greater creatine uptake into the muscle cells.

What is the reality behind these claims?

First of all, it should be noted that the first two points are essentially irrelevant.

Yes, buffered creatine does not cause bloating/cramping and does not require a loading phase, but neither does regular creatine monohydrate.

The “problems” associated with standard creatine monohydrate are typically only put forward by companies who are selling “new and improved” versions of creatine, but they have no grounding in any real scientific research.

When using a high quality form at the recommended dosage, creatine monohydrate has consistently been shown to be both completely safe and effective.

It should also be noted that the product in question still contains about 98% creatine monohydate, with the “buffer” making up the other 2%.

What about the overall effectiveness of Kre Alkalyn vs. creatine monohydrate? 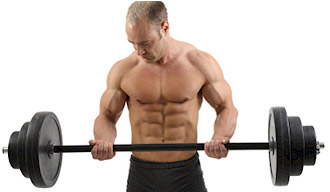 A brand new study was released in September 2012 in The Journal Of The International Society Of Sports Nutrition that finally examined this issue in detail.

In a double blind manner, 36 participants supplemented with creatine using the following protocols:

Here is what the researchers found…

On the issue of creatine absorption and effects on muscle mass and performance:

“Neither manufacturers recommended doses or equivalent loading doses of KA promoted greater changes in muscle creatine content, body composition, strength, or anaerobic capacity than CrM. These findings do not support claims that KA is a more efficacious form of creatine.”

On the issue of safety:

“Neither manufacturers recommended doses or equivalent loading doses of KA compared to CrM resulted in any negative side-effects or health outcomes.  Additionally, there was no evidence that CrM supplementation experienced a greater degradation to creatinine. These findings suggest that KA is just as safe to consume as CrM with minimal side-effects.”

You can review the full study here.

It should also be noted that on a gram for gram basis, Kre Alkalyn is significantly more expensive than regular creatine monohydrate.

Although prices will vary, the most popular online bodybuilding supplement retailer currently offers Kre Alkalyn for about 22 cents per gram compared to roughly 3 cents per gram for creatine monohydrate. (Making Kre Alkalyn about 7 times more expensive)

My suggestion is to examine the claims, review the concrete research, compare the prices and make up your mind for yourself.

THE BIG PROBLEM WITH “CHEAT DAYS” (DO THIS INSTEAD)
HOW TO LOOK BIGGER AND MORE MUSCULAR IN CLOTHES (6 KEY TIPS)
DOES FASTED CARDIO BURN MORE FAT?
“WHY CAN’T I LOSE WEIGHT?!” HERE’S THE #1 REASON
7 SIDE LATERAL RAISE MISTAKES TO AVOID FOR BIGGER SIDE DELTS
7 WAYS FITNESS SUPPLEMENT COMPANIES ARE RIPPING YOU OFF