COMPLETE WAXY MAIZE STARCH REVIEW: IS IT WORTH IT?

April 7, 2013
Sean Nalewanyj
Supplementation, Supplements To Avoid
No Comments on COMPLETE WAXY MAIZE STARCH REVIEW: IS IT WORTH IT? 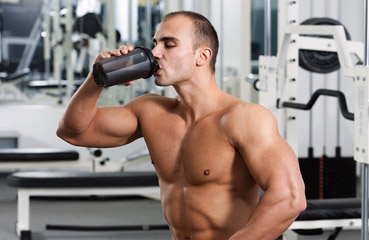 What Is Waxy Maize Starch?

Waxy maize is a source of carbohydrates that is derived primarily from corn, rice and barley and is rich in a substance called amylopectin.

Amylopectin is a highly branched glucose polymer and is essentially the “plant version” of glycogen. Because of its high amylopectin content, waxy maize is considered to be an extremely fast-acting carbohydrate and is sold by supplement companies in powdered form.

What Is Waxy Maize Supposed To Do?

Because of its supposed rapid absorption in the body, bodybuilders often mix waxy maize into their post workout shakes for the purposes of quickly restoring glycogen levels following training. (Glycogen is the stored form of carbohydrates in the muscle tissue)

Some companies will claim that waxy maize is absorbed 70-80% faster than other popular post-workout sugars such as dextrose or maltodextrin.

Whey protein combined with waxy maize has been a popular bodybuilding post workout cocktail for many years.

Well, the real question here is… who cares?

Using some very simple logic, it’s easy to see that immediately restoring glycogen levels following a workout is NOT something that a typical bodybuilding trainee needs to concern themselves with.

First off, a standard weight training workout will only deplete glycogen levels by somewhere between 20-40%.

Unless you’re performing exhaustive endurance training, your workout is not going to leave you completely “glycogen depleted” like some people will tell you.

Secondly, there’s no need for immediate glycogen replenishment unless you plan to train those same muscle groups again within the next 24 hours or so.

I don’t know of any bodybuilder who trains chest in the morning and then again at night, so unless you’re an athlete performing multiple training sessions per day, this is not a concern either.

The process for most typical bodybuilders is pretty simple…

You’ll go to the gym…

You’ll use up a bit of glycogen…

The carbohydrates from those meals will naturally restore your glycogen levels…

The funny thing is that, even with all of that said, waxy maize doesn’t even appear to work for its intended purpose anyway…

Waxy deserves a firm position in the bodybuilding supplement graveyard, and I cannot think of a single reason why anyone should run out and spend their hard-earned money on this stuff.

There is no need for “fast acting carbohydrates” in the post workout period, and even if there was, it would be just as effective and less expensive to simply use dextrose or basic table sugar instead.

1-2 YEARS FOR THE REST OF YOUR LIFE (KEY FITNESS MINDSET)
YES, IT’S NORMAL TO FEEL HUNGRY DURING A CUTTING PHASE (VIDEO)
MY EPIC DIRTY BULKING FAIL (30+ POUNDS OF FAT GAIN)
7 BODYBUILDING SLEEP TIPS FOR BETTER REST AND RECOVERY
THE “SKINNY FAT” BODY TYPE: SHOULD YOU BULK OR CUT FIRST?
HOW TO “CLEAN BULK” WITHOUT GAINING FAT (2 SIMPLE STEPS)