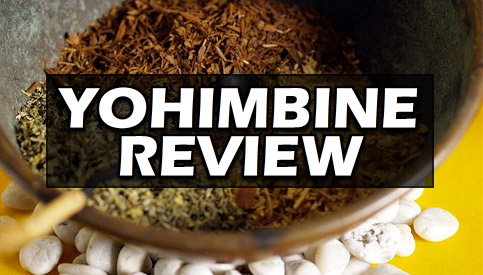 Anyone out there trying to lean down and lose body fat wouldn’t mind seeing faster results.

It’s no wonder why every fitness magazine is packed full of ads for fancy “fat burners” that scream for your attention.

These are just a few of the common claims you’ll hear.

Some manufacturers will even promise that by taking their “miracle supplement”, you can indulge in all of your favorite foods in unlimited quantities and still walk around with a lean and impressive physique.

While most of these claims are just outright ridiculous, there are a few research-backed fat burning compounds available that may have some legitimate use for the serious trainee.

Though far from a miracle worker, one of those compounds is yohimbine.

In today’s article I’ll be explaining what yohimbine is, how it works, who should use it, proper dosing and a few other helpful tips.

Let’s dive into it…

What Is Yohimbine And What Does It Do? 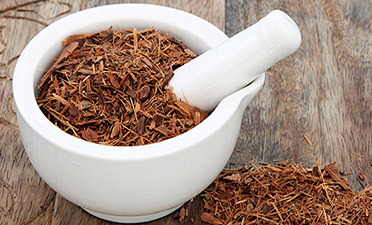 Yohimbine is a fat burning compound derived from the bark of the yohimbe tree, a tall evergreen that grows in the southern regions of Africa.

Yohimbine HCL (the active ingredient found in yohimbe) acts as an alpha-2 receptor inhibitor and increases adrenaline and noradrenaline levels in the body, which then bind to fat cells to increase their mobilization.

Though not proven, one of the other main supposed benefits of yohimbine is that it specifically targets “stubborn fat areas” such as the lower abs/obliques in men and the hips/thighs in women.

This is because fat cells have two different types of receptors (alpha receptors and beta receptors), and the stubborn fat regions contain high concentrations of alpha receptors which are the ones that yohimbine primarily targets.

Yohimbine also increases overall energy levels (which may have some benefit for pre-workout purposes) and may act as an appetite suppressant as well.

Does Yohimbine Work For Fat Loss? 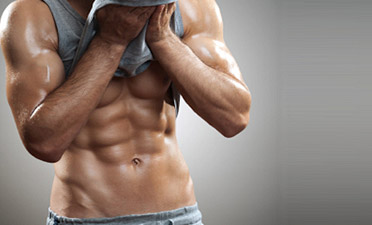 All of that sounds good on paper, but does yohimbine actually work?

At the end of the study, the researchers measured the body fat of the athletes and found that the average percentage decreased from 9.3% to 7.1% in those using the yohimbine.

Another cross-over study from Poland found that 15 mg of yohimbine increased energy expenditure by 8% in both lean and obese women.

The same study also found that those who took a yohimbine supplement had increased release of free fatty acids and glycerol, both indicators that more fat was being burned.

Another study on obese women concluded that “yohimbine significantly increased the mean weight loss in patients on a low-energy diet.”

And though it was conducted on canines and not humans, another study found that yohimbine supplementation increased both fat breakdown and heat production for at least four hours after administration.

While these studies do look promising, it’s also important to note that they did contain certain limitations.

For example, since yohimbine is a diuretic that flushes water out of the body, it’s hard to measure precisely how much of the weight loss came specifically from water weight vs. actual body fat.

Since the soccer player study used skin-fold measurements to assess body fat levels, a reduction in subcutaneous water retention would still register as a decrease in body fat percentage.

Moreover, since diet was not specifically controlled for, it’s possible that the decrease in body fat was mainly due to yohimbine’s effects on suppressing appetite, though this is just one theory.

In addition, not all yohimbine studies have had the same positive findings.

A French study using 18mg of yohimbine in 19 subjects for 8 weeks also showed no effects on fat loss as a result of supplementation.

Taking all of the data into consideration, the short and simple answer is that yohimbine probably will help out a bit with fat loss, but most likely only to a small degree.

Although it is one of the more effective fat burning compounds out there, it’s important to remember that ANY supplement (even the ones that technically do “work”) are still only going to provide a very modest boost to your results in the overall picture.

The vast majority of your fat burning results will simply come down to the consistency of your training and nutrition, and any supplement you use should only be viewed as the icing on the cake.

Supplementing with yohimbine will probably produce a small increase in your overall rate of fat loss along with a small boost in energy and a modest reduction in appetite, but don’t expect anything too serious.

That said, this compound should NOT be used by everyone, and if you are going to use it, it should only be used in certain contexts.

Who Should Supplement With Yohimbine? 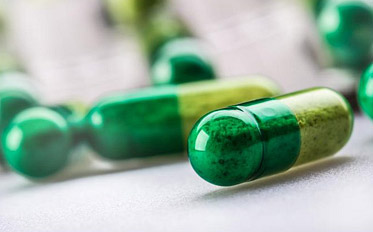 First off, let’s talk about who shouldn’t supplement with it.

Before you run out and spend your money on a yohimbine supplement, it’s very important to recognize that this is a highly stimulatory compound and can have pretty significant side effects in some individuals, specifically those who are prone to anxiety or panic attacks.

This is especially true if you’re combining it with other stimulants like caffeine.

Yohimbine revs up your heart rate, increases blood pressure and activates the body’s “fight or flight” mechanism, and anyone with any form of generalized anxiety or panic disorder would be best to simply steer clear of it.

Yohimbine can easily exacerbate these conditions, and the modest fat burning effect it may provide simply isn’t worth the risk.

In addition, those with bipolar disorder or who are using any sort of neurological medication would also be best to avoid yohimbine due to the potential interactions that can take place.

The bottom line is that I would only recommend experimenting with yohimbine if anxiety is NOT an issue for you, you don’t suffer from any specific mental health issues, and you tolerate stimulants just fine.

Even then, yohimbine should only be used toward the end of a cutting phase once you’re already fairly lean and are just trying to lose that last bit of stubborn fat.

If you’re just starting out on your cut or are mid-way through and still have a decent amount to lose, fat mobilization will be very easy to achieve just through proper training and nutrition alone without the need for any supplements.

It’s best not to use yohimbine for an extended period of time anyway, since you’ll likely develop tolerance to it quite quickly.

One study found that after just 15 days of consistent use, most of the noradrenaline increase is already lost.

So, if anything, only use yohimbine on an “as-needed” basis once you’ve hit at least 12% body fat and just want an extra push to go a bit lower. 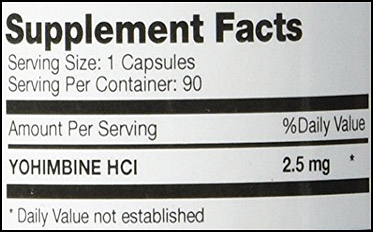 The standard yohimbine dosage is 0.2 mg per kg of bodyweight daily.

This would represent anywhere from about 5mg for a smaller female up to 15mg or slightly higher for a male.

Always start out with a lower dose to assess your tolerance first, and then gradually increase from there.

You’ll also want to take your yohimbine on an empty stomach, since insulin almost completely negates its effects.

This is why yohimbine supplements are likely most effective in those who use an intermittent fasting protocol, or at least in those who don’t eat breakfast for a few hours after waking.

Finding an exact proper dose can be tricky though, as there has been serious controversy surrounding yohimbine supplements in terms of their actual potency.

One study examined 49 different US products and found that only two brands accurately met their label claims. The actual yohimbine content of the various supplements ranged from as low as 23% all the way up to 147%.

Take this as a warning sign if you do want to use yohimbine, and always build up the dose gradually while carefully evaluating the way your body responds. 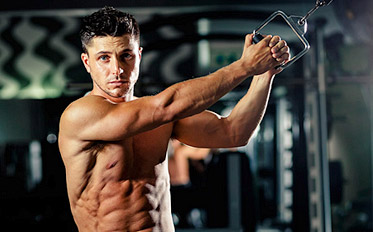 While yohimbine is one of the few “fat burners” out there that does seem to aid fat loss, it’s far from a miracle worker and the benefits will still only be modest at best.

No amount of yohimbine (or any supplement for that matter) can replace the basic fat loss essentials of proper training, nutrition and rest.

However, if you’re toward the end of a cutting phase and are looking for a few percent boost to help you lean down further, yohimbine may be a viable fat loss supplement to consider as long as you tolerate stimulants well and have no pre-existing health issues.

HOW TO BUILD ROUND “3D DELTS” THAT POP (4 EXERCISES)
HOW TO PERFORM CARDIO WHILE BULKING & BUILDING MUSCLE
IS CARDIO NECESSARY TO LOSE FAT DURING A CUTTING PHASE?
HOW TO LOSE FAT WITHOUT LOSING MUSCLE (4 SIMPLE TIPS)
5 BODYBUILDING SUPPLEMENT SCAMS & MYTHS TO AVOID
HOW TO BUILD BIG ARMS (THE SIMPLE TRUTH!)