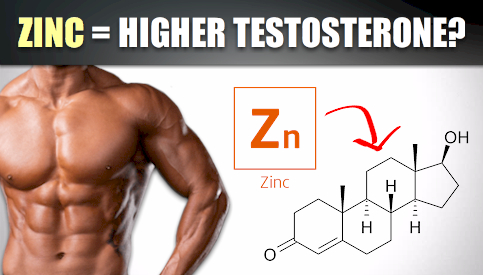 Zinc is an essential mineral we all require for proper functioning.

In today’s article you’re going to learn what zinc is, where it’s found, who is at risk of developing a deficiency, the link between zinc and testosterone, as well as the best forms of zinc to supplement with. 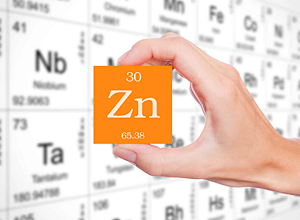 Zinc is a type of metal and is an essential mineral everyone requires in adequate amounts for optimal health and performance.

Zinc is involved in many important physiological processes in the body.

It plays an important role in gut health, cell production, maintenance of a strong immune system, the control of enzymes, the metabolism of RNA and DNA, and is incredibly important for male reproductive health.

Which Foods Are High In Zinc?

Zinc is abundant in a wide variety of foods, but it is particularly high in animal-based products.

Animal-based foods high in zinc include:

Plant-based foods high in zinc include:

Animal products tend to be superior for meeting your zinc requirements due to the fact that they simply contain more of it. This is likely why people following vegetarian diets tend to have lower zinc status.

Animal products also don’t contain plant phytates which have been shown to neutralize the absorption of zinc. Phytic acid binds to minerals in the gut and can inhibit the full absorption of zinc as well as calcium and iron.

It’s important to keep in mind that foods shouldn’t be considered “unhealthy” simply due to phytic acid content, as it does has multiple health benefits as well.

Despite animal products being superior, plant-based sources of zinc such as nuts, seeds, grains and vegetables can all count towards meeting your daily requirements.

Are You Zinc Deficient? 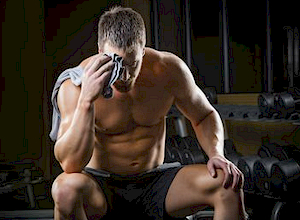 Unless you’re specifically tested for it, there’s no way to know for sure whether or not you’re deficient in zinc.

Symptoms of zinc deficiency are very generalized and include things such as impaired cognition, hair loss, low libido and loss of appetite.

I always hesitate to list out symptoms like this because they could be caused by any number of things and don’t necessarily indicate that you have low zinc levels.

The internet is not a place to diagnose yourself with zinc deficiency based on “a loss of appetite”, for example. If you’re genuinely concerned then you should see a doctor and get a test done, as it’s fairly cheap, fast and accurate.

That said, in a systematic literature review by the World Health Organization, it was concluded that zinc deficiency is fairly common, particularly in countries whose residents consume mostly plant-based foods.

This is especially true for hard-training lifters and athletes, since zinc is drained from the body through sweating.

If you’re performing intense weight training and cardio multiple days per week then your risk of losing zinc increases and the importance of maintaining an adequate dietary consumption of zinc also goes up.

Those living in warmer climates would need to be even more mindful of this.

The Link Between Zinc And Testosterone 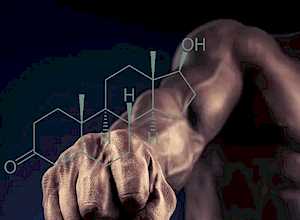 Testosterone is a critical male hormone responsible for producing masculine features and is the single most important compound involved in the muscle building process.

The synthesis of testosterone is complicated, but here’s a very succinct explanation…

Testosterone is created by Leydig cells in the testicles through cholesterol being converted into testosterone.

Androstenedione is a weak androgen which is converted into testosterone through an enzyme which is dependant on zinc for function.

Does A Zinc Deficiency Cause Low Testosterone?

Research on rats has also shown that a zinc deficiency results in sub-optimal conversion of cholesterol to testosterone.

Estrogen is the primary female sex hormone. Men do need it, but excessive amounts of estrogen are not something you want as a man.

Excessive estrogen levels are an indicator that your body has increased levels of aromatase enzyme activity. This enzyme is responsible for the conversion of testosterone into estrogen, and so keeping these levels under control is important.

By inhibiting aromatase, you cause an increase in levels of testosterone. There are various compounds known as “aromatase inhibitors”, and zinc is one of them.

Prolactin (the protein that helps females produce milk) has been found to decrease with an increase in zinc levels when compared to a control group.

All in all, the research is fairly clear that a zinc deficiency will likely result in a decrease in testosterone, as well as other markers of sexual health.

A randomized controlled trial looking at 108 fertile men and 103 subfertile men showed that a combination of zinc and folic acid resulted in an increased sperm count of 74% in the subfertile men. What’s interesting is that a similar result was found in the fertile men as well.

A study on wrestlers who supplemented with 3mg/kg of zinc daily for 4 weeks showed a significant increase in testosterone levels.

Yet another study showed that men supplementing with 250mg of zinc sulphate experienced an 84% increase in testosterone levels over a period of 6 weeks.

If you’re already consuming plenty of zinc and your testosterone levels are naturally high as is, then consuming additional zinc is not likely to provide any extra “super benefits”.

However, if you’re like many guys out there and your zinc intake is not quite at the optimal level, supplementing with additional zinc can definitely be useful when it comes to optimizing your testosterone levels for improved health, performance and muscle growth.

How Much Zinc Should You Be Taking? 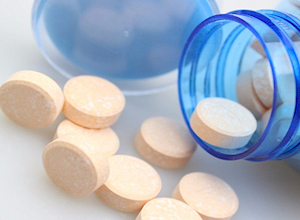 15mg would be considered as the minimum daily intake through a combination of both foods and supplements.

Research has shown that taking upwards of 100mg of zinc per day is not dangerous, at least in the short term (up to 4 months).

However, there is a point of diminishing returns.

If you’re consuming a generous amount of zinc (over 80mg) then you may need to consider taking a copper supplement as well, since too much zinc can interfere with the absorption of copper. The ideal ratio of zinc to copper should be 10:1 respectively.

If you decide to supplement with zinc then taking between 15-50mg of zinc daily is a good range to aim for in the majority of cases.

Which Form Of Zinc Is Superior?

There are many different forms of zinc available. An entire article could be devoted to this subject alone and so I won’t explain the differences in depth.

Some common forms include zinc oxide, citrate, sulphate, acetate, gluconate, orotate, and picolinate. It’s important to note that the percentage of zinc in a supplement varies based on which type you’re taking (4, 5).

Although zinc oxide is a commonly used form in many products due to its low cost, its bio-availability in humans is quite low to where only a minimal amount may actually be absorbed.

Based on the entire body of research currently available, my top three recommended forms would be zinc citrate, zinc picolinate and zinc orotate. 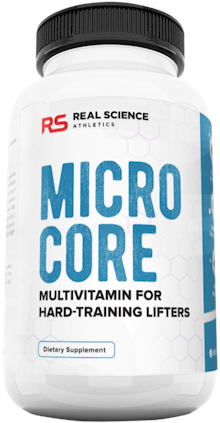 These forms will effectively pass through the membranes of your cells and help to increase zinc concentrations.

If you’re looking to add a zinc supplement to your plan to ensure that your levels are within an optimal range, an excellent option is the Microcore blend from our sports nutrition line, RealScience Athletics.

The full daily dose of Microcore provides 30mg of zinc citrate, along with vitamin D3 and magnesium, two other key micronutrients that the majority of lifters are lacking in and that are also critical when it comes to testosterone production and overall health.

The combination of zinc, magnesium and vitamin D3 (along with vitamin K and a vitamin B complex which are also included) provides the perfect blend of vitamins and minerals that hard-training gym goers need most while excluding all of the extra unnecessary junk you don’t require.

Overall it’s safe to say that zinc is an androgenic mineral.

It is vital for male reproductive health, and when men are deficient it clearly results in low testosterone levels as well as a number of other health problems.

If your dietary zinc intake is already high as is and your testosterone levels are near the higher end of the normal range, then supplementing with additional zinc likely isn’t going to produce any significantly noticeable benefits.

However, if you’re like most guys who are training hard in the gym and have at least slightly impaired zinc status (especially if you’re a vegan or vegetarian), supplementing with additional zinc can be helpful to ensure that your training performance, muscle growth, recovery, libido and overall health are operating at their very best.

A stand-alone zinc supplement is an option, but since most lifters would also benefit from additional vitamin D3 and magnesium, a more complete blend such as that found in Microcore would be highly recommended.

HOW HEAVY SHOULD YOU LIFT? (“EGO LIFTING” VS. LIGHT WEIGHTS)
ARE BCAA’S WORTH IT? (BRANCHED CHAIN AMINO ACIDS REVIEW)
5 BODYBUILDING DIET TIPS TO HELP YOU STAY CONSISTENT
WHAT IS THE BEST TESTOSTERONE BOOSTER?
IS COUNTING MACROS NECESSARY TO BUILD A GREAT PHYSIQUE?
LEG EXTENSIONS: GOOD OR BAD? (SAFE FOR YOUR KNEES?)