ARE DEADLIFTS NECESSARY IN A MUSCLE BUILDING ROUTINE?

February 2, 2017
Sean Nalewanyj
Back, Training
No Comments on ARE DEADLIFTS NECESSARY IN A MUSCLE BUILDING ROUTINE? 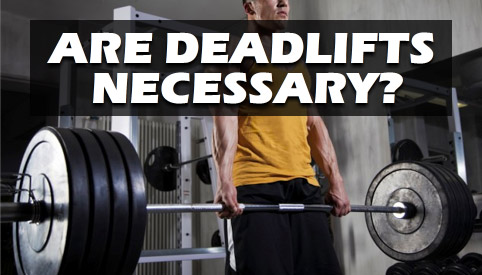 In fact, some lifters will even go as far as to say that you can’t build a truly great physique without them.

But is the basic conventional deadlift really everything it’s cracked up to be?

Are deadlifts necessary in a hypertrophy-based program where the main goal is to maximize overall muscular development?

Let’s talk about it…

Are Deadlifts Necessary To Build Muscle? 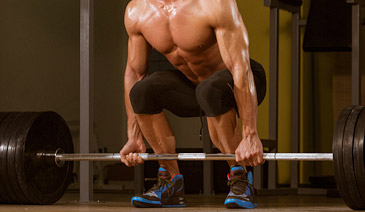 Despite the “hardcore” fitness mentality that tends to treat the deadlift as some sort of “magical” exercise that every single trainee should be doing no matter what (and that considers not performing them to be a symbol of laziness or a lack of mental toughness), the simple truth is this…

Whether or not the deadlift should be included in your training program completely depends on you and on what your specific training goals, preferences, and physical limitations are.

No, not everyone needs to be performing deadlifts.

And although I’m sure many readers will instantly recoil at this idea due to the deadlift’s central place in bodybuilding and fitness culture, it’s important to view these questions with an open mind and to examine things logically and rationally before jumping to automatic conclusions.

Are you training to be a powerlifter? Then obviously the deadlift will play a central role in your program.

Is your goal to maximize athletic performance? The deadlift can certainly have some value there as well.

Do you simply enjoy deadlifting purely for the sake of it and want to challenge yourself to see how strong you can get? Deadlift away.

However, for those who are in the gym with the primary goal of gaining muscle and building an aesthetic physique (and who have no real preference in terms of which exercises are used to achieve that), no, the conventional deadlift is not something you “must” perform.

The main argument that is usually made in favor of the deadlift is that it allows you to lift a large amount of total weight and stimulate multiple muscle groups at the same time.

And while that’s technically true, it isn’t necessarily some sort of “special benefit” when viewed within the context of an overall bodybuilding program that already includes various exercises to directly train each individual muscle group.

If you were following a minimalist style of training where the goal was to be as efficient with your workouts as possible and build muscle with fewer exercises and less time in the gym, then yes, conventional deadlifts would certainly make sense in that situation.

However, the simple fact is that all of the individual muscle groups the deadlift trains are already being hit just as, if not more effectively by using the direct exercises for those particular muscles that you’re probably already performing in your plan.

For example, when it comes to the building the quads, a basic barbell back squat (or even a leg press or lunge) will already be stressing them to a much higher degree than a conventional deadlift will.

For hamstrings, a stiff-legged or Romanian deadlift will provide more direct stimulation than a standard bent-legged deadlift will, especially when done in combination with a leg curling exercise.

The compound movements above will also target the glutes effectively, and a hip thrusting exercise will train the glutes harder than any exercise out there.

So, in terms of lower body training, a conventional deadlift isn’t really adding anything to your program that you aren’t already getting from those basic leg exercises that are already included in most well-rounded bodybuilding routines.

Now, what about the upper body? Are deadlifts necessary to build a big back?

Although this is what the deadlift is traditionally used for in most muscle building programs, the truth is that it still isn’t really needed for that purpose either.

The deadlift only places a high amount of stress on the upper back musculature toward the top half of the movement, and standard back exercises like pull ups, pulldowns, rows, shrugs and face pulls will already provide enough stimulation to hit your entire back effectively.

If your goal is to use a deadlifting motion in order to hone in on your mid-back and trap muscles for increased size and thickness, you’ll actually be better off by eliminating the bottom half of the movement and simply performing rack pulls instead. 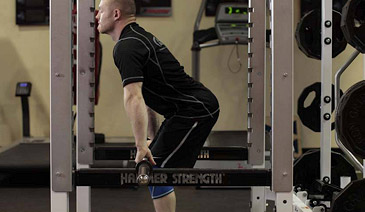 “But deadlifts increase testosterone, and that helps you build more muscle throughout your entire body!”

This is another common argument that is used in favor of the deadlift for bodybuilding purposes, but unfortunately it’s another one that simply comes up short.

While it is technically true that deadlifts provide a small spike in testosterone levels directly after your workout, the increase still isn’t large enough (or long-term enough) to have any measurable impact on hypertrophy.

Merely “increasing testosterone levels” in and of itself does NOT automatically mean that those increases are going to translate to greater muscle growth.

That’s because in order for increases in testosterone to have any measurable impact on muscle hypertrophy, those levels must be elevated by a very large percentage and then sustained over a prolonged period of time in order to take effect.

When it comes to the hormonal changes that result specifically from resistance training, it’s only acute, temporary spikes that are produced which then fall back to baseline fairly quickly.

So, performing deadlifts for this specific purpose is ultimately a waste of time and effort.

Potential Drawbacks Of Deadlifts For Bodybuilders 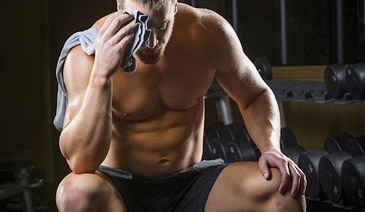 Not only are deadlifts most likely an unnecessary movement in a routine aimed purely at maximizing muscle growth, but they can actually have a few possible downsides as well.

The main issue with conventional deadlifts is the very high amount of stress they place the body under as a whole.

The large amount of total weight being lifted and the use of so many different muscle groups at the same time will deliver a pretty significant hit to the central nervous system and just take a lot out of you in general.

There are 3 possible consequences to this…

First off, it could end up draining a significant portion of your strength and energy early on in your workout and reduce performance on subsequent exercises or the total amount of volume you’d otherwise be able to perform.

Secondly, it could increase the amount of time required for you to properly recover in between training sessions and thereby decrease the frequency at which you’re able to train each individual muscle group throughout the week.

Thirdly, it could increase the instances of “overlap” throughout the week. For example, performing deadlifts in the days prior to a leg workout could affect your performance on more valuable lower body lifts such as the squat, or performing it in the days after could impact your recovery from those same exercises.

The other possible downside to the deadlift is for those with pre-existing lower back issues.

Because of the commonly held dogmatic view in the fitness industry where deadlifts are treated as somehow being a “mandatory” lift, many lifters end up regularly performing them despite their lower back pain, fearing they’ll be missing out on potential muscle gains if they don’t.

If you have a lower back injury and experience discomfort when performing deadlifts, do NOT try to “tough through it”.

Deadlifts are already an optional exercise for those whose main goal is to build muscle, and if the movement does give you lower back pain despite the use of proper form and having taken active steps to try and heal the injury, there’s just no good reason at all to be doing them.

Injury prevention should always be treated as a primary factor in your training plan, and it’s something that most lifters just don’t pay enough attention to.

When selecting exercises for your muscle building program, it’s important to think not only in terms of which movements are needed to reach your goals, but also in terms of how safe and sustainable that program is going to be over the long term.

Should You Do Deadlifts? The Bottom Line 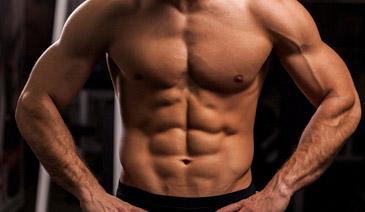 So, are deadlifts necessary to include in your training plan?

If you have no specific desire to perform deadlifts (or if you have a pre-existing injury that prevents you from performing them without discomfort), you’re probably not missing out on anything from a muscle building perspective by excluding the deadlift from your routine.

In fact, doing so may actually end up improving your overall recovery and your performance on other more important direct muscle building exercises throughout the week.

If you’re looking to maximize your total-body size and strength (or if you simply enjoy deadlifting purely for the sake of it), then by all means go ahead and include the deadlift in your program.

However, if your primary goal in the gym is centered around muscle hypertrophy, then no, a conventional deadlift probably isn’t an exercise that you need to be doing.

THE BEST TIME OF DAY TO WORKOUT FOR MAXIMUM RESULTS
LEG EXTENSIONS: GOOD OR BAD? (SAFE FOR YOUR KNEES?)
10 ANNOYING GYM ETIQUETTE MISTAKES (DON’T BE THAT GUY)
HOW LONG DOES IT TAKE TO LOSE MUSCLE AFTER A GYM LAYOFF?
THE BENEFITS OF A “DELOAD WEEK” (AND HOW TO DO IT PROPERLY)
THE MYTH OF “FAT BURNING FOODS”