BEHIND THE NECK PRESS: GOOD OR BAD? SAFE OR DANGEROUS?

April 24, 2014
Sean Nalewanyj
Shoulders, Training
No Comments on BEHIND THE NECK PRESS: GOOD OR BAD? SAFE OR DANGEROUS? 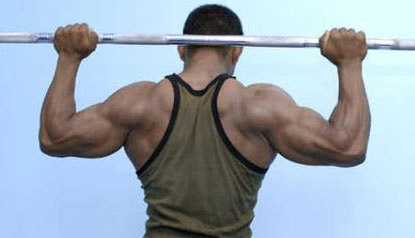 Basic overhead freeweight presses have always been considered as the foundation of effective shoulder training.

Along with military presses and seated overhead dumbbell presses, behind-the-neck presses are another popular variation that you’ll often see performed at the gym.

Although these have been a staple lift in bodybuilding routines for decades, their safety is often brought up as an issue of concern. It’s often claimed that they place the shoulder into a vulnerable position and put the lifter at risk for injury.

But what’s the real truth here? Are behind-the-neck presses safe? Or should you scrap them from your program?

When you consider the basic bio-mechanics of the movement, it’s fairly clear to see that the critics of this lift are correct…

You’ll almost certainly be best off ditching those behind-the-neck presses and replacing them with a pressing movement from the front. 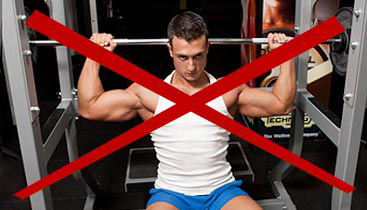 In order to move your upper arms into the proper position to execute this lift, your shoulders must be placed into an extreme externally rotated position. This forces the subscapularis (one of the four rotator cuff muscles) into an overly stretched position.

This is fine if you’re simply sitting there with your arms suspended in the air, but add a heavy barbell into the equation (which must then be pressed up and down close to the point of muscular failure) and you start to create a very risky scenario for yourself.

The rotator cuff is a small, delicate group of muscles and tendons that act to stabilize your shoulder joint, and they are not designed to lift heavy loads like this. 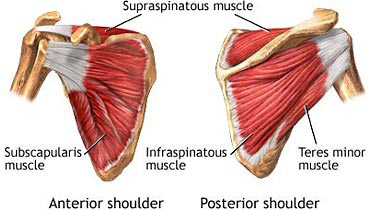 Overly stress these muscles to the point of injury and your entire upper body training routine (and even some lower body lifts such as squats or barbell lunges) is going to suffer, potentially irreversibly.

Is it possible that one could perform behind-the-neck presses consistently without sustaining an injury?

Sure, it’s perfectly possible. Many lifters have done so for months and years and still don’t end up running into problems.

However, I cannot think of any good reason why you should take the risk. 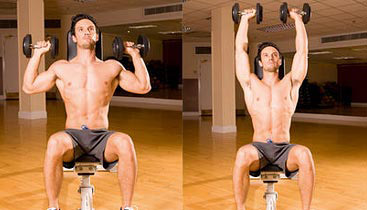 Pressing weights overhead from the front is a natural movement pattern for the human body and will allow you to effectively stimulate your shoulder muscles without putting your rotator cuffs at risk. (This of course assumes that you’re training with proper form)

The main argument that lifters in favor of behind-the-neck presses give is that it targets the lateral head of the deltoid (the middle portion) more effectively than a press from the front.

And while this may be true to a degree, it’s still irrelevant in the big picture since the anterior deltoid (the front head) will still remain as the prime mover, and the majority of the lateral deltoid stimulation and growth that you achieve will come from your side lateral raises anyway.

Regardless of how you perform your overhead presses, it is still ultimately a front delt exercise.

For these reasons, I would highly recommend removing behind-the-neck presses from your routine. There’s no real upside, yet there is a very serious potential downside.

To get the same muscle building effects while keeping your shoulder joints safe and healthy, stick with a barbell military press to the front, or even better, a seated overhead dumbbell press.