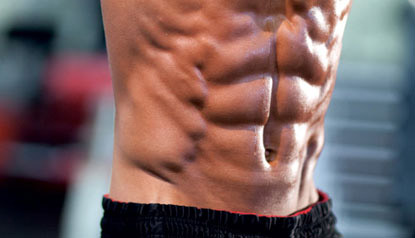 Have a look at the typical exercises most people include in their “core strength” routine at the gym, and you’ll usually see an over-abundance of the same old crunches, leg raises and sit ups being performed over and over again.

While there’s certainly nothing wrong with including these movements in your overall plan, it’s important to realize that your “core” extends far beyond just the surface level “six pack” muscles (technically referred to as the rectus abdominis) that most trainees are primarily concerned with developing.

The core is a highly complex set of muscles that basically includes everything except your arms and legs. This includes the transverse abdominus, pelvic floor muscles, multifidus, obliques, spinal erectors, diaphragm and the rectus abdominis, as well as a very long list of other deeper muscles. 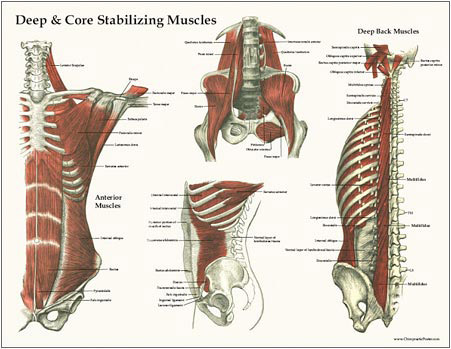 There’s virtually no end to the various core exercises you could possibly include in your training plan, but today I want to share one of my absolute favorites known as the “Pallof Press”.

What makes this movement one of the very best core strengthening exercises out there, is that unlike the typical crunch/leg raise movements, the Pallof Press trains your core based on its true primary function, which is to act as a stabilizer and force transfer center rather than as a prime mover. (Most people primarily train their core as a prime mover in isolation, and miss out on many potential benefits as a result)

The basic idea here is to press a cable handle out in front of your body, and while keeping your stance solid and core muscles tight, resist rotation as the force of the weight attempts to pull you to the side.

There are several different Pallof Press variations you could choose from, but I’m simply going to outline the basic form I recommend to most people…

1) Grab a cable with a single hand pulley and take a few steps directly out to the side.

2) Stand with your feet shoulder width apart with knees slightly bent, keeping your chest puffed out and your shoulders back.

3) Under complete control and without letting your torso sway forward or back, fully extend your arms out in front of you, hold for a count of 1-2 seconds, and then return your hands back to the starting position.

Keep in mind that the narrower your stance is, the harder the exercise becomes. Keep your feet shoulder width apart at all times and select a weight that allows you to perform 8-12 smooth reps under complete control. Don’t think of this as an explosive power exercise by any means.

If you workout from home and don’t have access to a standing cable machine, you can perform your Pallof Presses using resistance bands instead.

I’d recommend including this exercise in your routine 1-2 times per week, along with other core strength exercises I’ll be outlining in future posts.

CAN’T EAT ENOUGH CALORIES TO BULK UP AND GAIN MUSCLE? (4 TIPS)
NO MOTIVATION TO WORK OUT? HERE’S WHAT TO DO
HOW TO RETURN TO THE GYM AFTER A TRAINING LAYOFF
WHEY PROTEIN POWDER SCAM: “AMINO ACID SPIKING”
GAINING FAT, NOT MUSCLE? 4 MISTAKES YOU’RE MAKING
BEST BULKING DIET TO BUILD MUSCLE? (THE SIMPLE TRUTH)