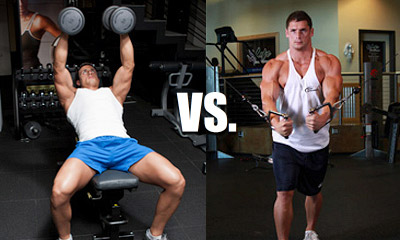 The debate surrounding dumbbell flys vs. cable flys continue among gym bros around the world.

Although a heavy compound press should always be the cornerstone of your chest training routine, flys are a great movement to include at the end of your workout as they target a separate movement pattern of the pecs for complete, well-rounded development.

But what is the best fly exercise for stimulating maximum hypertrophy in the pecs? A dumbbell fly or a cable fly?

Although I do tend to favor free weight movements over cable and machine variations in a lot of cases, this situation is one of the exceptions.

Before I go further, let me first say that either version of the fly, whether it be with dumbbells or cables, is going to effectively work your chest and stimulate growth over time. There’s no question about that. What we’re simply talking about here is which version is optimal and will produce the maximum benefit.

The reason why dumbbell flys come up short in this case is simple: they only produce significant tension on the pecs in the bottom half of the range of motion.

As you press the weights up past halfway, the effects of gravity take over and the tension gradually leaves the pecs. Once you get to the top of the movement and gravity is pulling the weights straight down (rather than out to the sides), there is virtually no stress on the pecs at all as your shoulders and triceps simply work to keep the weight balanced above your head. 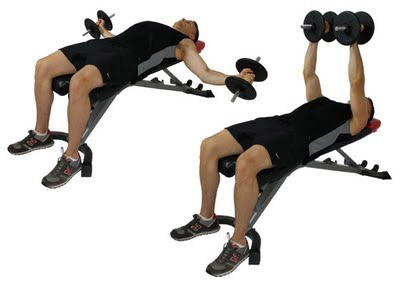 Cable flys solve this issue by providing constant tension on the pecs throughout the entire range of motion.

There is significant resistance both at the very bottom of the movement all the way to the very top, as gravity is no longer a factor and the pecs have to work to keep the cables from pulling apart.

In addition to this, dumbbell flys also place more overall stress on the shoulder joint. In the bottom of the movement when your arms are out to your sides, gravity is applying maximum force while your shoulder is in its weakest and most vulnerable position. (This relates to my tips on eliminating shoulder pain on the bench press, specifically why you shouldn’t lift too heavy when your shoulders are most at risk of injury.)

Because a cable fly moves the resistance slightly out to your sides, it will not stress your shoulder joints to the same degree.

Which version of the cable fly is best?

Although cable flys can be effectively performed in a variety of ways, my suggestion is to execute them in a standing position, one foot forward, with the cables above shoulder height. This angle will place maximum stress on the sternocostal fibers of the pec where the majority of the mass is located. 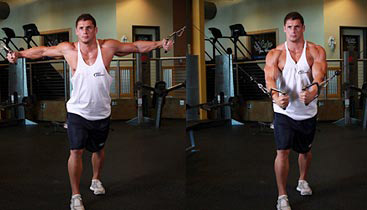 Performing cable flys in a low to high position involves more front delt and shifts the emphasis onto the much smaller upper clavicular fibers. Performing both variations is of course an option, or you can use the low to high angle if you’re specifically trying to target that very upper portion of your chest.

Read up on my guide on the best way to do incline flys for upper chest gains to learn more. 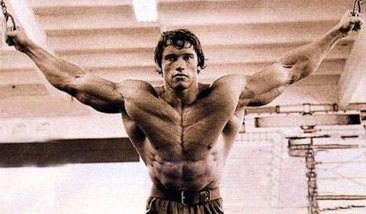 Although both variations are acceptable, a cable fly is the best fly exercise as part of a muscle building routine due to its superior resistance profile and decreased stress on the shoulder joint.

I’d recommend performing 3-4 sets of cable flys for 8 to 10 controlled reps at the very end of your chest workout after all of your pressing exercises have been completed.

HOW TO LOSE FAT WITHOUT LOSING MUSCLE (4 SIMPLE TIPS)
“AM I OVERTRAINING?” – 10 SIGNS YOU’RE TRAINING TOO HARD
7 WAYS FITNESS SUPPLEMENT COMPANIES ARE RIPPING YOU OFF
GAINING FAT, NOT MUSCLE? 4 MISTAKES YOU’RE MAKING
DOES FASTED CARDIO BURN MORE FAT?
6 UNCOMMON EXERCISES FOR A THICK, MUSCULAR BACK