“BRO SPLIT” ROUTINES: ARE THEY EFFECTIVE FOR BUILDING MUSCLE? 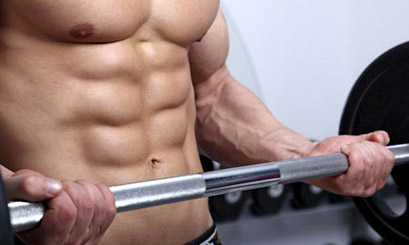 The classic bodybuilding “bro split” has been a hugely popular training approach for decades and is still a very widely used method for those trying to pack on muscle size and strength.

What Is A Bro Split?

Simply put, with the typical “bro split” you’ll train each muscle once per week over the course of 4-6 workouts.

There are many different ways this could be laid out, but here’s an example of what it might look like…

This is just one example of many possibilities.

Unlike a basic full body routine, upper/lower split or legs/push/pull split, bro splits target just 1 or 2 muscle groups per workout while utilizing a lower overall training frequency for those muscles of just once per week as opposed to the 2 or 3 times per week you’d get from most other popular training approaches. 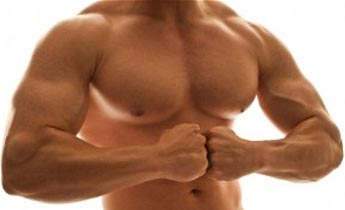 In recent years, bro splits have gotten a lot of criticism in the bodybuilding community as being a “waste of time” for those trying to build muscle naturally.

It’s said that this type of routine is only suitable for “enhanced” bodybuilders, and that with natural bodybuilding you’ll see faster and more efficient progress using a program that hits each individual muscle group at a higher frequency.

All in all, this is basically true; hitting each muscle group directly only once per week is probably not going to be the optimal approach for the average natural trainee who wants to progress at the fastest possible rate.

This is because, assuming you’ve got a solid muscle building diet place, a given muscle simply does not require a full week of rest in order to fully recover from the previous workout.

In most cases, 3-4 days will probably be enough for full recovery and growth to take place, at which point that muscle could be trained again.

By utilizing the once-per-week bro split approach, you essentially leave your fully recovered muscles “idle” for several days out of every week where they could be trained again and a new “growth period” stimulated, but are instead left to rest.

You certainly wouldn’t lose muscle over those few extra days of rest (actual muscle loss will usually only kick in after at least a couple weeks of inactivity), but you simply won’t progress at your maximum potential.

For example, if you did a chest workout twice per week using a basic upper/lower split, you’d end up with 104 individual “growth periods” over the course of 1 year for that muscle, as opposed to the 52 growth periods you’d get by training it only once per week. 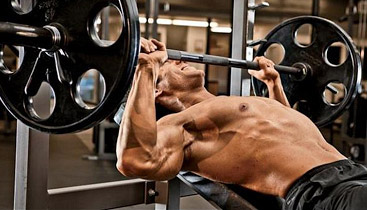 I’m not necessarily saying that this would literally translate to double the progress, but the higher training frequency would almost certainly be a more efficient way to train for most lifters.

This is why I generally recommend a full body routine 3 days per week or an upper/lower body split performed 3-4 days per week for the typical novice lifter, just like I outline in my complete Body Transformation Blueprint system.

This type of routine still allows for enough total volume and “focus” for each individual muscle in a given workout, but also lets you comfortably hit those muscles at a higher frequency of around 1.5 to 3 times per week.

You might be thinking by now that I’m completely against the use of bro splits and that they shouldn’t be bothered with at all, but actually, this is not the case. 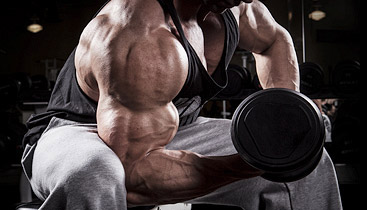 So, we’ve established that a typical “bro split” is probably not the optimal approach for those who want to build muscle as quickly as possible, since it basically under-trains each individual muscle from a weekly frequency perspective.

However, the fact that a bro split isn’t optimal does NOT mean that it isn’t effective or that it doesn’t work.

When it all comes down to it, ANY bodybuilding approach that allows you to train a given muscle with sufficient volume/intensity and that allows for progressive overload over time will produce consistent gains in size and strength.

A typical bro split certainly accomplishes that, and many lifters (myself included) have seen significant, ongoing gains from week to week using this exact type of approach.

An average beginner or novice using a bro split will likely not build muscle at the same rate as they would on a higher frequency routine, but they’ll still make impressive gains regardless.

For many lifters, a 4-6 day per week bro split is simply a more enjoyable way to work out, and one that leaves them feeling more excited and with more motivation to workout.

There definitely is something fun about being able to go into the gym and really “pump up” just 1 or 2 muscles with a wider variety of exercises and total sets, and if this workout style maximizes your overall adherence to your program and you just simply prefer it, I don’t see anything wrong with using it if even just for intermittent cycles of training.

I would also point out the fact that although the differences in overall progress between a lifter using a bro split and one using a higher frequency routine would probably be fairly pronounced in the initial stages of the training program, they will tend to level out over time.

This is because there are sharp diminishing returns in muscle growth the longer one has been training, and because there is only a finite amount of muscle that a natural trainee can pack on in the first place.

You’ll see varying estimates thrown around, but a good rule of thumb is that you can expect your rate of muscle growth to slow down by roughly 50% for each year that you’ve been consistently training.

As you come closer and closer to reaching your genetic potential, your gains will naturally decline until you reach the point where a pound or two of actual lean tissue over the course of an entire year would be considered a success.

So although something like an upper/lower or legs/push/pull routine would almost certainly produce faster gains “out of the gate”, after 5+ years of hard training and proper nutrition the differences between that and a standard bro split would likely be minimal since both approaches would still allow one to achieve gains close to their genetic potential over the long term anyway. 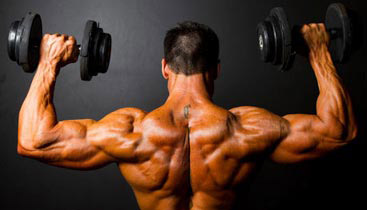 In my opinion, these are the key take home points on the issue of a “bro split” vs. full body, upper/lower or LPP…

1) If your goal is to experience the fastest and most efficient progress possible regardless of the specific routine, then a bro split will probably not be your ideal choice.

Instead, go with something that hits each muscle closer to twice per week, such as an upper/lower done 3-4 times per week as a novice, or legs/push/pull done 4-5 times per week if you’re a bit more advanced.

2) If you simply prefer a bro split because you find this style of training to be more fun and motivating for you, and you’re aware that it won’t be optimal for building muscle (at least in the short term) but would prefer to use it anyway, the choice is completely up to you.

There’s nothing wrong with using a bro split and you’ll still make significant gains following one (as long as it’s implemented properly and you’re tracking your bulking progress accurately over time), though it may simply take you a longer period of time to experience the same gains as someone training with higher frequency.

In the end, it’s just about weighing your options, comparing the pros and cons, and then deciding what style of training is right for you.

CAN’T EAT ENOUGH CALORIES TO BULK UP AND GAIN MUSCLE? (4 TIPS)
HOW TO BUILD ROUND “3D DELTS” THAT POP (4 EXERCISES)
WHY A “HEALTHY DIET” IS NOT ENOUGH FOR REAL MUSCLE GROWTH & FAT LOSS
DOES FASTED CARDIO BURN MORE FAT?
7 SIDE LATERAL RAISE MISTAKES TO AVOID FOR BIGGER SIDE DELTS
WHY YOU NEED TO DO FACE PULLS (BENEFITS AND PROPER FORM)