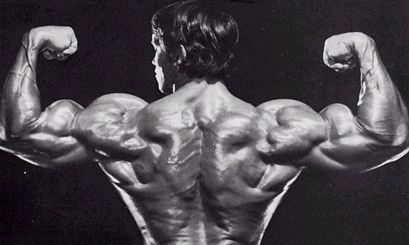 Just as I’ve suggested to use cables for bicep curls, I also highly recommend trying standing cable pullovers to effectively train your lats.

You won’t see these being performed in the gym very often nowadays, but a basic lat pullover is actually one of the oldest bodybuilding movements in the book and was considered an absolute staple exercise back in the 50’s, 60’s, and 70’s.

Just as the barbell squat is considered the king of all lower body exercises, the pullover was given the same respect for its muscle building effects on the upper body and was even said to “expand the ribcage” when performed using deep breaths in between each rep. 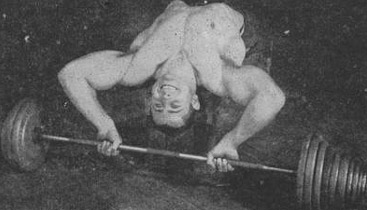 Whether or not pullovers really are the “king” of all upper body exercises, and whether or not they actually do expand one’s ribcage, I highly doubt. But in any case, pullovers definitely are a great exercise when it comes to isolating the lats for increased width and thickness and work very well as a finishing movement to round out your complete lat workout.

Most lifters (especially beginners) tend to have a hard time activating the lats effectively using traditional vertical and horizontal pulling movements, as other surrounding muscles (such as the biceps, shoulders, traps, rhomboids, and teres groups) end up taking on a high percentage of the load. This is why the lats are often a lagging muscle group on many lifters’ physiques.

Unlike standard pull ups, pulldowns, and rows, pullovers allow you to directly isolate your lats through a large range of motion and with minimal involvement of these other muscle groups.

Just as chest flys are a good follow-up to compound presses for isolating the chest and ensuring full stimulation and growth, pullovers can be treated in the same way for the lats.

Why Traditional Dumbbell Pullovers Are Not The Best Option 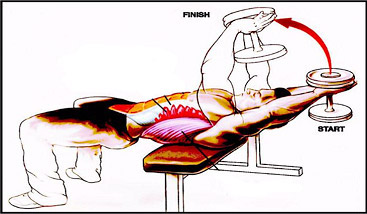 The traditional way that pullovers are executed is by laying perpendicular across a bench and performing the movement using a single dumbbell.

Although still an effective exercise, the problem with dumbbell pullovers is that they don’t provide consistent tension on the lats throughout the entire range of motion due to the straight-up-and-down direction that gravity pulls the resistance.

The lats end up being hit very hard in the first half of the range, but as you pull the dumbbell further and further toward your chest, the stress gradually decreases until there’s very little to no tension at all on the lats in the finishing position.

You can improve this by performing your dumbbell pullovers on a decline bench, but for even better results I’d recommend one of the following two options…

The first (and best) way of performing this exercise is by using a lat pullover machine. 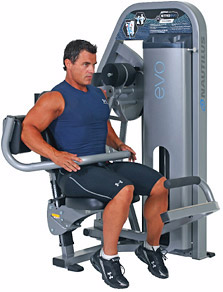 The lat pullover machine allows you to use the fullest range of motion possible and keeps full tension on the lats from the very bottom of the movement all the way to the top.

This exercise is a great example of where a machine lift allows you to do something that you cannot mimic using free weights.

The main downside here, however, is that most gyms simply don’t have a lat pullover machine available.

For that reason, most lifters will want to move on to the next best option, and that is to perform your lat pullovers using a cable.

Although not quite as effective as the pullover machine, cable pullovers are still superior to the basic dumbbell variation when it comes to targeting the lats, again, because they place the lats under more consistent tension throughout the range of motion.

On top of that, most people find the cable pullover variation to be easier on the shoulder joints in comparison to performing them with a dumbbell.

One option here is to simply place a bench a few feet away from a cable stand and to perform your cable pullovers in the same basic position as the dumbbell variation, but using a straight bar attachment instead.

This provides a slight improvement over the dumbbell version since the resistance is now being pulled down and back rather than straight up and down. However, to get an even fuller range of motion and a deeper contraction in your lats, my recommendation is to perform them in a standing position instead.

Here’s how to go about it…

1) Place a straight-bar or EZ-curl bar attachment as high up on a cable stand as possible.

3) Keep a solid stance with your feet at about shoulder width apart, either directly side by side or with one foot slightly in front of the other.

4) With your lower back slightly arched, chest puffed out and torso leaning forward, pull the cable attachment down in a circular motion until your arms are at your sides and you feel a strong contraction in your lats. Focus on driving the resistance down using your elbows rather than your hands in order to maximize lat activation.

5) Raise the bar back up under control until it is directly overhead and the lats are stretched before pulling the weight back down again.

Keep in mind that because everyone has a different body structure and varying shoulder flexibility, the optimal distance from the machine and the range of motion will vary a bit from person to person.

You’ll need to experiment with the movement to find the position for yourself that produces the strongest contraction in the lats and that feels most comfortable on your shoulders and elbows.

My suggestion is to perform these as a finishing movement at the end of your lat workout after your compound vertical and horizontal pulling movements have been completed, for 3-4 sets of anywhere from 8-12 controlled reps.

Although a fairly uncommon exercise, standing cable pullovers allow you to hit your lats using a different angle than traditional pull ups, pulldowns, and rows and are a great way to round out your workout for maximum lat stimulation and growth.