WHAT IS THE BEST REP RANGE FOR MUSCLE GROWTH?

August 25, 2021
Sean Nalewanyj
General Training
No Comments on WHAT IS THE BEST REP RANGE FOR MUSCLE GROWTH? 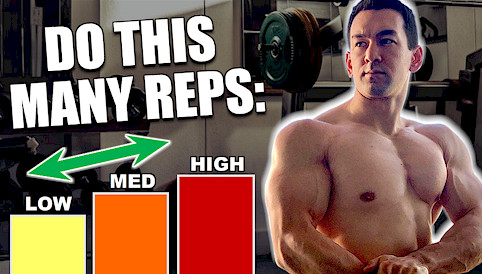 While many people claim that all rep ranges are equally effective for muscle growth, that’s a flawed claim.

In this article, you’ll discover why there is indeed a “best” rep range for hypertrophy. And you’ll find out what is optimal for you.

Does The Rep Range You Use Matter For Muscle Growth?

People have claimed for years that you’ll have to do six to twelve reps per set if you want to optimize muscle growth.

They said that going below six reps would produce strength gains instead of muscle growth, while going over twelve reps triggers mostly endurance adaptations.

Over the past few years, however, studies have debunked the idea of an “ideal hypertrophy rep range.” Those studies show that you can gain the same amount of muscle with a wide variety of reps.

For instance, some data shows that you can gain the same amount of muscle by training with three reps, thirty reps, or anything in between as long as you train within a few reps of failure.

As a result, lifters now often claim it doesn’t matter which rep range you use as long as you train hard enough.

I somewhat agree with that statement. If you check the studies, it looks like any rep range is effective as long as you go close to failure.

However, that’s a flawed viewpoint. It’s oversimplified and too short-sighted to only look at things on a set-per-set basis.

To get the whole story, you have to extrapolate this across an entire workout in terms of doing 15, 18, 25, or even more sets in a row. You then have to do it over weeks and months.

If you do that, the “bros” were mostly correct. There is a general zone where you can best accumulate training volume, between five to ten reps per set.

I’ll explain why that’s the case in a minute. But first, let’s make one thing clear: this doesn’t mean you must do all your sets in that rep range. And it doesn’t mean it’s a problem to do 11 or more reps.

However, for most of the average natural lifters, it’s ideal to center a workout program around the 5-10 rep zone.

To discover why, let’s first look at why this rep range is superior to doing mostly high-rep sets, such as 15 or more per set. 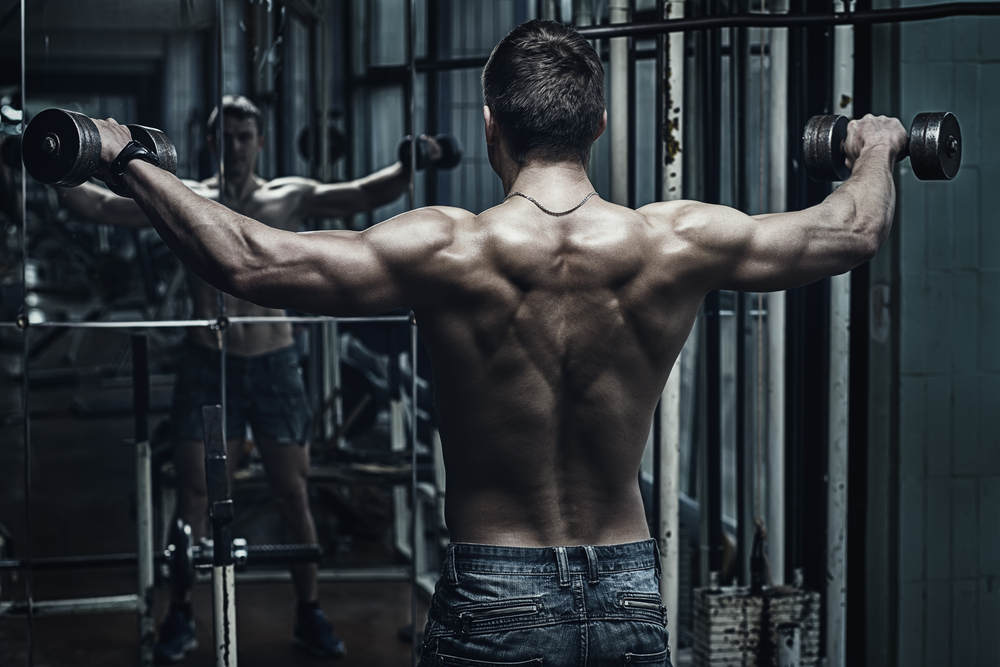 Many of the popular fitness YouTubers and magazines recommend high-rep training. They state you must do 15 to 20 reps per set if you want to build muscle.

Interestingly, it’s primarily steroid-using bodybuilders that lean toward this range. Those guys tend to do high-rep “constant tension” training.

Sure, they do get huge with that training style. But remember, when you throw drugs into the mix, it doesn’t matter much what training style you use. As long as enhanced lifters train hard enough and stay consistent, their muscles will blow up regardless of the used rep range.

That said, those lifters often don’t use a high rep range with the idea that it is superior for muscle growth. Instead, they use it to prevent injuries.

You see, steroids can cause rapid muscle growth, but it takes much longer for connective tissues like tendons to adapt. As a result, lifting very heavy as an enhanced bodybuilder can vastly increase injury risk. Their tendons just aren’t on the same level as their muscular strength.

That’s why they’ll train with high reps. They can then still get an effective muscle building trigger while reducing injury risk due to using less weight.

As a natural trainee, however, there isn’t such a difference between the rate at which muscles and connective tissues like tendons can strengthen.

Therefore, you don’t have to rely on high-rep sets to prevent injuries. In fact, doing so will likely lead to suboptimal results. Here’s why: 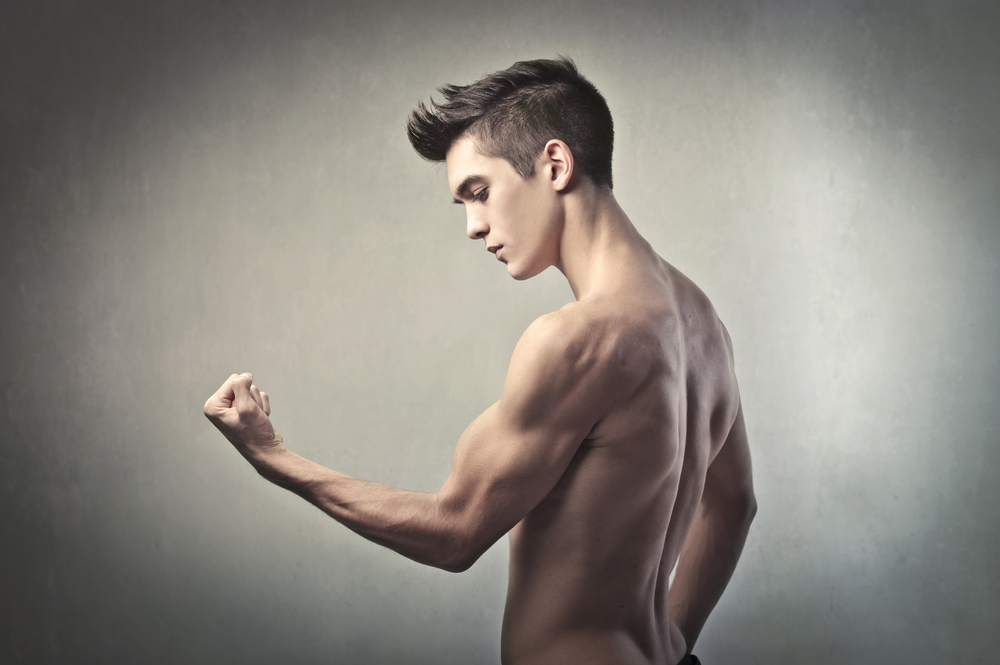 First, it’s a matter of efficiency. To understand why, remember that only the last few reps of a set where you are near failure challenge your muscles near their maximum capacity.

It’s only those last few reps that trigger significant muscle building adaptations since your body doesn’t adapt unless it has a strong incentive to do so. The “easy reps” aren’t strenuous enough for that.

Once you get around five reps short of failure, you’ll get a modest yet suboptimal response. But once you get between zero and two reps of failure (or 8-10 RPE), you’ll receive an optimal hypertrophy trigger.

So, when you do very high rep sets, you have to do many “junk reps” to get to those last few reps that stimulate meaningful growth.

That’s not a big deal on a set-per-set basis. But when you quantify that over weeks or months, those junk reps add up. It means you’ll have to do many reps that don’t do much for your gains.

Therefore, it’s more efficient to use a moderate rep range, which will yield a more favorable ratio of junk reps to effective reps.

Second, more “interference factors” come into play with high rep sets. Those are influences that don’t aid muscle growth but do interfere with your ability to get in those high-quality close-to-failure reps.

While that’s fine if you want to improve your endurance, it’s not ideal for muscle growth. The cardiovascular limitations likely cause you to end your set before you can get near muscular failure.

As a result, you train your cardiovascular system effectively, but not your muscles, meaning it’s sub-optimal for hypertrophy.

Sure, this shouldn’t be an issue on smaller isolation lifts like bicep curls. If your lungs are burning and you’re out of breath from doing curls, you have bigger issues to address than trying to grow your arms.

But if we’re talking about big, compound movements like squats, deadlifts, and bent-over rows, your cardiovascular fitness is likely the limiting factor when doing really high reps.

Still, even if you have excellent endurance and can get near muscular failure on high-rep sets, there are other issues. One is that higher reps require you to stay focused for longer. Such sets are more mentally fatiguing, meaning there’s more of a chance of form breakdown.

Now, I’m not demonizing high rep sets. Again, if you get close to failure, they are as effective for hypertrophy as lower reps.

But due to issues like the high amount of junk reps you’ll need to do and that your willpower may give out before your muscles do, it’s often not ideal in real life. Sure, you can overcome this somewhat by giving it your all on every high-rep set you do, but most people can’t sustain that long-term.

For instance, in studies, scientists tend to train the subjects one-on-one and ensure they push themselves to their limit. Having someone push you can increase how hard you actually train, meaning a study’s results may not always indicate real-life application.

Therefore, I recommend that most people train in the five to ten rep range. You can mix higher-rep work into your program. But that shouldn’t be the basis of your workouts, especially not on compound movements.

Most people will do a lot more high-quality work efficiently by keeping their reps more on the moderate side. 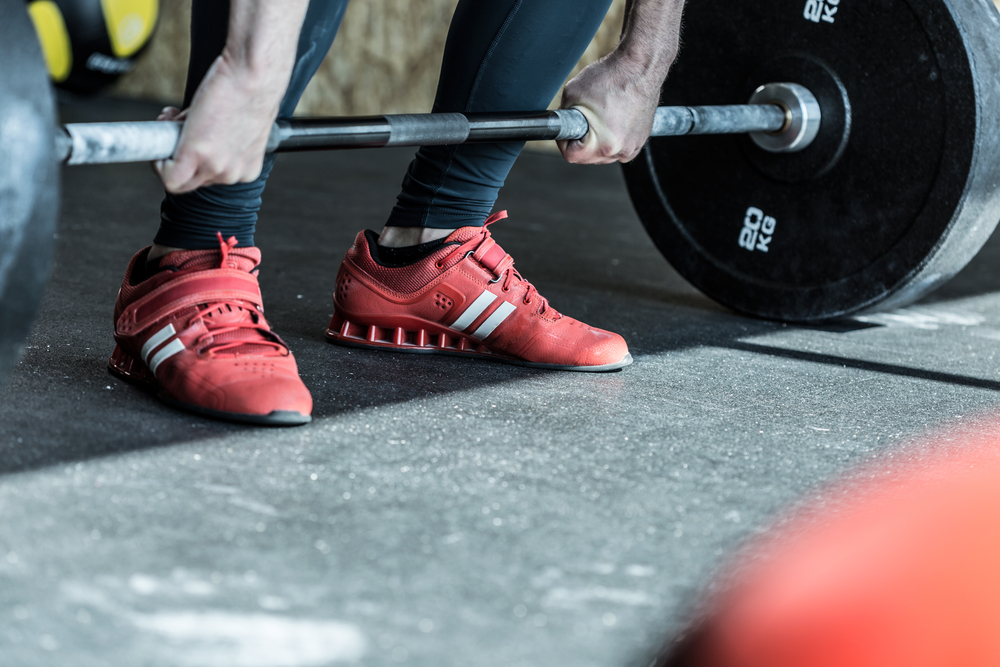 We’ve discussed why high-rep sets generally aren’t ideal for long-term gains. But we haven’t yet talked about very low rep work, such as training with four or fewer reps per set. So, what’s the deal?

There are benefits to low reps. For example, it’s superior for gaining strength, which, in the long run, helps you place a more intensive stimulus on your muscles when switching back to moderate reps.

However, there are two main issues with lower-rep sets.

First, they’re not practical on many exercises. Take the dumbbell lateral raise. It’s near impossible to work up to a four repetition maximum (RM) while maintaining proper form.

Sure, this might not be an issue on compound exercises like the squat, deadlift, and bench press. But, it’s not ideal for most isolation movements.

Besides, to reap an effective muscle-building stimulus with low reps, you’ll have to do more sets in total than you would have to do with a moderate rep range.

For example, one study found that if your leg training program contains only 12 sets of squats per week, you’ll build less muscle if you do those for 3-5 reps instead of for 13-15 reps.

On the other hand, some research shows that you’ll build the same amount of muscle with four sets of 3-5 reps as with three sets of 9-11 reps.

Put differently, to maximize growth with lower reps, you’ll have to do more sets. That means it’s less efficient from a time perspective since you’ll have to spend more time in the gym.

While you can build muscle in all rep ranges if you train close to failure, the ideal target is around five to ten reps per set.

That range allows you to accumulate the most high-quality training volume while preventing things such as endurance, willpower, or form breakdown from being the limiting factor during the set.

This doesn’t mean you’ll have to do all your sets in the 5-10 rep range. Both higher and lower reps do have unique benefits and their place in a workout routine.

For example, lower reps are more effective at building strength, and higher reps are less stressful on your joints and can be great for endurance. (Although I’d prefer cardio for training the latter.)

Besides, not all exercises respond the same to a particular rep range. I would never do fewer than eight reps on the lateral raise to prevent my technique from breaking down.

But all in all, if you want to build muscle, do most of your sets for five to ten reps.

WHY YOU NEED TO DO FACE PULLS (BENEFITS AND PROPER FORM)
THE “REFEED DAY”: HOW STRATEGIC OVEREATING CAN IMPROVE FAT LOSS
BEST INNER CHEST EXERCISES? (HOW TO BUILD INNER PECS)
5 BODYBUILDING SUPPLEMENT SCAMS & MYTHS TO AVOID
TRAINING EACH MUSCLE ONCE PER WEEK (EFFECTIVE OR WASTE OF TIME?)
HOW TO LOOK BIGGER AND MORE MUSCULAR IN CLOTHES (6 KEY TIPS)