May 9, 2022
Sean Nalewanyj
General Training
No Comments on STOP DOING ISOLATION EXERCISES LIKE THIS (3 MISTAKES) 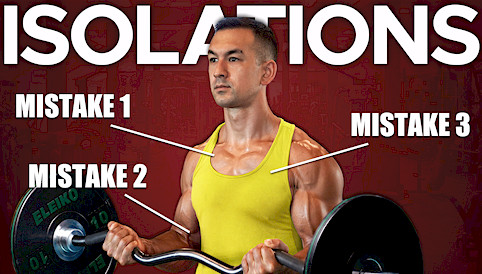 In today’s article, we’re going to be covering 3 common training mistakes when it comes to isolation exercises.

For those unfamiliar, isolation exercises typically cover those that hit only one muscle group, This could be biceps curls, triceps extensions, lateral raises, or chest flys.

If you’re new to lifting, or even an intermediate, you might be making any of these 3 mistakes, which make those movements less effective for stimulating muscle growth. So, if you want to make sure you’re getting the very most out of every lift you perform in the gym for maximum results, then you’re going to want to read this through to the end. 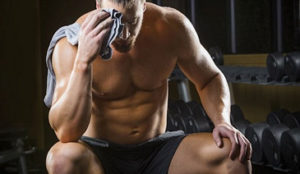 First on the list is a really common piece of advice that I see people giving all the time. There is  this idea out there that progressive overload should only be applied to compound exercises, and that isolation exercises are only for focusing on getting a pump and really “feeling” the muscle.

Now, there’s nothing wrong with mixing up your training a bit in terms of rep ranges and intensity levels. Or, it’s okay if you even have some movements in your plan where you focus a bit more on feel versus just moving the weight.

But at the end of the day, there’s no real physiological basis for why compound exercises and isolation exercises need to be put into these different categories.

Whether you’re doing a multi-joint movement or a single joint movement, you have a set of muscle fibers that are being stressed. The basic underlying mechanisms that trigger hypertrophy don’t magically change in either case.

So, whether you’re doing a compound movement or an isolation, you still need to be training close to muscular failure. Especially if you want to optimize muscle stimulation and growth. This means performing exercises somewhere in that 0-3 reps in reserve zone (check out my article on the RPE scale if you want to learn more about this concept).

You still need to be applying some form of progressive overload over time.

This could involve adding more load to the exercise; performing more reps with the same load; making the exercise more mechanically difficult using rest-pause training, slower negatives, or high intensity techniques; or some combination of all of those things.

This common approach of treating isolations as pure high rep pump work doesn’t really follow logic. Many people treat it as an afterthought where you just crank out your sets, feel the burn, and don’t track anything.

Now, there are certain isolation lifts where you’re going to want to use higher reps in general. Things like lateral raises would fit this description–where you need to keep the shoulder joints protected. Others would include triceps extensions, or movements that have a really short range of motion like calf raises or shrugs.

Whatever muscle group you are working on, training hard, getting close to failure, and progressing over time are what truly matter to optimize growth. 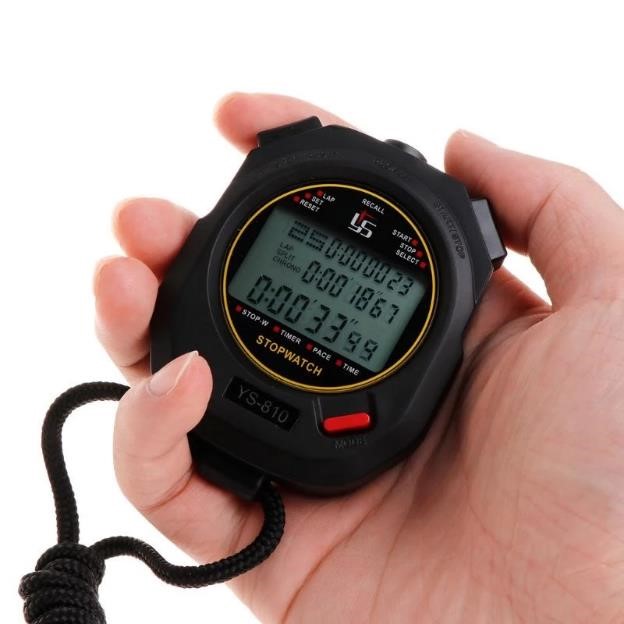 This mistake involves the issue of how long to rest between sets.

This is another really common idea, that on compound movements, you want to train hard and heavy and then take longer rest periods to really recharge before the next set.

Whereas on isolation exercises, you’re supposed to rest, say, 30 or 60 seconds. People will say that’s totally fine since it’s just an isolation, and you’re not really worried about progressive overload and just want to feel the burn and get a pump.

Now yes, when you’re doing a single joint movement, you’re usually going to be lifting less total weight. Since you’re only emphasizing a single muscle group, this is going to mean less systemic fatigue, so you won’t need as much rest in between sets compared to a bigger compound lift.

Regardless, whether it’s compound or isolation exercises, you should rest as long as you need to. It will help you fully recover from the previous set. This way, you can perform the next set at your maximum strength potential.

I’ve talked about this subject quite a bit in the past, and there’s plenty of research on this topic now (Study 1, Study 2, and Study 3 in case you’re interested).

It really doesn’t matter whether it’s a smaller exercise like calf raise or a bicep curl. If you’re truly pushing that set with the level of effort you should be (assuming you want the most growth possible), you probably should not be fired up and completely ready to go again in less than 1 minute.

If you’re consistently able to jump into the next set that quickly and you feel totally fine, then you’re just not training very hard in the first place.

In that case, you’re doing more of a cardio or conditioning workout than a muscle building one. In most cases, a minute and a half would probably be a reasonable minimum rest time. Something more like 2-3 minutes would be ideal if you’re really pushing yourself to failure.

On bigger compound lifts, you may even need to take 4-5 minutes for rest if you’re training particularly hard.

But specific time frames aside, the bottom line is to rest long enough between sets so that you feel fully re-generated, both physically and mentally. This applies regardless of whether you’re doing a multi-joint or single-joint exercise. Again, the basic hypertrophy mechanisms are the same in either case.

Lastly is a mistake that relates to the first one, but more specifically to the mind-muscle connection. In other words, that “feeling the muscle” is more important on isolation lifts versus compounds.

This is something I hear all the time. But again, what is the rational basis for this idea?

Right off the bat, I don’t think the mind-muscle connection is as important as most people think. I’d say it tends to be over emphasized as it is only one gauge out of several different gauges that you can use to assess if the exercise you’re performing is actually hitting the targeted muscle effectively.

For example, take a leg extension versus a leg press. 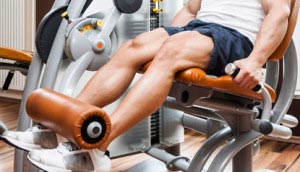 Unless you’re totally out to lunch and you have no clue whatsoever what you’re doing, then hitting your quads on a leg extension is pretty dead simple. It’s a single joint movement where you sit there locked into the machine. You extend at the knee, and the quads work. 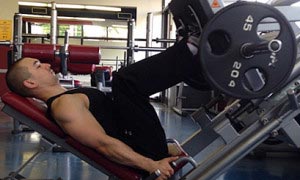 If you’re doing a leg press on the other hand, and the goal is to emphasize quads, there are certain mistakes you could be making that would reduce quad stimulation. For example, positioning your feet too high which would put more emphasis onto the glutes.

So in that case, modifying your technique and working on “feeling the quads” more, would have more application, not less.

Another example would be training the back versus biceps. 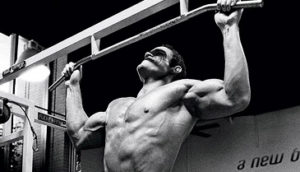 If you want to optimally train your lats, then you’ve got to consider a few form cues. These include your arm position relative to your torso, your torso angle, and the angle that you’re pulling the resistance at.

Whereas with a biceps curl, you simply flex and extend your elbow. You can definitely optimize your biceps curls using different form cues, but it’s a lot harder to get that wrong. 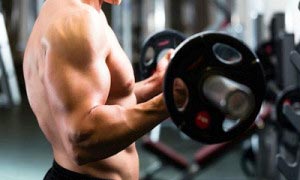 If you do some curls, and you don’t do them like a complete idiot, you’ll probably be training your biceps pretty effectively. This is without really needing to get too hung up on the mind muscle connection. Yet if you’re doing lat pulldowns and you really want to hone in on the lats, it’s mechanically more complex.

Therefore, “feeling the muscle” would have more utility in that case.

Now this is partly just theoretical, but how does this actually apply to your isolation exercise training? The mind muscle connection definitely has some application, but you also don’t want to get too obsessive about it either.

You don’t need to be lifting like a perfect robot. There is no need to be feeling some deep super intense contraction in the muscle on every single rep. Lifting with that mindset will probably reduce your gains in the long term rather than increase them.

Now of course, proper form and technique are extremely important. But you should strive to find a balance between proper form while allowing yourself some leeway to move naturally.

If you’re trying to micromanage every tiny little detail on your curling exercises, thinking that if your elbow travels forward even a little bit, or there’s a very slight sway in your back on the last couple reps, this will cause you to lose the mind-muscle connection and will destroy your gains, you’ll drive yourself crazy.

I think that actually limits muscular overload in the bigger picture.

Remember, muscular failure is only failure relative to the specific form you’re using.

So if you’re doing a 100% ultra strict perfect curl and your biceps fail, it’s not like your biceps are actually completely depleted and have no strength left. They’ve only failed within the confines of that ultra strict form you’re using.

Whereas if you allow yourself a little bit of leeway–maybe the elbow comes forward just a little bit, or you have a very slight lean as you squeeze out that last really hard reps–I would say that’s actually superior for loading your biceps. Even if your front delts or back come into play slightly, that doesn’t automatically mean that there’s less stress on the biceps.

The goal with curls is to maximize biceps stress, not necessarily to completely remove another muscle. So if your biceps are nearing failure, and then you incorporate a small bit of natural movement or loosen up the form just slightly, it also probably means more stress on the biceps overall.

It almost functions like a forced rep. The other muscle group helping your bicep is actually assisting the targeted muscle to work even harder than it would be able to in comparison to trying to keep your form absolutely 100% “perfect.”

So, factor the mind-muscle connection in somewhat. However, it is by no means the be all, end all for maximum muscle growth. It’s probably even less important on most isolation exercises in comparison to compound lifts.

If you’re currently making any of the above mistakes, try out some of the advice laid out in this article. It may help you make sustainable gains in the long term.