HOW LONG TO REST BETWEEN SETS TO BUILD MUSCLE & GAIN STRENGTH

December 28, 2015
Sean Nalewanyj
General Training, Training
No Comments on HOW LONG TO REST BETWEEN SETS TO BUILD MUSCLE & GAIN STRENGTH 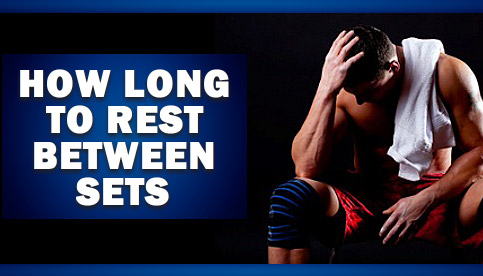 Once you’ve mapped out all of the exercises you’ll be performing in your workouts and have put them in the proper order, the next question to answer is how long to rest between sets for the best results.

Some will tell you to rest 1 minute, others will say 90 seconds, and others may recommend upwards of 3 minutes or more…

But what IS the ideal rest time between sets to build muscle and gains strength as effectively as possible?

Let’s go over it…

How Long To Rest Between Sets For Maximum Muscle Growth 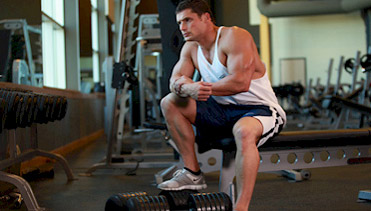 Although most people out there will try to give you one exact “ideal rest time between sets” that you should abide by 100% of the time, the real answer to this question is that there is no one single answer.

You can’t just take one prescribed time frame and apply it across the board on every set of every exercise, since the amount of rest you’ll require is highly situational and can differ from exercise to exercise and from workout to workout.

More specifically, it will be heavily influenced by your level of training intensity as well as the demands of the specific exercise you’re performing. 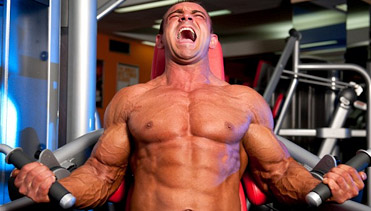 There are many different styles of bodybuilding training out there, each involving differing levels of training volume and intensity.

The specific workout style that you personally use will have a significant effect on your rest time between sets, since higher levels of training intensity will naturally require more rest, and vice versa.

Performing a set to the point of all-out muscular failure will tax your muscles and nervous system much more heavily than a set performed several reps short of failure, and this will of course affect how long it takes you to properly recover. 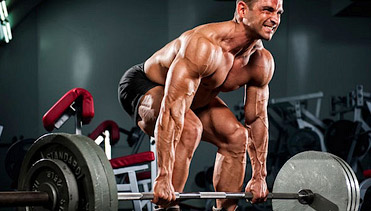 In addition to bottom line training intensity, the specific exercise that you’re performing will play a big role in determining how long to rest between sets.

The more muscle groups that are involved in a particular exercise and the more total weight you’re lifting, the more rest time between sets will be required to maximize performance, and vice versa.

So, What Is The Ideal Rest Time Between Sets Then? 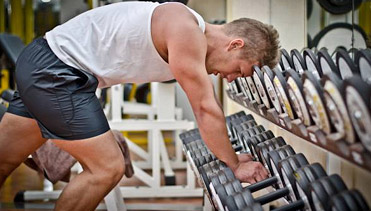 As you can see, trying to prescribe one single resting period to every person in every situation simply makes no sense, as it is a highly situational thing.

For that reason, the answer to the question of how long to rest between sets is simply this…

You should rest as long as you need to in order to feel fully recovered from the previous set, and to where you’ll be able to execute the next set with maximum performance.

As a general over-arching guideline, you’ll probably find that a rest period anywhere between 1.5-3 minutes is appropriate for most lifts most of the time.

However, if you do feel that you require a bit more rest on a particular lift, or if you’re performing a very small isolation movement and feel fully recovered after only 1 minute, that’s okay too.

You should simply listen to your body and perform your next set once you feel both physically and mentally prepared to perform that set with optimal strength and focus.

When it all comes down to it, building muscle is ultimately about progressive overload.

It’s about continually adding more weight to the bar over time on all of your exercises and steadily improving upon the previous week’s performance.

Every time you enter the gym, your goal is simple: to maximize the amount of tension and overload that you place on your muscles during every single set.

Whenever you wrap your hands around that bar, it must be for a damn good reason, and no set should be taken lightly. Each one is an individual battle and is a chance to stimulate new muscle growth.

If you perform your next set before you’ve had a chance to fully recover from the previous one, you’re ultimately selling yourself short by decreasing your performance and minimizing muscular overload.

Not only does this make sense in theory, but we do have some concrete research to back this up as well…

A group of intermediate lifters performed 5 sets of bench presses using their 3-rep-max and were instructed to perform as many reps as possible. The lifters rested either 1, 2, 3 or 5 minutes between sets. The 3 and 5 minute resting periods significantly out-performed the 1 and 2 minute periods both in terms of repetitions performed and perceived difficulty of the exercise.

Source: The Effect of Rest Interval Length on Repetition Consistency and Perceived Exertion During Near Maximal Loaded Bench Press Sets.

A group of 21 experienced lifters performed total body workouts using 7 different exercises per session in an 8-12 rep range. The lifters rested either 1 minute between sets or 3 minutes between sets. After 8 weeks, the group resting 3 minutes showed significantly greater increases in both muscle size and strength.

The Bottom Line On Resting Between Sets 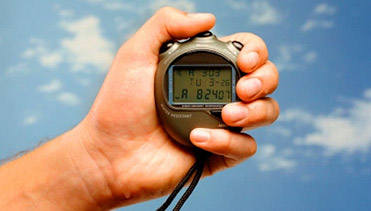 Intentionally using a shorter, pre-determined resting time between sets is certainly useful if your training goals revolve around improving muscular endurance or cardiovascular health, but in the world of muscle hypertrophy and strength this simply doesn’t apply.

Asking “how long to rest between sets” over-looks the bigger picture and ignores the fact that training intensity, exercise selection and even your energy levels on any given day play a huge role in determining how long you should rest for the best results.

If you want to maximize the effectiveness of your training sessions, stop worrying about specific workout rest times and just listen to your body.

Perform a set, and then take as much time as you need to in order to fully recover both physically and mentally. Then, and only then should you move on to your next set.

Executing your workouts in this way will allow you to maximize your strength and performance on every single set, and as a result, you’ll build muscle and gain strength more effectively in the long run.

Not only that, but since you’ll always be performing each set with 100% of your focus in tact, it may also serve to reduce the chances of injury due to sloppy form as well.

In the interest of efficiency, just make sure that you aren’t taking any more rest time than you really need to by ensuring that you perform the next set as soon as you feel ready to do so. Otherwise, your workouts may drag on for an unnecessary length of time and you’ll end up spending a lot more time in the gym than you really need to.

WHY A “HEALTHY DIET” IS NOT ENOUGH FOR REAL MUSCLE GROWTH & FAT LOSS
ARE BCAA’S WORTH IT? (BRANCHED CHAIN AMINO ACIDS REVIEW)
10 SIMPLE WAYS TO INCREASE TESTOSTERONE LEVELS NATURALLY
8 POPULAR “FAT BURNER SUPPLEMENTS” TO LEAVE ON THE SHELF
HOW TO LOSE CHEST FAT AND GET RID OF “MAN BOOBS”
HOW TO RETURN TO THE GYM AFTER A TRAINING LAYOFF