HOW TO INCREASE VASCULARITY AND GET VEINS THAT “POP”

March 10, 2016
Sean Nalewanyj
Training
No Comments on HOW TO INCREASE VASCULARITY AND GET VEINS THAT “POP” 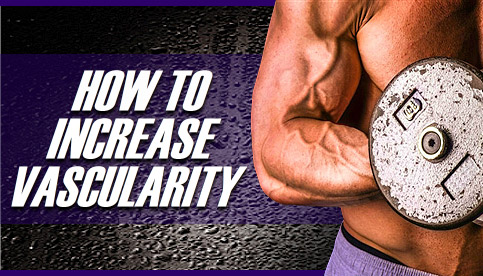 Lean and well-developed muscles are great, but nothing rounds out a complete physique better than some impressive vascularity to go along with it.

Visible veins are like the final icing on the cake, giving you that extra edge for a slightly bigger, harder and stronger appearance.

But is it really possible to increase vascularity naturally, or is it all just a matter of genetics?

As with many things in life, the truth is that genetics do play a decent role here.

Some people simply have more visible veins than others, and this is caused by many things such as blood vessel size, skin thickness, blood pressure and other factors that are ultimately beyond your control.

I’ve personally had veins popping out all over my arms and legs since I was quite young, and this was well before I ever picked up a weight or cared how vascular my body was. 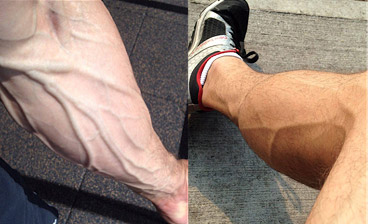 (The above arm picture was taken pumped and flexing very hard for maximum effect, but you get the idea)

That said, there are still steps you can take to maximize your own vascularity and make the best of what you have, and that’s what I’ll be covering in this article.

The steps I’ll be focusing on here are those that will result in a permanent, long-lasting and “natural” increase in vascularity, and I’ll also provide a few “quick fixes” at the end which can be used for a temporary boost when you need it.

The main steps are ultimately pretty straightforward, and here’s what you should be focusing on… 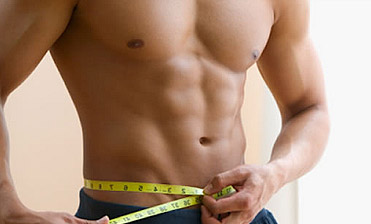 Veins are really no different from six pack abs…

Everybody has them, but they won’t be visible if the layer of fat sitting on top is too thick.

The single most effective thing you can do to get veins that stand out is to simply lean down and lower your overall body fat percentage.

As you drop more and more fat each week, the layer between your skin and superficial veins will gradually thin out, causing the veins underneath to pop out more strongly.

In order to really achieve a set of noticeable veins that stand out (relative to your own genetic potential of course), you’ll probably need to be somewhere around the 10% body fat mark.

The leaner you get the more visible they’ll be, however I don’t recommend that most guys attempt to maintain a body fat level much lower than 10% on a year-round basis for health reasons.

10% is a safe figure that strikes a good balance between impressive leanness and visible veins, while also keeping your testosterone levels and other health markers in check.

There are exceptions of course, but I’d consider 8% to be the absolute minimum in virtually all cases when it comes to a permanent body fat percentage that is maintained over the long term. 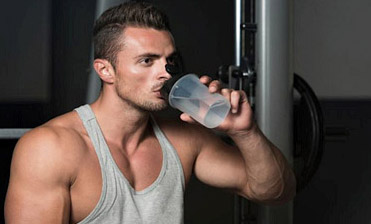 Similar to the issue of excess body fat, the more water you’re storing directly beneath your skin, the less visible your veins and muscle definition will be.

I wouldn’t recommend trying to manipulate your body’s water levels on an on-going basis with things like diuretics or other potentially dangerous techniques, and would instead suggest paying attention to the following two things…

The first is to make sure that you’re drinking plenty of water each day.

When you restrict water intake, your body naturally retains more as an adaptive response.

To increase vascularity, you’ll want to make sure that you’re remaining fully hydrated at all times in order to create a natural “flushing” effect that will reduce subcutaneous water retention.

There’s no single guideline for water intake that can be applied to everyone (since it varies hugely depending on your activity level and how much you sweat), but your basic goal should be to drink enough so that your urine is relatively clear and odorless throughout the day.

The second is to balance your intake of sodium and potassium.

These are two key minerals that regular water balance, with sodium pulling water into cells and potassium pumping it out.

If you’re like the average person in the West though, there’s an almost certain chance that your intake of sodium exceeds your intake of potassium by a pretty big margin.

Not only has this been linked to an increased risk for heart attack, but it can also increase water retention as well by throwing off your body’s fluid balance.

As a general guideline, you should aim to consume at least as much potassium as you do sodium in order to keep these two minerals on equal footing.

Moderating your intake of sodium while increasing your consumption of potassium rich foods can help you achieve this.

The final thing you can do to increase vascularity and get veins that stand out is quite simple: build more muscle.

Increasing the size of your muscles will have a “tightening” effect between the muscle and skin, and in turn you’ll end up with more visible veins.

On top of this, the larger a muscle is, the more oxygen and nutrients it requires, and this can increase blood flow for an added effect.

When it comes to increasing vascularity, these 3 steps are really all you need to focus on.

The combination of losing body fat, decreasing water retention and building more lean mass will reduce the “obstructions” (fat and water) between your veins and skin, while also “pressing” the veins more tightly against your skin from the added muscle.

All of these steps also assume that you’re following a reasonably intense training program consisting of weightlifting and cardiovascular exercise, which will also increase vein prominence over time by improving blood flow.

Now, what if you just want a “quick fix” to temporarily increase vascularity over the short term? 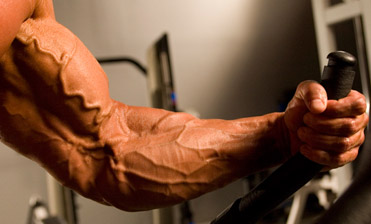 If you really want to bring those veins out and look your best for some photos or a particular event, here are a few simple things you can do…

1) Hit the weights and get a pump.

The most effective thing you can do to temporarily maximize vascularity is to simply get into the weight room and pump up your muscles with a good hard workout.

This will engorge your muscles with blood, cause the tissues to swell and really get those veins to stand out a lot more than normal.

For a longer lasting effect, try finishing off your workout with a short bout of high intensity cardio to keep that increased blood flow elevated for a few hours after the workout is over.

Taking a hot shower, bath or jumping in the sauna/steam room will increase your body’s core temperature, causing more blood to be pushed to the skin surface as a way of preventing over-heating.

You may have noticed that your veins tend to pop out a bit more after you’ve just gotten out of the shower, and this is the reason why.

Whether this will actually increase visible vascularity isn’t guaranteed, but foods high in nitrates such as beets, radishes and leafy greens (spinach, lettuce, rocket, crown daisy, Swiss chard) will improve overall blood flow and may help out in this department.

Consume between 300-500g of these foods (either in solid form or as a smoothie) and the effects should peak around 1-2 hours later.

4) Use the valsalva maneuver.

This is a technique that must be used with caution, but if you’re trying to maximize vascularity while flexing (such as for an individual photo), modest use of the valsalva maneuver can help.

This is where you simply hold your breath and then attempt to exhale against a closed airway. This causes a temporary increase in blood pressure and will cause your veins to pop out more strongly. (Many bodybuilders use this on stage as a way of increasing vascularity while flexing)

Again though, use this with a high level of caution as it can be dangerous if done excessively.

The Bottom On How To Get Veins That “Pop”

There is certainly a strong genetic component that influences just how vascular any given person can get, but following the steps outlined in this article will help you maximize your own potential.

In the end, it really just comes down to the basic fundamentals of improving body composition by losing fat, gaining muscle and controlling water retention.

If you want to learn exactly how to improve your body composition in the most effective way including step-by-step workouts, meal plans and supplement guides, make sure to click below for my interactive video presentation below…

1-2 YEARS FOR THE REST OF YOUR LIFE (KEY FITNESS MINDSET)
YES, IT’S NORMAL TO FEEL HUNGRY DURING A CUTTING PHASE (VIDEO)
MY EPIC DIRTY BULKING FAIL (30+ POUNDS OF FAT GAIN)
1 UNIQUE EXERCISE TO BUILD BIGGER TRICEPS
THE “SKINNY FAT” BODY TYPE: SHOULD YOU BULK OR CUT FIRST?
CABLES VS. FREE WEIGHTS: 7 EXERCISES WHERE CABLES ARE SUPERIOR