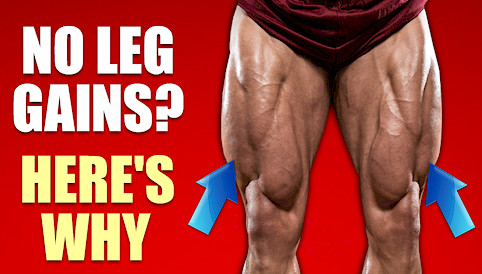 If you’re wondering why your legs won’t grow at the same rate as your upper body, this article is for you.

Sure, genetics play a role here. Some people are blessed with more muscular legs and don’t even have to train them as hard as the average person.

In fact, some guys with impressive quads and hamstrings do not even train them consistently, or they only use a fraction of the effort that they apply to their upper body.

On the other hand, some people have naturally thin legs, and it is much more challenging for them to add size.

But genetics aside, if you see consistent gains throughout the rest of your body but your legs are lagging, the cause is most often straightforward.

This Is The REAL Reason Your Legs Won’t Grow 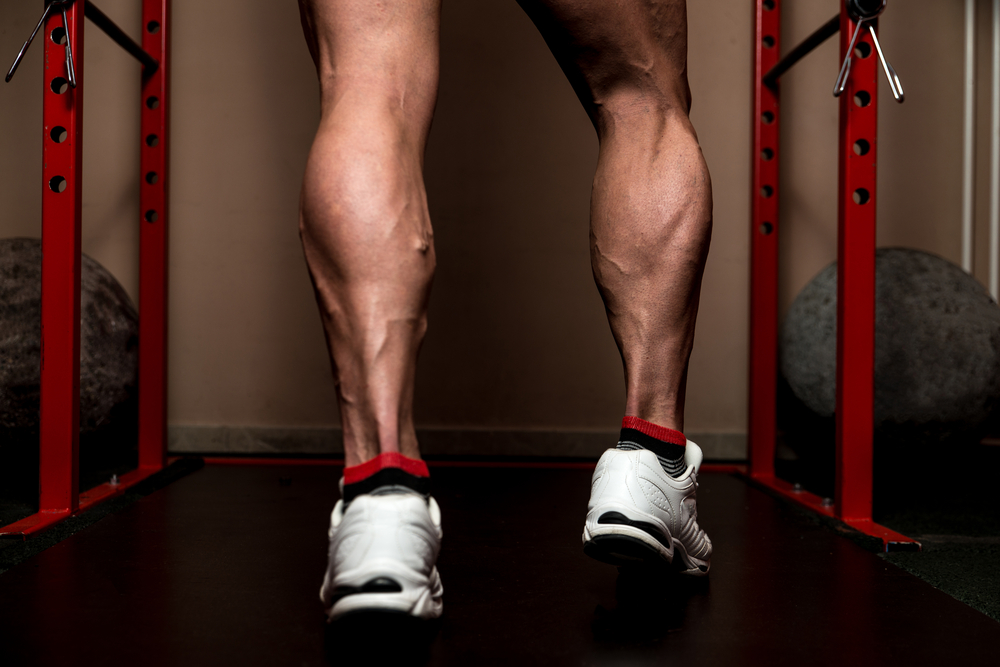 Let’s assume that you train hard, do enough volume, use proper form, do your exercises through a full range of motion, and consume enough calories and protein. (If not, those are the things you should fix first.)

In that case, the reason your legs won’t grow is that compound leg exercises are much more demanding than upper body movements, both physically and mentally.

That is because the quads, hamstrings, and glutes are large muscles. They are capable of moving a lot more weight compared to other muscle groups.

As a result, most lifters do not train their legs within the same proximity to muscular failure as they do with their upper body muscles. It’s a lot more strenuous to go close to failure on leg exercises.

They might average one or two reps short of failure on most upper body lifts, but when it comes to leg training, they leave four, five, or even more reps in the tank.

You might not perceive it that way. The total perceived stress of, let’s say, four reps short of failure on the squat or leg press may feel like the same difficulty as two reps in reserve on a lat pull-down or going to failure on a bicep curl.

As a result, most people do not take their leg exercises close enough to failure. That prevents them from putting an optimal training load on their lower body.

In simple terms, many people just don’t train their legs as hard as they train everything else, even though they might believe they are.

I will have to call myself out on this. Back in my bodybuilding-focused days where my goal was to be as big and strong as possible, I trained my legs really hard.

I would go into the gym super focused, would psyche myself up, hop into the squat rack, and do as many reps as I could regardless of how difficult it felt. Every rep was maximum effort.

I knew how close I was to muscular failure and the goal rep range of the set, and it was a matter of getting those reps done no matter what.

Back then, I had pretty well-developed legs. They did not lag behind my upper body because I treated my legs the same as I treated any other muscle group.

It was not about perceived total body discomfort, like, “damn this bar is heavy, my shoulders are burning, I am out of breath, and my back feels fatigued, so I guess I should stop now.”

Over the past eight years, “bodybuilding” has not been my primary goal. I no longer take it as seriously because I have been doing it for such a long time, and my desired physique is more of a middle-ground look.

I stopped training my legs as hard, and my leg workouts became more “casual.” I would still go within a few reps of failure but would not hit them with the same intensity as I used to do.

My upper body workouts, however, are still quite similar as in years past. I hit them hard because the upper body muscles are less demanding to train. They do not require as much mental toughness.

Consequently, my legs have lost a decent amount of size and lag behind my upper body now. Not horribly, but the difference is noticeable.

I am currently working to correct this difference. But when I take an objective look at my workouts, it is clear why there is a disparity between my upper and lower body.

Here Is What To Do 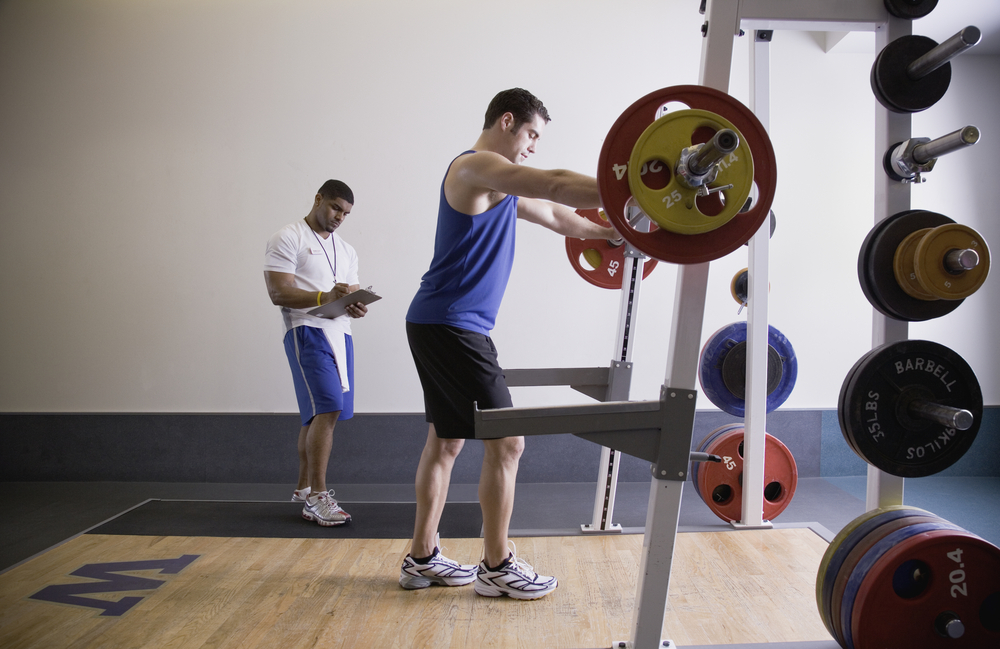 Everyone has different goals and preferences. I am not saying that you should want to build the biggest legs possible, or that there is an ideal physique proportion you must aim for.

What I am saying is that if your goal is to build bigger legs and they are not responding well, even though your other muscle groups are growing, that is likely because of one reason—you are leaving more reps in the tank on your lower body exercises than you are on your upper body lifts.

Many lifters do that because leg exercises are more challenging. That causes them to cut off their sets based on the amount of discomfort they experience instead of how close they are to failure.

If your goal is to maximize leg hypertrophy, you should aim for about one to two reps short of failure on the vast majority of your sets.

Keep that in mind the next time you are in the squat rack. While the loaded bar might feel uncomfortable and your mind begs you to stop, be honest with yourself. Ask yourself how many more reps you could squeeze out with proper form regardless of the discomfort if there were a gun to your head.

If your answer is more than one or two reps (or three reps at most), you are not training your legs hard enough. Buckle down mentally and push yourself closer to the point of failure.

IS CARDIO NECESSARY TO LOSE FAT DURING A CUTTING PHASE?
7 SIDE LATERAL RAISE MISTAKES TO AVOID FOR BIGGER SIDE DELTS
THE BEST CARDIO EXERCISES TO BURN FAT AND GET LEAN
HOW TO LOSE CHEST FAT AND GET RID OF “MAN BOOBS”
8 POPULAR “FAT BURNER SUPPLEMENTS” TO LEAVE ON THE SHELF
HOW HEAVY SHOULD YOU LIFT? (“EGO LIFTING” VS. LIGHT WEIGHTS)