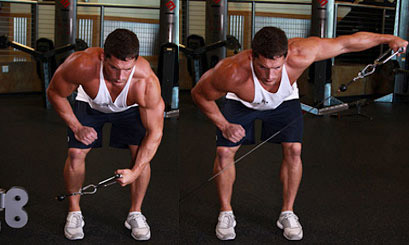 Although an often over-looked aspect of bodybuilding training, direct rear delt work should definitely be included in any well-rounded shoulder workout for two primary reasons…

The first is for maintaining healthy shoulder joints. 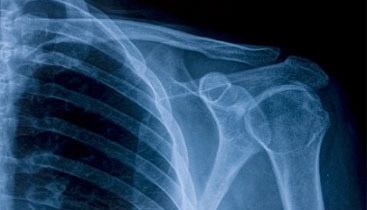 Most people who train with weights on a consistent basis tend to have an imbalance between the development of their front delts in comparison to their rear delts. This is almost always due to an over emphasis on pressing movements for the chest versus rowing movements for the back.

Over time, this gradually pulls the shoulder joint forward and out of optimal positioning, resulting in the all-too-common “rounded shoulders” posture seen in a large percentage of bodybuilders. This places the rotator cuff muscles into a vulnerable position and greatly increases the chances of shoulder injury.

The second is for well-rounded development of the actual shoulder muscles. 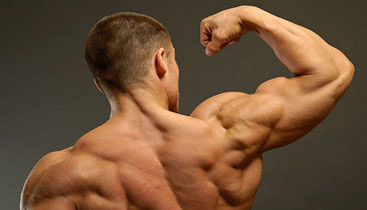 Although the rear delts do receive some stimulation on most of your compound pulling exercises for your back, they still need to be directly isolated if you really want to optimize their development.

In combination with a well-built lateral head (the middle portion of the shoulder, best trained using side lateral raises), thick rear delts play an important role in maximizing your upper body width and giving you those wide, round shoulders you’re after.

The best rear delt exercise out there when it comes to isolating this head for maximum stimulation and growth are bent over rear delt raises. (Also referred to as “bent over rear lateral raises”)

Bent over rear delt raises put your body into the optimal position in order to hit the rear delts with as much direct tension as possible.

However, simply “going through the motions” here is not enough, and almost all lifters make a couple of key errors on this movement that reduce its overall effectiveness. 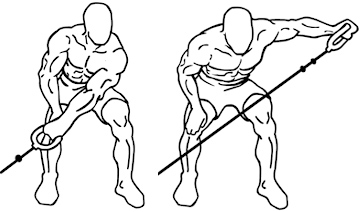 Let’s go over each of the two mistakes and then quickly outline how to correct them.

Remember, the goal when performing this exercise is to isolate the rear delts. This is not an upper back exercise. However, allow your shoulder blades to pinch together as you raise the weight up (this is what virtually everyone does when they perform this exercise), and that’s exactly what it turns into.

Retracting your shoulder blades moves the stress off of the rear delts and directs it onto the smaller muscles of the mid and upper back instead.

Solution: Let your arms hang forward throughout the entire range of motion and keep your shoulder blades flat. From there, raise the weight up using pure force from your rear delts only.

This will keep your upper back out of the equation and ensure that all of that growth-stimulating tension is placed straight onto the rear delts where you want it.

When you perform this properly you’ll likely need to lighten up the weights quite a bit, so make sure to experiment until you find a level of resistance that allows you to execute the movement under strict control using this particular form.

Mistake #2: Using Dumbbells Instead Of A Cable

Although dumbbells are still an effective way to perform this exercise, they’re definitely not optimal if you want to see the very best results.

This is because dumbbells only place significant tension on the rear delts in the top half of the range of motion. Because of the force of gravity and the path that the dumbbell has to travel in, there’s virtually no stimulation on the rear delts at the very bottom of the movement since the weight is simply being pulled straight down rather than out to the sides.

Solution: Perform your bent over rear delt raises one arm at a time using a cable rather than dumbbells.

Cables place consistent tension on the rear delts from the very bottom of the range of motion all the way to the very top, resulting in superior overall stimulation and growth.

1) Perform every rep with your arm hanging forward and shoulder blades flat at all times.

2) Instead of using dumbbells, perform your bent over rear delt raises one arm at a time using a cable.

I’d suggest including this exercise in your routine 1-2 times per week for 3 sets of 8-10 smooth, controlled reps per arm. Bent over rear delt raises work well when performed either at the end of your shoulder workout or back workout.

Implement these two tips and I promise you’ll notice a marked improvement in your rear delt training and resulting shoulder growth.

10 ANNOYING GYM ETIQUETTE MISTAKES (DON’T BE THAT GUY)
SHOULD YOU DO CARDIO BEFORE OR AFTER WEIGHTS?
BODYBUILDING AND FAT INTAKE: YOUR COMPLETE GUIDE
HOW TO BUILD ROUND “3D DELTS” THAT POP (4 EXERCISES)
WHY YOU NEED TO DO FACE PULLS (BENEFITS AND PROPER FORM)
IS 30 REPS PER SET EFFECTIVE FOR BUILDING MUSCLE?