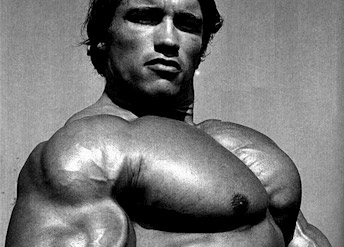 If you’re still a relative beginner, I would typically recommend that you simply focus on gaining overall muscle size and strength throughout your entire body before focusing on the smaller details.

Worrying about your “inner biceps”, “lower quads” or “upper chest” is usually a misplacement of your effort and focus.

That said, if your upper chest truly is a weak point or just an area that you want to specifically target, I’m going to outline 3 awesome upper chest exercises today that you can use to hit this particular area.

Is It Really Possible To Target The Upper Chest?

In most bodybuilding circles, there is a lot of debate as to whether it’s even possible to specifically target the upper chest in the first place.

Many trainees have adopted the “all or nothing” mentality, stating that when one area of the pecs fire, the entire chest as a whole will fire. For that reason, they’ll tell you that different exercise variations for the chest are a waste of time.

In reality, this is only half true.

Most people don’t know this, but there is actually a separate muscle directly above the pectoralis major known as the “clavicular pectoralis”.

It is generally considered to be part of the pectoralis major, but has its own separate nerve innervation and unique fiber angles.

Depending on the particular exercises and angles you use, the body will shift the emphasis between the clavicular pectoralis and the lower portion of the pecs based on which is more mechanically advantageous for that specific movement.

So yes, although the entire chest will fire on any basic pressing movement, you can definitely shift the emphasis onto the upper chest in order to pack more size onto that particular area.

Luckily, upper chest training is not rocket-science, and you’re probably already including some specific upper chest exercises in your current routine.

As I discussed in detail in my complete chest training installment, targeting the pecs is a really just a simple matter of utilizing basic presses and flyes on either a flat, incline or decline angle.

If you’re looking to pack more size onto your upper pecs, you’ll want to place your primary focus onto the incline movements.

These movements will slightly reduce the activation of the lower pecs and increase the load on the clavicular pectoralis for overall upper chest mass. 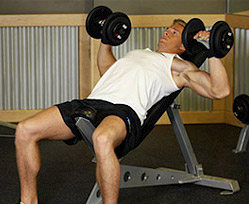 This is the single most effective upper chest exercise out there. In terms of pure hypertrophy, dumbbells are usually superior to barbells because:

* They allow each arm to move independently which prevents potential strength imbalances and prevents one arm from cheating for the other.

* They allow you to follow a natural arch as you press the weights up and down, increasing the tension on the pecs in comparison to the shoulders and triceps.

In short, they’re safer on the shoulder joints and hit the pecs harder.

Make sure to set the bench on only a slight incline of about 30 degrees. When you go higher than this, the stress begins to leave the chest and is placed onto the shoulders instead. 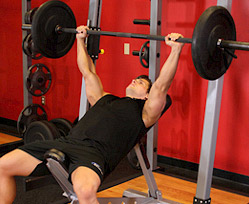 While dumbbells may be a superior choice for most bodybuilding trainees, barbell pressing will always have its place in any solid workout routine.

If you prefer barbell presses over dumbbell presses or want to perform both movements as part of your plan, that’s totally fine.

Just make sure to keep your elbows tucked (don’t let them flare out) and choose a weight that you can remain in complete control of at all times. And again, keep the bench at no more than a slight 30 degree angle. 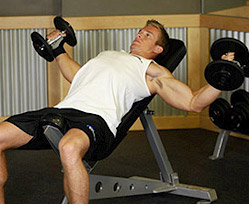 After your dumbbell and/or barbell presses, a couple sets of incline dumbbell flyes is a great way to finish off the upper pecs.

Just make sure to perform them last in your routine, as performing them first will pre-exhaust the pecs and reduce your performance on those all-important pressing exercises.

Keep the weight moderate on your flyes and aim for a slightly higher rep range of about 8-10, utilizing 2-4 sets. Heavy flyes can put excessive stress on the shoulder joint, so make sure that all reps are performed strictly and under complete control.

There are several other popular upper chest exercises that will be effective as well (such as push presses, decline pushups and low-to-high cable crossovers), but if your goal is to pack on as much size and strength as possible in the shortest time, there’s really no need to deviate from these 3 basic lifts. 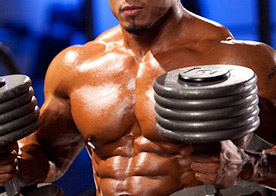 Just as important as exercise selection is, proper form is just as crucial.

Most trainees make several key errors on their chest exercises that cause the anterior delts (front of the shoulder) and the triceps to take on a huge portion of the load.

In order to maximize the tension on the upper pecs, always keep the following tips in mind throughout the entire range of motion…

Combine the 3 exercises outlined in this article along with these important form tips and you’ll have a thicker, better developed upper chest in no time.

PROPER LEG PRESS FORM: 7 KEY MISTAKES TO AVOID
IS EATING CARBS BEFORE BED BAD FOR FAT LOSS?
CAN YOU BUILD MUSCLE WITH ONLY 2 WORKOUTS PER WEEK?
CLEAN BULKING VS. DIRTY BULKING: WHICH IS BETTER?
IS 30 REPS PER SET EFFECTIVE FOR BUILDING MUSCLE?
THE BEST CARDIO EXERCISES TO BURN FAT AND GET LEAN