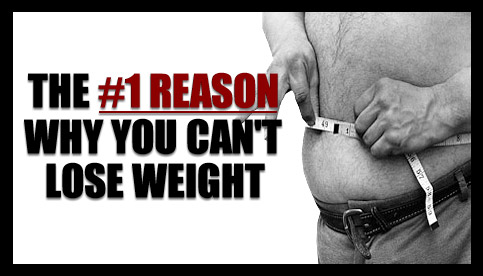 Have you been struggling to lose weight despite being on a low calorie diet and exercising multiple days per week?

They’ll tell me that they’re eating clean, training hard and staying consistent with their plan, but the number on the scale just won’t seem to budge no matter what they do.

Or maybe they need to change something with their workout plan.

Chances are it’s actually none of those things, and in this post I’m going to share with you the #1 reason why most people end up spinning their wheels with their fat loss program and not getting the results they’re after.

The #1 Reason Why You Can’t Lose Weight 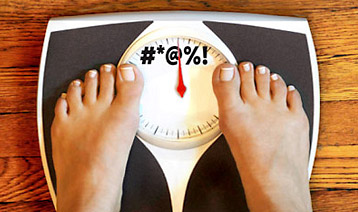 There are always exceptions of course, but if you’re trying to drop the fat and aren’t making any real progress, the answer is probably the simplest and most obvious one that is staring you right in the face…

Your overall daily calorie intake just isn’t as low as you think it is.

You might think you’re taking in, say, 1800 calories a day, but I can almost guarantee that if you’ve been consistently failing to lose weight, you’re actually consuming quite a bit more than that without even realizing it.

I’ve been doing fitness coaching in some form or another for over a decade now, and I can honestly say that in almost every case where someone tells me they can’t lose fat despite being on a “low calorie diet”, it turns out they were never even on a low calorie diet to begin with.

When I sit down with that person, break up their entire day step by step, and then add up all the calories they’re actually eating, they’re usually landing pretty close to their calorie maintenance level as opposed to a calorie deficit.

And make no mistake – without a consistent calorie deficit in place, you quite simply are NOT going to lose any noticeable amount of body fat.

It doesn’t matter how “healthy” you eat throughout the day or if your diet is made up of nothing but lean protein, high fiber carbs, fruits, vegetables and healthy fats… 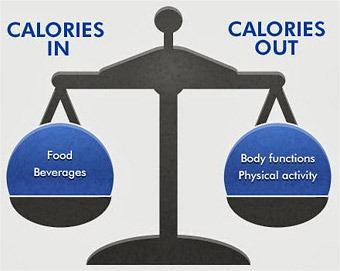 If your calorie intake is right on par with your calorie expenditure, your body has no need or incentive whatsoever to burn its stored body fat in order to obtain a source of energy.

This is the most fundamental baseline factor in your entire fat loss plan, yet most people simply don’t put forth enough effort to properly monitor their eating habits and ensure that they are in fact in a calorie deficit.

There’s actually a fair amount of research available on this topic as well, and the consensus is quite clear…

When people on a weight loss diet are left to their own devices, they’ll very often under-report their calorie intake, and by a pretty significant margin.

Discrepancy between self-reported and actual caloric intake and exercise in obese subjects.

Undereating and underrecording of habitual food intake in obese men.

A) The individual just isn’t bothering to track their food intake with very much precision. 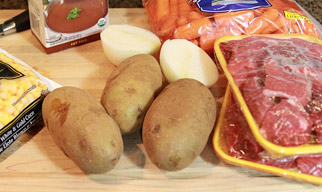 They may simply be eating what they consider to be a “clean diet” throughout the day, without realizing that their individual food choices won’t make any difference at all if their overall calorie intake is too high to begin with.

As a result of not monitoring things closely enough, they still go overboard on total calories despite eating mostly “healthy” foods.

B) They are attempting to track things properly but are making small errors with their food choices and measurements that are adding up throughout the day. 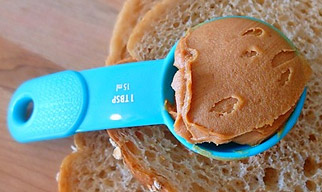 When you consider that a typical calorie deficit for fat loss is usually around 500 calories below maintenance, all it really takes is a few mistakes throughout a given day for your calorie deficit to be significantly reduced or erased altogether.

For example, if what you think is 1 tablespoon of peanut is actually 2 tablespoons (this is a very common measuring error), that’s 100 extra calories right there.

Other items that get added into your plan without much of a second thought can also add up big time in the overall picture if you aren’t careful.

All of these small choices can amount to a significant number of calories by the time the day is over and can mean the difference between consistent weekly fat loss or complete stagnation.

C) They’re taking the concept of “cheat meals” and “cheat days” a bit too far, and this is impacting their overall net calorie totals. 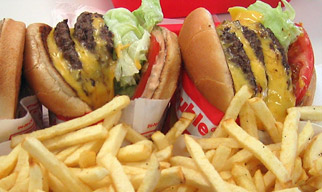 Another very common mistake you’ll see is in those who do stick to their diet very closely during the week, and then reward themselves with an all out “cheat day” on the weekend where they go ahead and eat any foods they want in whatever amounts they want.

There’s nothing wrong whatsoever with so-called “cheat foods” eaten in moderation, but unmonitored binging on the weekends can easily offset a good portion of the calorie deficit you created during the regular week.

If you ate at a 500 calorie deficit Monday through Friday (a total of 2500 calories under maintenance), but then ate an extra 1000 calories above maintenance on both Saturday and Sunday, most of your overall deficit has gone to waste. 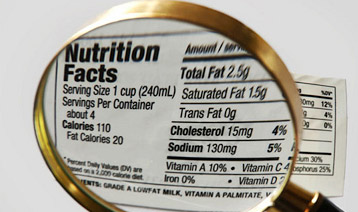 The bottom line is that if you’re trying to lose body fat but aren’t seeing results, you simply need to be honest with yourself and recognize the simple fact that you’re probably just over-eating.

There are always exceptions where other factors may be coming into play, but in the majority of cases this is really all that it comes down to.

If you’re one of the many people out there asking “why can’t I lose weight?”, the solution is very simple…

Sit down and honestly take a look at what you’re eating throughout a given day and in what amounts, and add things up to find out how many calories you’re truly taking in.

You can check the labels on the foods you have at home, and you can use an online nutrition database like CalorieKing.com for items that you aren’t sure about. Another option is to use a calorie-tracking app such as MyFitnessPal.

If your weight has been generally staying the same, then the amount of calories you’re eating right now roughly represents your current calorie maintenance level.

In order to create a calorie deficit and stimulate fat loss, subtract 500 from that number and make that your new daily calorie target.

Then, moving forward, start tracking your diet with more precision to ensure that you’re landing somewhere around that number each day. 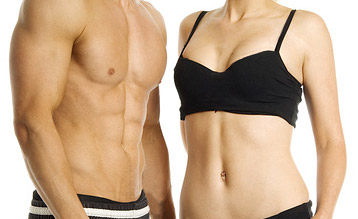 Your basic goal should be to aim for an overall weight loss of around 1-2 pounds per week, and you ultimately just need to find whatever daily calorie target lands you in that range.

It is possible to lose fat faster than this, but for the majority of people, 1-2 pounds per week is a safe range that will allow you to drop fat at a reasonable rate while keeping your appetite, energy levels, mood and training performance in check.

You might think that calorie counting is tedious or “too obsessive”, but if you’re serious about losing the fat then it’s just something you have to do, at least in the beginning stage until you get yourself on the right track.

If you simply eat “on the fly” out of instinct, you’ll almost always revert back to eating at your calorie maintenance level (or in a surplus), since that is what your body is naturally programmed to do when food is constantly available.

Besides, tracking this stuff isn’t nearly as hard as most people think, and it will quickly become something you don’t have to think too much about once you get the hang of it. (This is especially true if you’re like most people and tend to eat a relatively similar diet from day to day.)

Also keep in mind that you don’t have to be 100% dead-on with your calorie numbers every single day in order to get great results.

Fat loss is ultimately all about what you do in the big picture, and if you do go a bit over on some days it’s really not a big deal as long as you’re coming reasonably close on average throughout the week.

The Bottom Line On Your “Weight Loss Plateau”

At the end of the day, all this really comes down to is an issue of being more disciplined with tracking your food intake.

Fat loss is not nearly as complicated as most people make it out to be, and it’s really just a matter of creating and sustaining a calorie deficit over time.

Combine that with 3-4 weekly weight training sessions and some additional cardio, and you’ll be well on your way to consistently dropping fat every single week.

TRAINING EACH MUSCLE ONCE PER WEEK (EFFECTIVE OR WASTE OF TIME?)
GAINING FAT, NOT MUSCLE? 4 MISTAKES YOU’RE MAKING
HOW TO “CLEAN BULK” WITHOUT GAINING FAT (2 SIMPLE STEPS)
HOW TO RETURN TO THE GYM AFTER A TRAINING LAYOFF
WHY YOU NEED TO DO FACE PULLS (BENEFITS AND PROPER FORM)
HOW TO LOOK BIGGER AND MORE MUSCULAR IN CLOTHES (6 KEY TIPS)